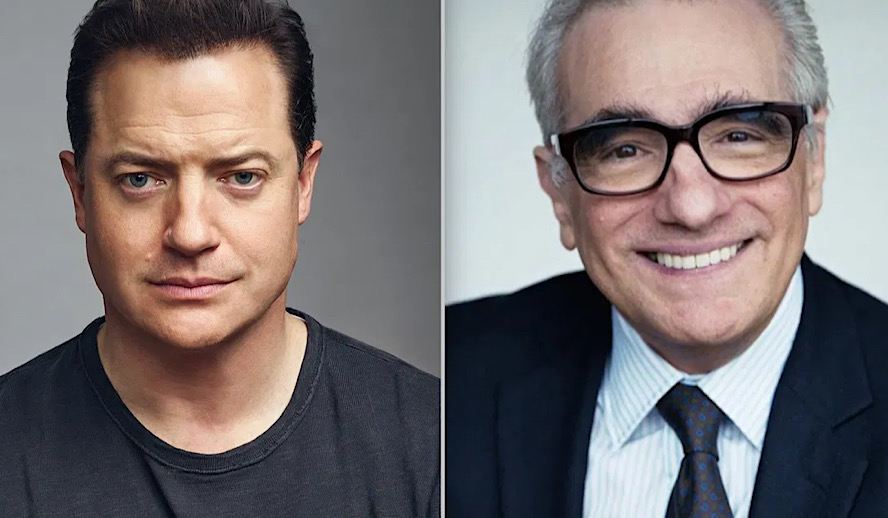 Photo: ‘Killer’s of the Flower Moon’

Fans have rejoiced at the announcement of Brendan Fraser joining Martin Scorsese’s $200 million film ‘Killers of the Flower Moon’ based on the nonfiction book ‘Killers of the Flower Moon: The Osage Murders and the Birth of the FBI’. written by David Grann. The film is a crime drama set in Oklahoma during the ’20s and delves into the slew of mysterious murders of members of the oil-rich Osage County, Oklahoma—known as the Osage Reign of Terror. This is Scorsese’s first film following ‘The Irishman’ which was nominated for ten academy awards and also his first time directing a Western film.

Scorsese spoke to IndieWire of his excitement for the upcoming project, “We are thrilled to finally start production on ‘Killers of the Flower Moon’ in Oklahoma. To be able to tell this story on the land where these events took place is incredibly important and critical to allowing us to portray an accurate depiction of the time and people. We’re grateful to Apple, the Oklahoma Film and Music Office, and The Osage Nation, especially all our Osage consultants and cultural advisors, as we prepare for this shoot. We’re excited to start working with our local cast and crew to bring this story to life on screen and immortalize a time in American history that should not be forgotten.”

While production for the film began in April of 2021 it wasn’t until early August that Fraser was announced as part of the cast. He is starring alongside Academy Award winners Leonardo DiCaprio (‘Once Upon a Time in Hollywood’) and Robert De Niro (‘The Irishman’), as well as Emmy, nominated actor Jesse Plemons (‘I’m Thinking of Ending Things’, ‘Jungle Cruise’).

Brendan Fraser’s Time Away from Hollywood

Brendan Fraser was a commonly spoken name in the 1990s and early 2000’s due to his famous roles in blockbusters such as ‘George of the Jungle’ and the immensely successful ‘The Mummy’ trilogy. While his career was flourishing, behind the scenes Fraser was dealing with a significant amount of baggage. Fraser ultimately left Hollywood for a decent chunk of time after he had been sexually assaulted by a former president of the Hollywood Foreign Press Association. Fraser’s physical health was also rapidly declining due to the wear and tear he had put on his body after all the incredibly physical roles he had performed in his career. He underwent a series of surgeries that kept him in and out of the hospital for nearly seven years which included a laminectomy, surgery on his vocal cords, and a partial knee replacement.

During this time he also grieved the loss of his mother and was finalizing a divorce from his wife Afton Smith. Recovering from these heartaches, procedures, as well as processing the previous assault, took a massive toll on the actor’s mental health, and he sunk into a deep depression. He felt his career was blacklisted due to the assault and in response became incredibly reclusive and ultimately stepped away from the spotlight and the entertainment industry altogether. In an interview with GQ he recalled these trying times, “Going to work—in between being in and out of those hospitals, that wasn’t always possible. So what I’m saying to you sounds, I hope, not like some sort of Hey, I had a boo-boo. I needed to put a Band-Aid on it, but more of an account of the reality of what I was walking around in. I changed houses; I went through a divorce. Some kids were born. I mean, they were born, but they’re growing up. I was going through things that mold and shape you in ways that you’re not ready for until you go through them.”

In recent years, Fraser has slowly begun reintroducing himself to film and television and fans are incredibly excited as he continues to attach himself to prominent projects with impressive cast lists and major film directors. He worked diligently on HBO Max’s Doom Patrol where he voices Cliff Steele/Roboman. The actor was most recently seen in Steven Soderberg’s period crime drama, ‘No Sudden Move’ and even made an appearance on the red carpet for the film at Tribeca Film Festival this past June. The film has an impressive ensemble cast including Julia Fox, Don Cheadle, Ray Liotta, as well as Benicio del Toro.

Fans are rejoicing his “comeback” to Hollywood and have even taken to social media to share their excitement and support for his upcoming projects. While we eagerly await ‘Killers of the Flower Moon’, we can also expect to see him in the upcoming film ’The Whale’ directed by Darren Aronofsky (‘mother!’) based on the play of the same name written by Samuel D. Hunter (‘Baskets’), who will also be penning the film version. ‘The Whale’ will certainly shed light on a more dramatic side of Fraser as he is set to play a grieving widow and reclusive writing instructor suffering from obesity who is making an effort to reconnect with his estranged teenage daughter. While nearly all information for the film is being kept under-wraps, we do know thanks to Fraser in an interview with Newsweek that plenty of makeup and prosthetics were required for the role. He added, “This is certainly far removed from anything I’ve ever done but not to be coy, I haven’t seen any of it yet but I do know it’s going to make a lasting impression.” Set to join him in ‘The Whale’ are Hong Chau (‘Downsizing’), Sadie Sink (‘Stranger Things’), Samantha Morton (‘Minority Report’), and Ty Simpkins (‘Iron Man 3’).

There is no current release date for ‘Killers of the Flower Moon’ or ‘The Whale’ but for now, you can catch Fraser in ‘No Sudden Move’ which is currently streaming on HBO Max. He also is set to appear in the upcoming comedy by Max Barbakow (‘Palm Springs’) ‘Brothers’, alongside Glenn Close, Peter Dinklage, Taylor Paige, and Josh Brolin which is currently in pre-production.