California Dreaming: 10 Shows and Films to Watch in Honor of the Golden State | California Movies and TV 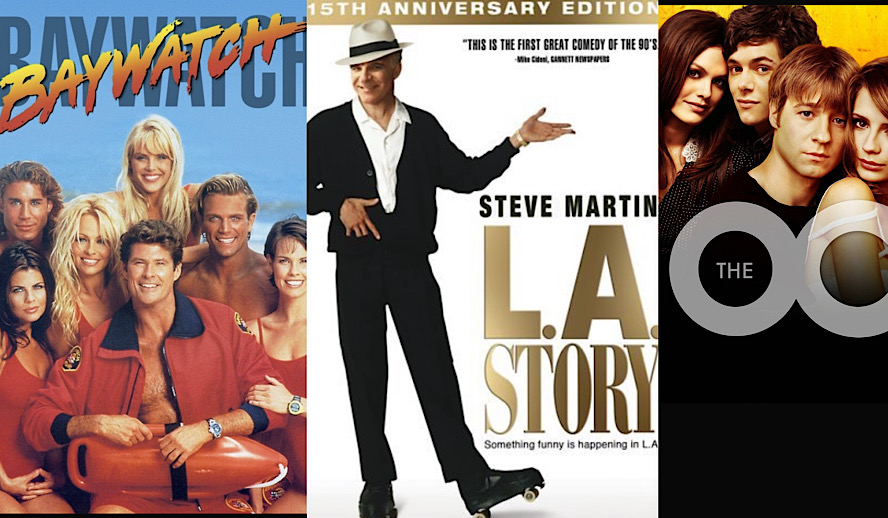 As a California native, I’m a huge fan of watching any shows or films that are set in my home state. With Los Angeles being only a short half-hour drive away from home, I naturally grew up in and out of the city. In addition to L.A. or the “city of stars” as it’s referred to in the Oscar-nominated feature ‘La La Land’, California has numerous bustling places, beautiful scenery, countless beaches, incredibly laid-back people, and is of course home to the film and entertainment industry (and lots of celebrity sightings!).

Here are my top ten picks of what to watch if you want an inside look as to what life in California is like.

‘Adam-12’ is a television series following Los Angeles Police Department officers Pete Malloy and Jim Reed (Martin Milner and Kent McCord). Running for seven seasons, it accurately depicts a cop’s typical day on the job and features footage of actual LAPD stations while the remaining of the filming locations while the officers were on patrol range from Downtown Los Angeles all the way to several locations within the San Fernando Valley.

Written by and starring Steve Martin this charming romantic comedy follows an L.A. weatherman in search of love, which can be difficult in the superficial city of dreamers and social climbers. This film is a fun and easy watch and received rather high praises from critics that explore and honestly uncover the kooky and famous city that is Los Angeles.

This classic television series running from 1989-2001 may seem like an obvious one, but absolutely belongs on this list. Following a group of perfectly tanned and beautiful lifeguards working at one of Los Angeles’ busiest resort beaches, this show follows this group on their everyday adventures all whilst navigating personal drama, relationships, and rescuing beachgoers, of course. This long-running series stars David Hasselhoff and Pamela Anderson and is sure to make you want to hit the L.A. beaches.

This film obviously pays tribute to one of Los Angeles’ major stereotypes. This 80’s film follows Julie (Deborah Foreman) the prissy girl from the valley who meets Randy (Nicolas Cage) a Hollywood punk and despite their differing backgrounds, the two fall for each other. Featuring some of LA’s most famous malls and restaurants this film is a great teen flick to watch in honor of Los Angeles.

Possibly one of the best romantic comedies starring Zooey Deschanel as Summer and Joseph Gordon-Levitt as Tom, the story follows these two characters who work together at a greeting card company. Tom was certain it was love at first sight, Summer however doesn’t believe in love. The movie features some of L.A.’s best spots in Downtown Los Angeles and is a must-watch for any rom-com fan.

Switching gears, The O.C. is by no means an Oscar-nominated film, it is however a fantastic teen drama to sink your teeth into if you’re jonesing to immerse yourself in the privilege and drama that finds itself amongst the privileged teens of Newport Beach in Orange County, California. Set only a couple hours outside of Los Angeles, the show centers around Ryan Atwood, a troubled teen who gets adopted by a wealthy and charitable couple who struggles to navigate this new high-class world with his foster brother. The series showcases some of California’s most beautiful beaches and staples of O.C. such as the Balboa Fun Zone, Fisherman’s Village in Marina del Rey and Fashion Island, Newport Beach’s luxurious outdoor mall. This series originally aired on FOX and is currently streaming on HBO Max.

For those that are unfamiliar, ‘Beverly Hills, 90201’ revolves around a group of posh and privileged teens living in Beverly Hills, California. This show over any other perfectly depicts what life living in B.H. is like. The sense of fashion, beauty and lavish way of living is so authentically portrayed in this series. While many locations mentioned on the show are fictional, the entirety of the show was filmed in California. Their fictitious high school, for example, “West Beverly Hills High” actually took place at Notre Dame High School in Sherman Oaks.

While many scenes were filmed at famous Los Angeles and specifically Beverly Hills locations, most of the interior shots were filmed on a sound stage in Van Nuys, CA. The 90’s series was granted a spin-off in 2008 this time simply titled ‘90210’ with a brand-new cast with the exclusion of a few of the original actors that reprised versions of their original roles. It was rebooted once again in 2019 with the title ‘BH90210’ with the majority of the original cast which ran for one season on FOX. Fun fact—90210 is the city’s actual zip code!

This mini-series currently streaming on Netflix was created by Ryan Murphy (‘American Horror Story’, ‘Scream Queens’) and Ian Brennan. It is set in post-World War II Hollywood and follows a group of aspiring actors and filmmakers who will stop at nothing to make their dreams to work in front or behind the camera come true. The show stars Darren Criss, David Corenswet, Jeremy Pope, Dylan McDermott, and Laura Harrier. I love how this show depicts the honest struggles and hoops aspiring actors will jump through to make their dreams a reality. This mini-series even received 12 Emmy nominations as it was praised by many. It is the perfect series to binge to get an inside scoop of the glitz and glamor of old Hollywood.

2. ‘Once Upon a Time in Hollywood’

This famous Quentin Tarantino film has one of the largest star-studded casts I’ve seen to date. The year is 1969, set entirely in Hollywood, Tarantino’s film tells the story of a washed-up TV actor (Leonardo DiCaprio) and his friend/stunt double (Brad Pitt) who are trying to revive their on-screen careers. This film features some of LA’s most famous locations such as the Playboy Mansion, the Bruin Theater, Melrose Ave, LAX, Paramount Drive-In Theaters, Casa Vega, and Musso & Frank Grill, Hollywood’s oldest restaurant.

While also one of my all-time favorites, this film beautifully depicts Los Angeles with its vibrant scenery, many walks of life, and a painfully accurate portrayal of exactly how hard it is for many to become an actor. This film truly has it all: the most beautiful love story, an amazing soundtrack to accompany the movie, the most gorgeous and famous sights that Los Angeles has to offer as well as Emma Stone and Ryan Gosling. What more could one truly want from a film?