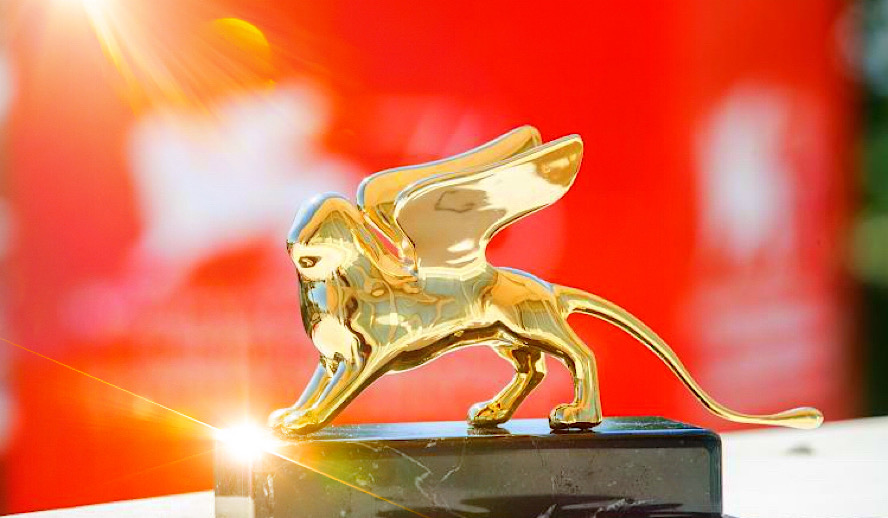 The Venice International Film Festival is one of the oldest film festivals and one of the “Big Five” film festivals held each year. With the coronavirus pandemic this year, no one was sure how exactly the festival would go on as planned. It turned out to be the first major event to take place in Europe since the virus’s outbreak, although with limited capacity and attendees wearing face masks.

In honor of this year’s festival which was held from September 2nd to September 12th, here are 32 facts of Venice Film Festival.

#1 The festival takes place on the Lido

Lido is a long thin island in the Venice Lagoon. This means it is a bit away from the tourist-clogged areas of Venice, allowing space for famous stars to walk around in peace.

The Venice Film Festival was first held in August of 1932.

#3 It was created by Giuseppe Volpi, Luciano de Feo, and Antonio Maraini

Giuseppe Volpi—who had been Benito Mussolini’s minister of finance—was appointed as the president of the festival, Luciano de Feo was the head of the executive committee, and Antonio Maraini was the festival’s secretary-general.

This is where many films make their debut and start the circuit. Not to mention the beautiful location, to the average cinema-lover it may not seem like much, but within the world of actors, directors, and production crews involved in the making films, this event is a big deal.

In 1951, the Japanese film Rashômon (1950) by Akira Kurosawa, the first Japanese film to be shown in the West, won the Golden Lion for best film. It told the story revolving around the death of a Samurai in a remote village. Venice had long been a two-way gate between the East and West for centuries of trade, and this Japanese Film started the two-way portal for Cinema between the East and West as well. This historic tradition continues on to this day with Easten Cinema entering Europe through Venice Film Festival.

La Biennale di Venezia is one of the world’s oldest exhibitions of art, created on April 19th, 1893 by the Venice City Council. This expansive exhibition of art includes Italian and international art, architecture, theater, dance, music, and cinema.

There are 7 major awards: The Golden Lion, the Silver Lion, two Volpi Cups for best actor and actress, Marcello Mastroianni Award for best young actor or actress, the Osella awarded to “off-screen characters” (ex. writers, cameramen, etc.), and a special prize of the jury.

There are 7 programs: the main competition, Horizons program for games and documentaries, short film competition, non-competition screenings, a section of an independent and parallel cinema, the film market forum, where the largest trading companies present new items for distributors, and Luigi de Laurentiis prize for beginners.

Furthermore, 7 is the minimum number of the main competition jury. I guess they really like the number 7.

This was because the Allies had confiscated the Palace (Palazzo del Cinema), forcing the festival to move locations for that year.

Stars float in on boats, a great picture that photographers love to get

This is most likely because organizers and judges are all very careful in their selection of participants for the main award, the Golden Lion.

#12 Only four people have ever been twice laureates

The Frenchmen André Cayatte and Louis Malle, and the Chinese Yimou Zhang and Ang Lee are the only people to have won two of the major awards.

#13 The films shown at the festival are exclusive

The films shown at the Venice Film Festival must have not been presented at any other international film festival, cinematographic events, or had any form of commercial distribution or exhibition. In other words, they have never been seen by audiences before their premiere at the festival.

#14 This year is the 77th Venice International Film Festival

Despite the coronavirus pandemic, this year the Venice Film Festival was held from September 2nd to September 12th.

#15 The first film ever shown at the festival was Dr. Jekyll and Mr. Hyde

On August 6, 1932, a screening of the American film Dr. Jekyll and Mr. Hyde was presented on the terrace of the Excelsior Palace Hotel, opened the festival.

#16 No awards were given at the first-ever festival

Instead of awards, they conducted an audience referendum to determine which of the performances and films were most worthy of praise.

The French film À Nous la Liberté was voted the Funniest Film (Film Più Divertente). The Sin of Madelon Claudet was chosen as the Most Moving Film (the Film Più Commovente) and its star, Helen Hayes, was voted as the best actress. Lastly, Dr. Jekyll and Mr. Hyde was voted the Most Original Film (Film dalla fantasia più originale) and its leading man, Fredric March, was voted best actor.

Even though the first festival, held in 1932, was an immense success, it did not occur again in 1933. Instead, it resumed in 1934, where it was officially declared to be an annual event and participation rose from 9 countries to 17 countries.

This became the permanent home of the Venice Film Festival.

#20  In 2012 the Festival introduced an interesting innovation

Some of the movies presented to the public for the first time at the festival could be watched online on the official website. The cost of the subscription to watch a single movie is approximately equal to the price of a cinema ticket so many were not sure this was a worthwhile change.

This means that there are not hour-long waits to get in to see any particular film or possibly lose the opportunity to see a masterpiece, you can simply catch it later.

Marlon Brando’s reputation was cemented as an acting great with the screening of On the Waterfront (1954) that impressed critics all over the world. The 30-year-old Marlon Brando charmed audiences as a timeless talent and irresistible sex symbol since his appearance on the magnetic shores of the Lido. After being showcased at the festival, his film was nominated for 12 Oscars in February 1955 and won eight of them, including Brando’s first best actor award. Such is the power and influence of Venice Film Festival.

#24 Just because audiences and critics love a film, doesn’t mean it will win a jury prize

A notable case where this occurred was with the films Senso by Luchino Visconti and La strada by Federico Fellini, both favored to win the Golden Lion in 1954. Unexpectedly, Renato Castellani’s Romeo and Juliet received the Golden Lion award instead.

Jennifer Lawrence won this award at the Venice Film Festival in 2008 when she was only 18 years old, for the film The Burning Plane, and eventually went on to star in The Hunger Games films, Silver Linings Playbook, American Hustle, as well as other notable films. Another example is Tye Sheridan, who won the award in 2013 for his role in Joe, and went on to star in the Steven Spielberg-directed film Ready Player One.

Such films are: Gravity, Birdman, Spotlight, La La Land, The Shape of Water, Roma, and Joker.

The divinely talented Tom Ford was already one of the greatest fashion designers in the world when he decided to debut his talents as a film director. ‘A Single Man’ has gone on to be an extremely successful film since its premiere and win at the Venice Film Festival. The film starred Colin Firth, Matthew Goode, Jon Kortajarena, Julianne Moore and Nicholas Hoult.

The 56th Venice Film Festival opened with the premiere of Stanley Kubrick’s last film, a posthumous presentation of Eyes Wide Shut (1999). That was during the height of the A-List couple Tom Cruise and Nicole Kidman bringing the world’s attention to the lagoon.

#30 The elevation and recognition of Pedro Almodóvar

In 1988, Pedro Almodóvar, was given a global platform by the Venice Film Festival. The unknown Spanish director and screenwriter premiered his movie Women on the Verge of a Nervous Breakdown for which he won the Osella prize for best story. This cemented the future of Almodóvar’s dazzling career with much critical success.

This is impressive as the Golden Lion is one of the most prestigious cinema awards, although other countries do have the U.S. beat in the number, primarily France and Italy, long-time cinematographic rivals.

Tilda Swinton highlighted Chadwick Boseman and his film ‘Black Panther’, while thanking the Venice Film Festival. “the most venerable and majestic film festival on Earth. We can continue to rely on the great, elastic, wide, wild, bouncy, boundary-less, and perpetually inclusive state of cinema. We have everything we need. The magic carpet is flying still and ever shall be — the best possible personal protective equipment for the soul. Viva Venezia. Cinema cinema cinema. Wakanda Forever. Nothing but love.”