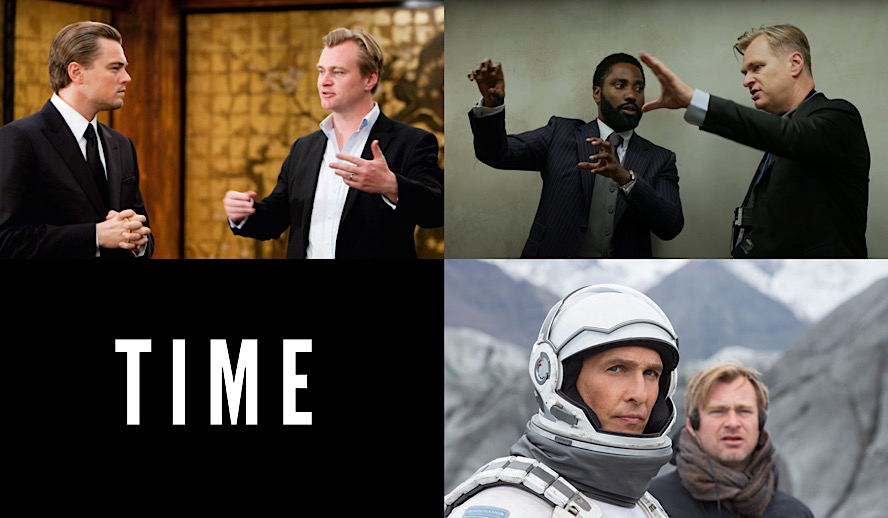 A Tribute to Christopher Nolan

Christopher Nolan is one of the most successful filmmakers in the world. He is known for creating critically acclaimed blockbusters, which are backed with arduous research, impactful screenwriting, and painstaking years of development. For example, it took him ten years to write his 2010 blockbuster hit, Inception. He has been nominated for five Oscars for his movies, two of which were Best Picture nominations. He is also known as an enigma in the film world and is notoriously private and unapproachable. To celebrate the upcoming new Nolan release Tenet, we will delve into the mind and creative process of the most interesting and deep-minded filmmaker in Hollywood for two of his movies, Inception and Interstellar.

Nolan movies are their own unique interpretations of different genres, which we will discuss further into the piece. His “X factor” is that he is a master at combining commercial box-office-breaking cinema with the artistic quality of independent cinema, which does not come naturally to many filmmakers. The success of his The Dark Knight Trilogy is proof of this; he took a superhero flick as commercial as Batman and enhanced it with such intelligent scriptwriting that he effectively turned it into a neo-noir masterpiece.

WHAT IS NEO NOIR AND HOW DOES CHRISTOPHER NOLAN INTERPRET IT?

The film genre called neo-noir is the modern interpretation of the 1940s-1950s genre “noir”, which dealt with crime, combined with darker and more subjective themes of morality. Traditional noir films usually featured a private detective as a lead character, exploring dark crimes, with morally subjective scenarios, and prompting the audience to re-analyze their notions. Nolan is a clear fan as these themes are common in most of his movies. However, his personal interpretation of this genre is what makes him unique as a filmmaker.

In what I call the “Nolan effect”, he masterfully introduces an extra layer of a mind-bending element into the narrative to further push his audience’s minds. In Inception, the ensemble attempts to plant an idea into someone’s brain by entering their subconscious via their dreams. Although entering someone’s dream is not possible as of right now (at least not commonly available as far as we know), the way the movie is made portrays it as something that could be possible in the not-so-distant future. The film deals with the morality of making such decisions; whether it is morally acceptable to go into someone’s brain which is their most private, safest place, and steal their thoughts and plant ideas.

In Interstellar, which is not completely noir as it is missing the crime element, the characters were constantly faced with making moral decisions with incomplete knowledge in a dangerous and unexplored part of space. The decisions require the characters to pit their own interests against what is better for the human race. Dr. Brand had to choose between seeing her lover Dr. Edmund or going to the planet which showed better potential to save humanity. Cooper had to choose between saving his family and saving the human race. Science has always tried and failed to solve moral questions. Nolan uses his master storytelling to make us ponder the future of scientific discovery, and what that means for us as humanity, making it widely known as one of the best sci-fi movies ever made (comparable only to Stanley Kubrick’s 1968 movie 2001: A Space Odyssey).

An important point to talk about is that the moral conflicts in his film are never inserted only as a plot device to further the storyline and to create tension. While it certainly does those things, there is an elegance to the storytelling that makes it seem natural and unforced. It helps you develop empathy for the characters and their situations. Moral conflicts in most commercial films are usually added as a plot device to create dramatic moments, and often come across as inauthentic because there is always an implied “right” and “wrong”. This disregards the nuanced aspects of real-world morality and is devoid of the concept of subjective morality.

Nolan’s protagonists have the right intentions but are shown as real flawed characters with their own selfish motives. In Inception, Cobb was lying to his team and putting them in danger because he wanted to get back to his children. In Interstellar, Cooper most probably knew he was never coming back, but he left his kids behind with little to no explanation to them. What stands out is that Nolan never implies that they are right or wrong in taking a certain course of action, he simply shows us their choices and asks us to judge for ourselves. There is never any implication of virtue signaling. All of these elements make his own personal brand of neo-noir some of the most intelligent and thought-provoking films of the genre.

THE ASTOUNDING SCIENCE, ENGINEERING AND RESEARCH BEHIND HIS MOVIES

Science fiction has been a well-played out Hollywood genre. It usually combines elements from the action genre and routinely features over-the-top action sequences designed to attract a large commercial audience. The “science” in them is quite limited, it is used as a preliminary framework and the script ricochets off of that into fantasy elements with no scientific basis. The Achilles Heel for most sci-fi movies is that they’re forced to be fantastical and take extreme liberties to make the events in the movie interesting enough for a commercial movie audience.

Completely opposite to this is Nolan’s approach to filmmaking. He has a talent for using real scientific theories to create situations which may seem unreal at the time, but have enough scientific backing to be plausible and not pure fantasy. An example of this is in Inception when he uses real oneirology phenomena such as lucid dreaming and false awakening as the basis for his shared dream experiences.

In Interstellar, Nobel prize-winning physicist Kip Thorne, who was a scientific consultant, created equations that the VFX team used in their software to create the most accurate depictions of a wormhole and black hole ever seen in cinema. In fact, the visual image of a black hole in Interstellar accurately predicted the look of the real black hole which was only later photographed in real-life after the film was released. The similarity between Nolan’s virtual one and the real one is striking. In addition, the popular consensus amongst scientists is that all the events in Interstellar are scientifically accurate (with the exception of the ice clouds).  This level of scientific accuracy makes the situations shown in the movie especially thrilling as the audience can imagine them happen in real life.

The movie also deals with the scientific theories of gravitational time dilation, Einstein’s theory of relativity (concept of space-time), and singularity. All of these concepts are usually reserved for the scientific community, and cannot be expected to be understood or even interesting enough to a wider audience. Nolan’s filmmaking and scriptwriting simplify these concepts and translates them into commercial cinema without compromising their meaning. His movies have made science more accessible to people who would not traditionally be exposed to it. Various Interstellar discussion threads prove this, where everyday people talk about the scientific theories they researched after watching Interstellar.

The beauty of his films is that you can always expect to enjoy them as well as come out learning something new from them. They broaden your minds, expand your horizons, and make you think more deeply about concepts that were lost on you before. They are not just movies, they are experiences.

Nolan’s newest film Tenet seemingly combines the crime elements of Inception and the physics elements of Interstellar; a crime ensemble film with elements relating to relativity of time. The release was scheduled in June this year but was pushed back twice due to the COVID-19 pandemic. Nolan wants the movie to be watched in theatres, which seems to be an important rule for him. His style is designing movies to be breathtaking theatre experiences. For the release of Interstellar, he went to individual New York theatres to see whether his intended effect of cinematography, lighting, and sound translated into the theatre correctly.

The two released trailers are purposely vague. Perhaps this is a tactic to increase curiosity amongst viewers, or maybe more information would spoil the movie’s intended effect. From what we can gather from the trailers, the movie is about an international spy group whose purpose is to stop World War 3 from happening. The “Nolan effect” aspect of the movie is the concept of time reversal. In many shots of the trailer, time seems to go in reverse. This will lend the “Inception” feel to the movie, which is making some fans speculate that it is a possible sequel to Inception. This movie is his biggest yet, with a $205 million budget and shot in seven different countries. We, the viewers, can only wait with bated breath for the next Nolan “experience” to make us question reality as we know it yet again.