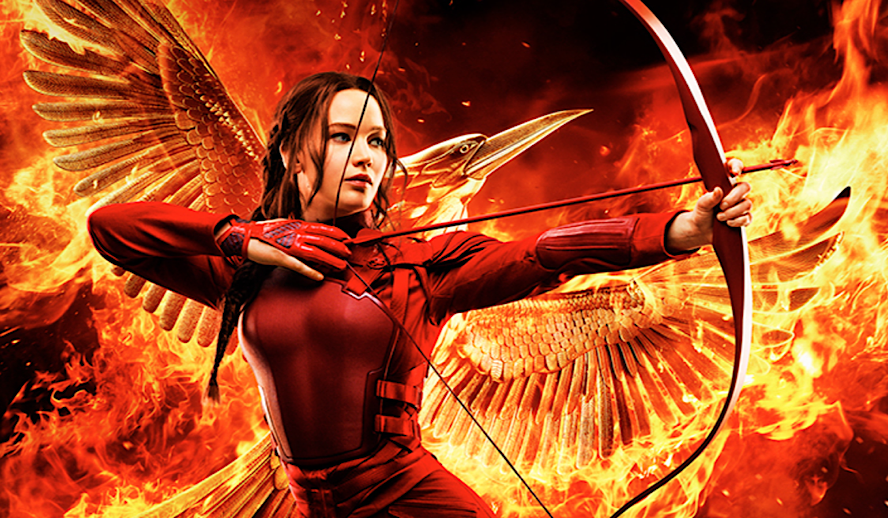 Over my many years of media consumption, I have noticed the trend that is Hollywood often finding subtle and humorous ways to critique themselves and the toxic culture of fame and fortune. This theme of self-critique has become more apparent in recent programs. They allude to the chaotic, nonsensical, and sometimes sinister themes and occurrences that happen within the world of entertainment and technological advancements. This satirical approach often goes unnoticed by many viewers.

Could this just simply be satire? Or could these depictions imply how far people are and will be willing to go for the sake of entertainment and profit? In this article, I will be comparing some popular science/speculative fiction films and series to real events in Hollywood, and in the modern entertainment industry, in general.

Related article: SNL 10-to-1 Sketches: A Showcase for the Weird and Zany | Saturday Night Live

Entertainment vs Reality – What’s The Next Extreme?

When discussing this kind of theme of how dystopian universes are similar to our reality, one novel/film that comes to mind immediately is ‘The Hunger Games’. This film not only showed a dystopian universe in which the middle class was eliminated, but it also displayed the drastic measures the upper class would take in our to satisfy their hunger for fame, money, and power. One aspect of this story that feels very similar to our real world, is fashion. In the scene where the world is introduced to the contestants, they are brought out in extremely lavish, over-the-top couture. This is where the main protagonist, Katniss Everdeen, gets coined as ‘The Girl on Fire’. Her dress literally, yet purposefully engulfs in flames as she twirls for the crowd.

This scene as a whole reminds of the events such as The Oscars, The Golden Globes, and the Met Gala. These events are meant to acknowledge celebrities for their accomplishments, and award them for them. However, they start to feel less about the achievements within their career, and more about a competition between who can produce the most jaw-dropping fashion statements. It seems that the couture gets more and more outlandish with each event. This can be compared to the bold and tall wigs, creative grooming styles, and abstract makeup that the elite sport during ‘The Hunger Games’.

The main connection that I believe ‘The Hunger Games’ series’ has with the entertainment industry and extraordinarily wealthy upper class, is its need for extreme competition amongst people who are in dire need of money. The competition shows that come to mind are shows such as ‘Survivor’, ‘Fear Factor’ and ‘The Challenge’. These are all shows that basically put their contestants through physical and mental torture, all for the prospect of a mediocre chunk of money.

Of course, television hasn’t gone to the extent of having its contestants literally fight to the death. However, you can’t deny how thought-provoking this is. Who knows the extreme lengths a production will go in order to create entertainment that will accumulate a large amount of wealth. Just how far can a person be pushed in order to make some cash, themselves?

Making Us Look In The Mirror

This “How far is too far?” trope is also very prevalent in the Netflix original series, ‘Black Mirror’. ‘Black Mirror’ is an Anthology and speculative fiction series that delves into the dangers that advanced technology and new methods of entertainment can bring to humanity. The episodes that stand out to me the most are ‘Fifteen Million Merits’, the second episode of the first season, and ‘Be Right Back’ which is the first episode of the second season.

These episodes come to mind almost immediately, regarding this particular topic, because they seem the closest to our reality. The situations and inventions in these episodes are so easily obtainable, considering the type of centralized entertainment audiences indulge in today and the path of inventions that are being produced in this day and age.

‘Fifteen Million Merits’ is a satirical approach that critiques our need for cheap entertainment and distractions. The characters are stuck in a world with only a few programs to choose from. The programs are a singing competition, a show solely based on torturing and poking fun at overweight people, and pornography. While most people are content with this bleak lifestyle, some still dream of escaping.

Though, the only way of escaping is showcasing your talents through the singing competition. If you aren’t good enough according to the judge’s standards, your only other options are subjecting yourself to humiliation and torture, or becoming a porn star. I think these three tiers of entertainment depicted in the show are accurate in terms of what sells in Hollywood. The major selling points being, talent, misfortune, or sex. We are so engrossed in the media that we consume, that it can seem as though we’re trapped in our own meaningless bubbles. Sometimes I find it frightening just how much of our lives are becoming virtual every day.

In the episode ‘Be Right Back’, a young woman loses her significant other in an accident. She battles with the grief and anguish in a seemingly healthy way, before being introduced to the software that mimics the mannerisms and speech patterns of the deceased. She began to have conversations with her partner online as if he was never really gone. Soon this method of communication gets old for the woman, and she decides to take it to the next level. An upgrade in the software allows you to make a clone of your passed loved one, which transfers all of the mannerisms and speech patterns previously downloaded. What feels like a good idea at first, quickly turns into an uncanny burden.

I know that cloning is a scientific advancement that has been in the works for quite some time now. Scientists have tested genetic engineering and replication in animals, but who knows how long it will be until scientists start experimenting on humans. Both ‘The Hunger Games’ and ‘Black Mirror’ are just very few examples of how Hollywood uses Cinema as a tool not only to poke fun at their own flaws, but to also warn audiences about the potential dangers of excessive innovation, and people’s uncontrollable hunger for new content. Sometimes the juxtaposition can be funny, in the same way, comedians laugh at themselves.

However, I find that most times it can be disturbing and quite frightening too. Self-reflection can be daunting. You may find plenty of these satirical messages sprinkled in different films and series, you just have to look hard enough.