‘Why Women Kill’ Moves to Paramount+ for Season 2: Why You Should Watch 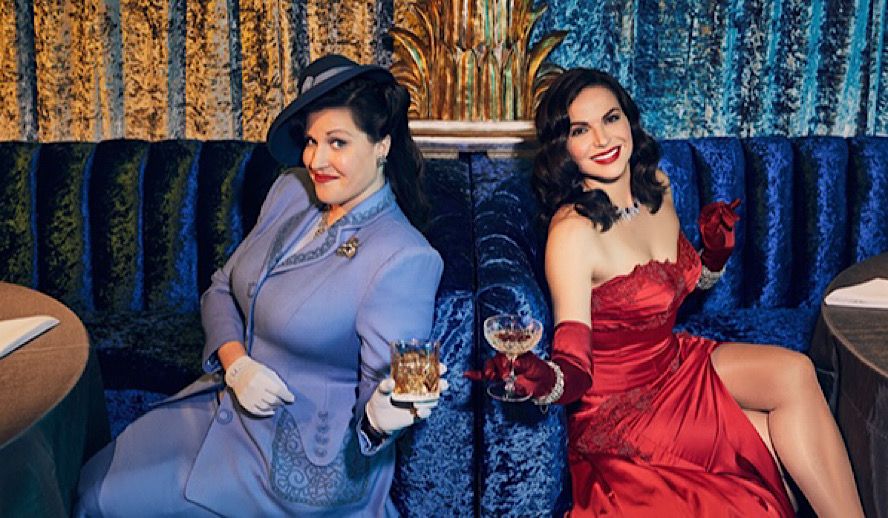 ‘Why Women Kill’ Moves to Paramount+

As a huge fan of ‘Why Women Kill’ I have been anxiously awaiting for the second season to premiere, considering it has been a year since the first season concluded. Previously airing on CBS All Access the show has now transitioned to Paramount+ as its new home. In attempts to boost viewership and subscription services, CBS All Access announced a rebranding of their platform in mid-January of 2021 and launched officially on March 4, 2021. ‘Why Women Kill’ is one of many original series that are now streaming on the app.

Related article: Everything We Know About ‘My Policeman’ Starring Harry Styles, Emma Corrin, and David Dawson

The show was created by the tremendously successful Marc Cherry, who is probably best known for ABC’s ‘Desperate Housewives’ which aired for eight seasons. In 2018 ‘Why Women Kill’  was granted a straight to series order for CBS’s streaming service and made its debut on August 15, 2019. It was then announced two months later that the show had been renewed for a season 2 due to its large success. It even became one of the network’s most-watched original series. Produced by Imagine Television Studios and CBS Television Studios, Cherry produced alongside Brian Grazer, Michael Hanel, Mindy Schultheis, Francie Calfo, and Marc Webb.

Season 1 – A Major Hit With Audiences

I found this series empowering in more ways than one but I really enjoyed seeing how the role of a woman shifted over the years and watching three incredibly talented actresses (Ginnifer Goodwin, Lucy Liu, and Kirby Howell-Baptiste) lead this dark comedy. Season one focused on these three women’s characters all taking place in the same luxurious mansion located in Pasadena, California yet all in different decades. Each woman is experiencing infidelity and betrayal in their marriages. Goodwin’s character, Beth Ann Stanton, is set in 1963 who is an adoring housewife who finds out her husband has been cheating.

Simone Grove an aristocrat in the 80’s played by Lucy Liu has discovered her husband’s homosexuality and Taylor Harding played by Howell-Baptiste’s in current time is attempting to navigate an open marriage where she and her husband become interested in the same woman (Alexandra Daddario). As if the lives of these characters aren’t dramatic enough, each of them ends up with blood on their hands, a slight nod to the title of the show perhaps. However, the motives behind the murder may not be as obvious as you might think. You’ll have to get caught up with season one to see just how these crimes play out and whether or not these three leading ladies have anything to do with them.

The soapy nature of this show had me hooked from the very first episode. Each woman’s storyline was so different from the next but equally as compelling. It was also so enthralling (and aesthetically pleasing) to move from decade to decade and watch how the clothing styles differed as well as the stylistic changes in hair and makeup along with the set decoration which drastically shifted in each time period.

Season 2 – What to Expect

In contrast to the popular first season, season two takes place entirely in Los Angeles in the year 1949. Centering around the life of Alma Fillcot (Allison Tolman: ‘Fargo’, ‘Good Girls’) a rather dowdy and reclusive housewife who dreams of being a part of her elite local gardening club however doesn’t fit in amongst the other gaudy, well-dressed women on the committee. Relatable to many viewers, it shows the struggle of wanting to fit in somewhere where you aren’t completely welcomed, and that sense of wanting to belong is incredibly humbling and identifiable.

Even outside of her desire to join the gardening club, Fillcot and her daughter Dee (B.K. Cannon ‘Switched at Birth’, ‘The Politician’) struggle to blend into a city where looks mean everything. Neither shies away from the topic of how being two heavyset women in a town full of perfectly sculpted and well-dressed females affects their everyday life regarding inclusion, their relationships, and how they are treated by peers.

Of course, there has to be a villain, right? Season two simply wouldn’t be the same without the despicable Rita Castillo (Lana Parrilla, ‘Once Upon a Time’, ‘Windfall’, ‘Miami Medical’). Castillo and Fillcot have moments of friendship that ultimately get completely obliterated and the two quickly become sworn enemies. Amongst Castillo are her high-class, coiffed, and beautiful club members who refused to make Alma Fillcot’s life any easier. In an interview with Entertainment Weekly, creator Marc Cherry describes the relationship between these two women, “Rita, who takes a swipe at Alma, doesn’t understand that Alma has a horrible tool at her disposal.

The interesting trajectory of the series is how Alma gains power and confidence and starts to become more and more beautiful and stylish.” He also describes that the role of Rita was originally intended for Eva Longoria, as a nod to his previous hit show ‘Desperate Housewives’. He states, “I wrote the part for my good friend Eva Longoria, but by the time we were doing it she was going to start directing a movie,” he says. “It was Eva who said, ‘Marc, do you know the work of my friend of Lana Parrilla?’ Eva hooked us up.”

Luckily enough, Lana Parrilla was absolutely perfect for the role. In a piece for Yahoo! the actress talks about how much fun it was to essentially play dress-up for the show. The glamorous 1940’s outfits are all thanks to the Emmy award-winning costume designer Janie Bryant who has worked on projects such as ‘Mad Men’, ‘It’, and ‘Deadwood’. The actress credited her brilliant work which gave her character that “sort of Hollywood movie star look of that period,” adding: “I personally feel it was probably one of the best decades of fashion in our history of fashion.”

Along with the fashion in season 2, audiences can expect loads of secrets, drama, and even more murders than the first season. ‘Why Women Kill’ premiered its first two episodes of the season Thursday, June 3 on Paramount+ with new episodes dropping for the following eight Thursdays.