‘Catch and Kill: The Podcast Tapes’ Brings Faces To The Uncovering Of A Hollywood Predator 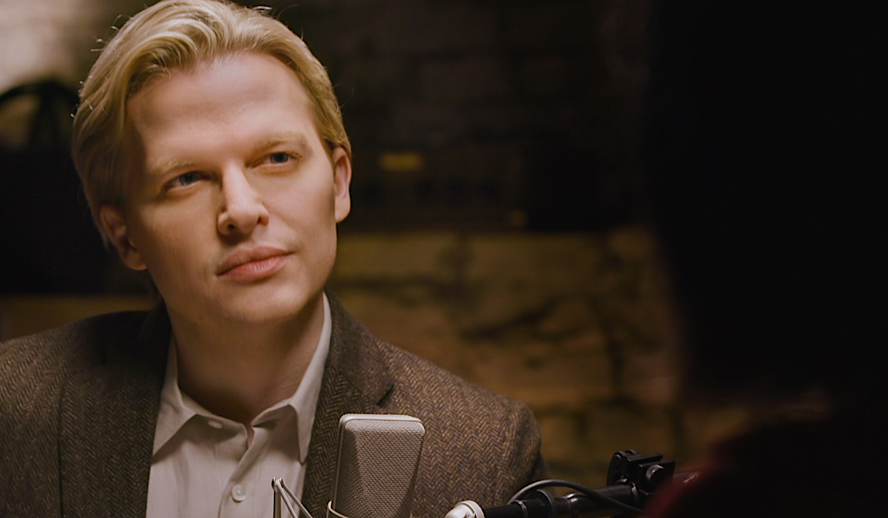 Ronan Farrow’s New Yorker article about Harvey Weinstein’s sexual abuse and assault of many women in the film industry opened the floodgates to men in all areas of the world getting held accountable for being sexual predators. This one article led to a massive shift in culture in the United States, with women feeling more empowered to stand up for themselves, to take action against those who had abused or assaulted them, and most importantly made all who had been abused or assaulted feel truly heard, understood, and most importantly believed for a change. However, the road to reaching that point and creating that exposé was long and harrowing which is what the new HBO limited docu-series ‘Catch and Kill: The Podcast Tapes’ sets out to show viewers.

In 2017, Ronan Farrow published an exposé in The New Yorker with evidence and testimony from many sources that movie mogul Harvey Weinstein had sexually abused, assaulted, and raped many women over the course of his years as a powerful producer. This article leads to the opening of the floodgates for powerful men who had sexually abused and assaulted others to be taken down and finally face some consequences for their actions which we all know as #MeToo. This was not the first time someone had tried to break this story but this was the first time someone had actually been successful in publishing the story.

In October of 2019, Farrow published the book ‘Catch and Kill’ which detailed his experience investigating and forming his New Yorker story, from what caused him to decide to take on the story, how he found his sources, how the story went from being an NBC news story to an article at The New Yorker, some of the aftermath to the story, and the spy-thriller element that followed Farrow as he put all of this together. Much of the book involved interviews he conducted afterward with those who helped him put the story together and their perspective on the process.

Farrow released those interviews in the form of a podcast after the release of the book and then HBO took the video forms of those interviews and created a six-part series, just like the podcast, but creating a visual story that pieces together the process in creating one of the most important pieces of journalism in recent years and set Farrow up to be one of the most prominent investigative reporters of our time.

‘Catch and Kill: The Podcast Tapes’ opens with Farrow’s interview with Ambra Gutierrez, who had one of the most damning pieces of evidence against Weinstein and had even worked with the police to catch him a couple of years before but for some reason (revealed in the series) she was told they did not have enough to bring charges against the producer. The second episode talks to the reporters who had attempted to break this story in the years before Farrow and how the former movie mogul was able to prevent those stories from being published.

The third episode speaks with employees who had worked at Miramax, two of whom had been assaulted by Weinstein, and how he had been able to get away with what he did for so long and how his influence over the film industry had prevented them from really being able to move on in their professional lives for a long time. The fourth and fifth episodes talk to those who helped break the 2017 story, specifically Farrow’s NBC News producer who was with him throughout the whole process, and the employees at The New Yorker who approved and fact-checked the story. The last episode is a conversation with the spy who had been hired by Weinstein to follow Farrow and find out what was happening with his reporting in the creation process.

What We Can Learn From This Reporting

One of the big takeaways from this series is how little women are believed when they present allegations against someone, especially if it is against someone powerful. Yes, this might seem like beating a dead horse at this point but it is entirely true. Many of these women had tried to tell their stories before Farrow approached them, some even going to the authorities with this, but because someone of Weinstein’s stature was the culprit of these crimes the women were either ignored or pressured into taking a deal that would leave them suffering alone afterward and unable to speak of what happened without literally losing everything.

Even for the men involved with breaking this story- the producer, the employees of The New Yorker, even Farrow himself- this kind of story against this kind of figure required putting their careers and livelihoods on the line for the greater good because otherwise there would be no justice for these women because their stories would continue to get NDA’d and paid off for silence for many more years. Sexual assault was already the most unreported violent crime in part due to fear of not being believed, but this reporting and this watershed moment has helped to change the culture surrounding that, making women outside of the entertainment industry feel more secure in making these reports since the culture around believing women is shifting more into the women’s favor because of this exposé.

This docu-series also shows a great deal of what goes into the journalistic process. This was not just a story that Farrow wrote and submitted in a short period of time; it took him almost two years of research, finding sources, interviewing them, corroborating facts, and piecing together a narrative that would ultimately change Hollywood and the culture surrounding sexual assault forever. ‘Catch and Kill: The Podcast Tapes’ ultimately provides transparency to how a news story of this caliber is built, who the brave people behind the story are and giving them their credit, and also how a true story of this nature can also be such a captivating and distressing narrative that everyone needs to hear.

All six episodes of ‘Catch and Kill: The Podcast Tapes’ are available to stream on HBO Max.

If you or someone you know has been a victim of sexual violence please call the National Sexual Assault Hotline (1-800-656-4673) or go to rainn.org.