Emilia Clarke’s ‘Above Suspicion’: A Re-telling of a Shocking Crime – Must Watch 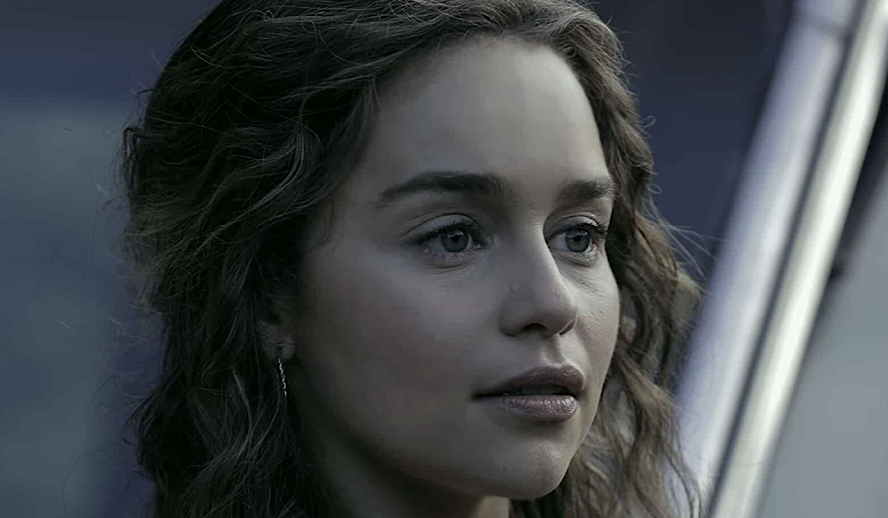 Although released in other countries as early as 2019, just a week ago on May 7th, ‘Above Suspicion’ was officially distributed by Lionsgate and released in theaters in the U.S. Quickly after its release, on May 12th,  the drama became available to rent on Amazon Prime Video. This definitely raised some suspicion on whether I thought his film would be good or not, considering how quickly it became available to a streaming service. I have to say, I am very pleasantly surprised by this film. I believe the director, Phillip Noyce, along with writers, Chris Gerolmo and Joe Sharkey are the ones to praise for bringing this shocking story to life through writing and visuals. ‘Above Suspicion’ features an interesting combination of castmates.

The leading lady of the film is none other than Emilia Clarke. You may recognize her as her iconic role as the ruthless dragon queen, Daenery’s Targaryen, in HBO hit series, ‘Game of Thrones’. You may also recognize her as, Qi’ra, in the 2018 ‘Star Wars’ spinoff, ‘Solo: A Star Wars Story’, as well as her 2015 role as Sarah Connor in ‘Terminator Genisys’. She is definitely well known for her dramatic roles in film or series’ with very serious tones. Supporting actors Jack Huston and Johnny Knoxville came as somewhat of a surprise. Jack Huston has many well-known roles under his belt. He played the role of Captain Jasper in the 2020 film ‘Antebellum’ and Robert Kennedy in the 2019 Scorsese film, ‘The Irishman’. I felt confident in his abilities to take on this very dramatic role.

Johnny Knoxville, however, is widely recognized for his crude shenanigans and production of the ‘Jackass’ movies and other stunt films such as ‘Bad Grandpa’. His most distinct and notable feature is his laugh. I figured many he’d have a small role with the intention of providing comedic relief to the audience. I was quick to discover that there’s no laughing in this film. It is just a ride of many emotions…none of them particularly pleasant. This film is quite a different pace for him, or so I thought. He really surprised me with his performance. It’s not easy to transition from comedy to drama. I feel it is even harder when you are trying to depict a real person, rather than a fictional character.

‘Above Suspicion’ – Based on Actual Events

This film takes place in Pikeville, Kentucky, and is set in the year 1989. The story is based on the true-crime event of an FBI agent, Mark Putnam, who murders an informant, Susan Smith, with whom he had a secret love affair and impregnated before the case’s trial. Based on the details of the film, Susan is caught up in a criminal lifestyle, that she desperately wants out of. She is depicted as a woman who, despite all of her flaws and shortcomings, really wants to better life for herself, and her children.

She is so hungry for a new life, that he is willing to do almost anything for it. This story is very intense, nerve-wracking, and most times, it is pretty hard to watch. The story features sexually explicit imagery, hard drug usage, child negligence, infidelity,  domestic violence amongst other acts of violence, and explicit death scenes. This may be triggering for some audiences, so I recommend avoiding this film if any of the topics above evoke unpleasant feelings or memories.

I first want to take a moment to properly applaud the actors on their stellar performance. I knew Emilia Clarke would blow this role out of the park since she has quite the reputation as a serious, dramatic actress. I wasn’t sure where Johnny Knoxville would fit in this film. I did not do much research on this film before viewing it, so I assumed his presence alone, would make this a film with heavy comedic elements, or at least using him as a comedic relief character in an otherwise serious film. I was not expecting Knoxville to take on the role of a very serious, very menacing, abusive man. He was incredible. I felt afraid of him and disgusted by him. In hindsight, I feel terrible for having such low expectations for his performance. The man has a tremendous amount of talent, and I’m so happy I got to see him showcase that outside of his usual ‘stunt film’ realm.

I was completely blown away by this movie. The story was beautifully written, the characters were so complex and utterly human. The dynamics that the characters had with each other were completely naturalistic, given the circumstances. I am being honest when I say that I hadn’t felt this much intense emotion from a movie in a very long time. I sympathize with the characters to an extent I didn’t believe was possible to do with people through a screen. This film is completely based on a true story, making it so much more heightened. The ending was an absolute shock to me. It was one of those instances where I should have seen it coming, but I just became so invested in the wellbeing of Susan, that the ending completely broke me.

The most poignant aspect of this film is the fact that there is no catharsis. There is always one tragedy following the next. It can be too much for an empath to take. I one hundred percent recommend this movie to any audience, no matter what genre they may prefer. That is how much I enjoyed this film. Although the movie won’t evoke much emotion from audiences, other than sadness, I believe we do need a film to help us cry. We need a film to remind us to appreciate all of the opportunities we have. That is what ‘Above Suspicion’ is good for. It is a movie about self-reflection. ‘Above Suspicion’ does come with a small price tag of $5.99 to rent on Amazon Prime Video, but I believe it is well worth it. I promise you will not regret viewing this wonderfully emotional, suspense drama.