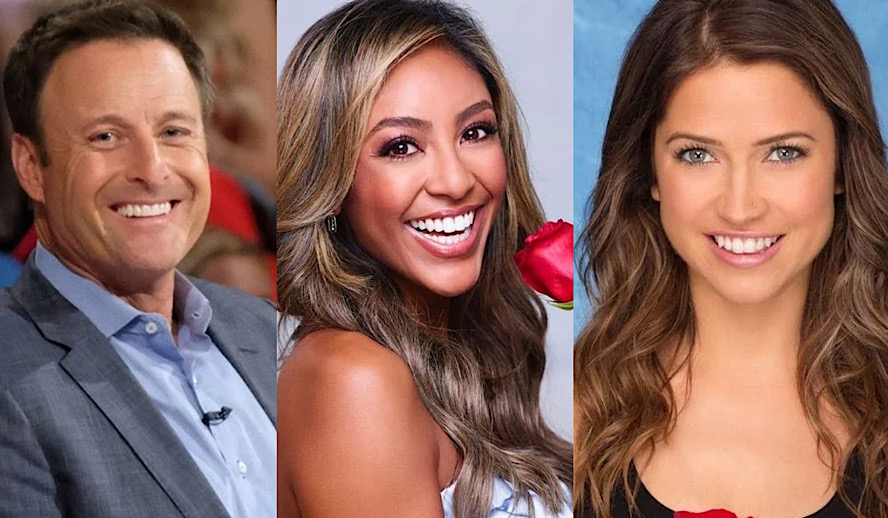 Major changes to ‘The Bachelor’ franchise are about to take place in the upcoming seventeenth season of ‘The Bachelorette’. With Chris Harrison temporarily relinquishing his title as host of the series and former contestants Tayshia Adams and Kaitlyn Bristowe teaming together to fill his absence, fans are reeling. What does this mean for the future of Bachelor nation and what led to Harrison’s decision to leave the show? Let me break it down for you.

Related article: Why Did ‘The Bachelor’ Take 18 Years to Cast its First Black lead?

In case you haven’t kept up on the current season of ‘The Bachelor’ and all the scandal that has unfolded in recent weeks, here is a condensed version of the dramatic timeline. Chris Harrison has served as the host for ABC’s ‘The Bachelor’ and ‘The Bachelorette’ since their series premieres in 2002 and 2003. The current 25th season is led by suitor Matt James, the first Black Bachelor in the show’s history. One out of the thirty-two women on James’ season, 24-year-old Rachel Kirkconnell, has been under fire in recent weeks when photos of her attending a college antebellum plantation-themed party in 2018 resurfaced online.

Fans of the show have been quick to call these pictures racist and utterly offensive. Before Kirkconnell had the chance to issue any sort of apology or statement, Harrison commented on the subject during an interview with Extra led by Rachel Lindsay, former Bachelor contestant, and season 13’s first female black bachelorette. Fans were upset that Harrison essentially defended Kirkconnell as he wanted to give her the benefit of the doubt. Harrison stated, “These girls got dressed up and went to a party and had a great time; they were 18 years old…Until I actually hear this woman have a chance to speak, who am I to say any of this? I saw a picture of her at a sorority party five years ago, and that’s it.”

He also argued that in contrast to the “cancel culture” we currently reside in 2021, society looked at the world through a different lens in 2018 where pictures, tweets, and statements weren’t as heavily scrutinized as they are in current times. He urged viewers to have grace, compassion, and understanding for Kirkconnell’s distasteful social media posts.

The immense amount of backlash Harrison received for defending Rachel Kirkconnell ultimately led to his decision to step away from the franchise for an indefinite period of time. He posted an apology on Instagram stating he is “dedicated to getting educated on a more profound and productive level than ever before.” As of now his decision to leave is only temporary and he plans to return to the franchise if fans can forgive him.

Who will serve as ‘The Bachelorette’s’ newest host?

With Chris Harrison’s indefinite absence from the series, this begs the question: who will take over his position? Harrison has held this title for nearly two decades and for the first time in Bachelor History, there will be not one but two hosts of the popular reality show. Two previous Bachelorettes Tayshia Adams (season 16) and Kaitlyn Bristowe (season 11) will co-host the upcoming seventeenth season of ‘The Bachelorette’ coming summer of 2021.

Warner Horizon and ABC Entertainment made the official statement to PEOPLE on Friday, March 12 of 2021. Tayshia Adams became an immediate fan favorite in the most recent season of ‘The Bachelorette’ when she took over for Clare Crawley mid-way through her season after Crawley ultimately decided to forfeit the rest of her journey to get engaged early to one of her contestants. Tayshia picked up right where Clare had left off and continued on with the utmost poise and confidence, ending the season with what was arguably one of the most romantic proposals the show has yet to see.

Bristowe’s experience differed greatly in the fact that while her journey as season 11’s Bachelorette also ended in a proposal, she subsequently broke off her engagement three years later. However two months afterward she started dating Jason Tartick, another former contestant from season 14 of ‘The Bachelorette’ and the two have been together since late 2018.

That was a lot to unpack, I know, but at least now you are all caught up on the Bachelor Nation drama. As for the future of the series, ABC and Warner Horizon are striving to create a change for their shows—for the better.

In the same PEOPLE magazine statement, ABC stated, “As we continue the dialogue around achieving greater equality and inclusion within the Bachelor franchise, we are dedicated to improving the BIPOC representation of our crew, including among the executive producer ranks. These are important steps in effecting fundamental change so that our franchise is a celebration of love that is reflective of our world.”

Fans are thrilled to see Tayshia Adams return to the screen since she took on the suitor position as the second Black Bachelorette in the show’s history. Adams has reciprocated her excitement in recent social media posts claiming how honored and happy she is for the opportunity and was even personally congratulated by Chris Harrison himself.

As for now, we are only certain Adams and Bristowe will co-host the upcoming Bachelorette season with no word as to when Chris Harrison plans to return. ABC Entertainment and Warner Horizon are continuously making a conscious effort to make adjustments where they are needed to ensure the Bachelor franchise is the most inclusive, positive, and empowering that it can be and strives to appease their viewers as their show embarks on a new, progressive journey.