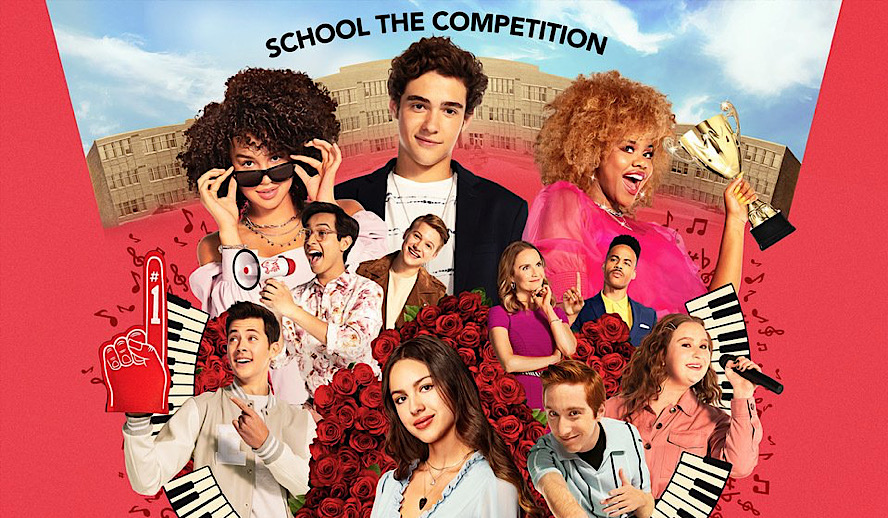 The Start of Something New

For those who haven’t watched the show, or for anyone that has and are looking for a brief refresher, ‘High School Musical: The Musical the Series’ (HSMTMTS) premiered November 12, 2019, and was one of the first series to be released on Disney’s new streaming platform, Disney+. The show centered around a group of high school students who attended East High, the same school that was used to film the three famous films in the original ‘High School Musical’ franchise. What is so unique about the show is that it is filmed mockumentary-style where all of the students are well aware and even fans of the fictional films that just so happen to take place at their high school, often breaking the fourth wall to address the audience.

In season 1, the drama club is putting on a production for the winter musical of their own ‘High School Musical’ musical equipped with the same songs, character names, costumes, and choreography from the first film. Nini played by Olivia Rodrigo (‘Bizaardvark’) and Ricky played by Joshua Bassett (‘Stuck in the Middle’) amongst other East High Wildcats shoot their shot by auditioning for the chance to play the beloved roles of Troy and Gabriella. In the midst of auditions, the audience is taken on an emotional rollercoaster filled with a dramatic love triangle between Nini, Ricky, and the senior basketball star EJ played by Matt Cornett.

New hit songs and impeccably choreographed dance numbers accompany each episode as well as some classic girl drama between Nini and the talented new dancer in the sophomore class—Gina (Sofia Wylie). Throughout the season, Ricky and Nini found the love that had once been broken between them, ending the season with a promise to give their relationship another try with a passionate kiss to seal the deal. Phew, you are officially caught up! This brings us now to season 2.

Rodrigo and Bassett “Bop to the Top” of the Music Charts

Going into the initial premiere of season one there was obviously a large built-in fan base from the original franchise. Viewers old and young tuned in to see if a new spin on the nearly fifteen-year-old franchise could live up to the hype. Low and behold HSMTMTS was an instant success and viewers tuned in each Friday for ten weeks with the release of each new episode. Since then, there is a lot to unpack from the finale of season 1 and the upcoming second season which we are about to dig into.

Firstly we can’t begin to ignore the explosive success of actress and singer-songwriter, Olivia Rodrigo. Young fans recognize Rodrigo from her Disney Channel series ‘Bizaardvark’ which premiered in 2014 but newer fans probably associate her name as the singer whose career literally skyrocketed overnight. In the midst of filming season 2 during the COVID-19 pandemic, Rodrigo released her very first single ‘Drivers License’ which in a matter of 24 hours dominated the music charts and continuously broke record after record. Rodrigo gained notability quickly, catching the attention of The Jonas Brothers, Haley Bieber, Lucy Hale, and even Rodrigo’s musical idol Taylor Swift, just to name a few celebrity fans.

Since then, she has released her sophomore single ‘Deja Vu’ which equally blew fans away, and shortly after announced the release date of her debut album ‘Sour’ which comes out May 21, 2021. Her whirlwind success even landed her musical appearances on ‘Saturday Night Live’, ‘The Ellen Show’ and ‘Jimmy Kimmel’, incredibly so, considering her full album has yet to drop. The young starlet spoke with Entertainment Weekly where she shared that her past few months of success have been nothing short of incredible, “I love writing music and I just feel so lucky that people are responding to it the way that they are. It’s really my biggest dream come true.”

Rodrigo wasn’t the only HSMTMTS actor to debut their musical career. Her co-star and on-screen love interest Joshua Bassett also released his debut EP in early March of 2021 which managed to stir up some controversy. Fans theorized that many of Olivia’s songs were written about Joshua and vice versa, speculating that perhaps the two young actors fell for each other while filming their hit Disney+ show. Bassett surprised fans by dropping an incredibly catchy single titled ‘Feel Something’ to follow up his recently released EP which is now out on all music platforms. With the joint success of Rodrigo and Bassett, fans can nearly wait to devour Season 2 and hear the new original songs from both artists.

Season 2 picks up right as season 1 left off as Rodrigo and Bassett’s characters Ricky and Nini enjoy their new relationship with their friends at a New Year’s Eve party. However, things quickly take a turn once Nini shares with him that she has been accepted into a prestigious drama program; an opportunity of a lifetime that simply cannot be passed up however it forces the happy couple to navigate a long-distance relationship. As the season unfolds we also get to meet three new characters: Howie (Roman Banks), Antoine (Andrew Barth Feldman), and Lily (Olivia Rose Keegan).

After watching (and listening) to the stars of HSMTMTS dominate the music scene leading up to the premiere of the second season, I can hardly wait to watch how the storylines of each character will develop. The chemistry between the cast is strong, the music is arguably even catchier than season one, and the stakes of each character are greater than ever as tensions run high as the students begin production of their school’s newest musical endeavor, ‘Beauty and the Beast’.

Season 2 of ‘High School Musical: The Musical the Series’ can be found on the Disney+ app and you can listen to Joshua Basset’s debut EP which is now streaming along with Olivia Rodrigo’s upcoming debut album dropping May 21, 2021.