‘The Undoing’: A Bold Side of Nicole Kidman in HBO’s Newest Suspense Drama 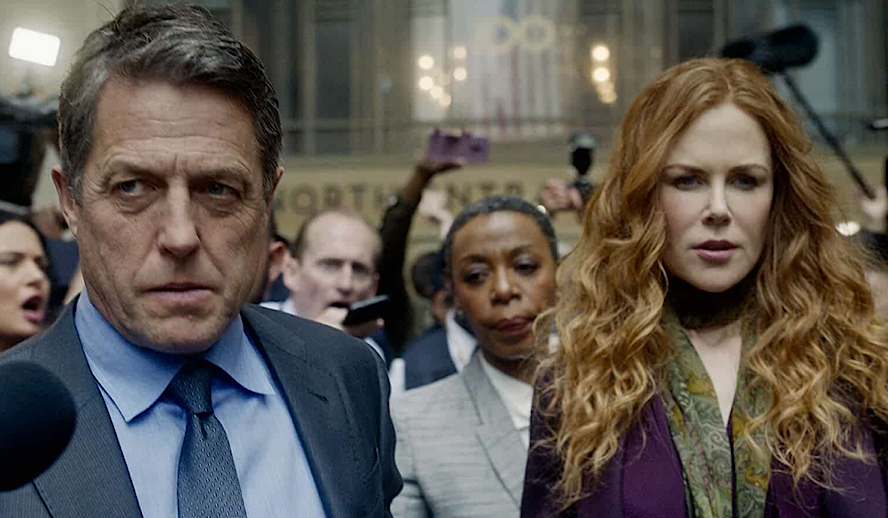 How much do you trust your husband? Your friends? Yourself? Every great mystery keeps you guessing and HBO’s new psychological thriller miniseries, The Undoing, is one wild ride of gasps and question marks. Based on Jean Hanff Korelitz’s 2014 novel, You Should Have Known, HBO’s The Undoing is a fresh take on the thriller genre. The story follows the life of a contemporary renaissance woman, Grace Fraser, a wife, mother, therapist, and active member of New York high society. Grace appears to be satisfied with, if not slightly bored by, the life she has built for herself until she makes a new friend, Elena Alves, and everything changes. That is basically as much of the story that we can divulge without roaming into the treacherous spoiler territory, but with a story as chaotic as this, it is best to simply go in cold turkey and experience the shock and awe firsthand.

The Undoing premiered on October 25th and only a couple of episodes have released since its debut, but the tone is set and the mystery has already begun to unravel. One main attraction of the miniseries is its close ties to the critically acclaimed and vastly beloved HBO drama, Big Little Lies. David E. Kelley, the creator of Big Little Lies, returns as the creator of The Undoing, and with him comes irresistible Australian star, Nicole Kidman. Kidman takes on the lead role of Grace Fraser and, unsurprisingly, her performance is a perfect blend of understated and dynamic that is powerful enough to carry the weight of the entire show. Luckily, the ensemble and Kelley’s execution of Korelitz’s story are all up to par with Kidman’s outstanding performance. All of these facets harmonize beautifully in the thriller as The Undoing exhibits the very best of the HBO formula: indisputably enthralling entertainment.

The Undoing Is HBO At Its Best

Ever since iconic series like The Sopranos and Sex and the City, HBO has proved to be an authoritative force when it comes to original programming. As these series progressed and more were produced, HBO began to hone the standout characteristics of what they believe makes a quality series. An impressive cast, mature themes, and a provocative world to explore are some features audiences subscribed to HBO have become accustomed to over the years. The Undoing is extraordinary in the catalogue of recent shows from the television network as it exceeds highly in all of these familiar elements viewers have come to expect and crave.

The Undoing’s superb cast is perhaps the most apparent strength of the show. Alongside Kidman, the psychological thriller miniseries boasts a star-studded ensemble that includes Hugh Grant, Donald Sutherland, and Lily Rabe to name a few. Grant, famous for his charming work in romantic comedies such as ‘Bridget Jones’s Diary’ and ‘Notting Hill‘, takes on the new role of enigmatic husband to Kidman’s Grace Fraser. Grant exhibits a new side of his acting finesse as he expertly conveys a charismatic and loving husband with an undeniably dubious core. Sutherland, made popular in recent memory for his performance as antagonist dictator in the Hunger Games films, plays Kidman’s father, a man who is as cold and calculated as he is caring. Lily Rabe of American Horror Story fame is Sylvia Steinitz, a hardworking and clever lawyer that proves to be one of Grace’s most reliable friends over the course of the premiere episodes. As is to be expected with all HBO series, The Undoing has filled each role with a master of the acting craft; even Grace’s pre-teen son, Henry, is played by child star Noah Jupe, whose impressive resume cites acclaimed films such as A Quiet Place and Honey Boy.

Another aspect of The Undoing that falls in line with the rest of HBO’s most acclaimed series is the exploration of a fresh, complex, and fascinating world. Whether it’s Veep’s depiction of a bustling White House or the land of Westeros in Game of Thrones, the Home Box Office network understands the severity of creating an exciting new world for audiences to discover with each series. The Undoing manufactures a great deal of its icy personality through world-building, taking audiences deep inside the reality of New York elite. Exploring the inner workings of a group of rich mothers straddling their relationship to work, their children, their husbands, and the cutthroat community they have cultivated with one another, The Undoing effectively pulls back the curtain and exposes a universe that audiences are eager to scrutinize.

On top of mastering the best qualities TV fanatics have come to love and find procedural from HBO original series, there are also unique characteristics of The Undoing that stray from the predictable qualities and make the miniseries worth watching in its own right. The strongest of these elements is the show’s disorienting and unpredictable execution of its story. When deciding to embark on The Undoing, audiences truly know next to nothing about the plot, twists, or turns, that are quick to ambush viewers, forcefully throwing the audience into a rapidly escalating and tragic mystery. Because such little context is provided, when suspicious events threaten the normalcy of Grace Fraser’s world, it becomes very difficult for viewers to have a handle of up from down. This is extremely effective as it places us in the protagonist’s point of view; as Grace unearths the various levels of deception that has infiltrated her life, she grows increasingly unstable and disturbed, and the audience, knowing just as much as Grace, follows her down the rabbit hole.

One way creator David E. Kelley drives this empathy between Kidman’s character and the viewer is through creative editing techniques. For example, the second episode of the series includes a scene where Grace is questioned by police officers and ultimately discovers new truths about her husband. When receiving unexpected news, Grace’s shock is reflected in the editing as it grows frantic and chaotic, quickly focusing on Grace’s bloodshot eyes and then to a police officer’s pen as he jots down notes. Creative techniques of Kelley’s like this only continue to flourish as twisted fantasies begin to manifest themselves and blend into Grace’s reality as she attempts to deal with her dilemma.

This is expressive of The Undoing’s profound ability to delve deep into a character’s psyche, a strength for any successful psychological thriller. As the audience views the world more and more from Grace’s point of view, her reliability as a narrator is called into question, adding even more danger and intrigue to the essence of the series. Ultimately, The Undoing serves as an exemplary suspense series. It constantly delivers on its promise to keep viewers on the edge of their seats and never underestimates their intelligence. From Kidman’s sophisticated performance to Kelley’s intriguing storytelling tactics, The Undoing supplies fans with a psychological thriller that they not only want but deserve.