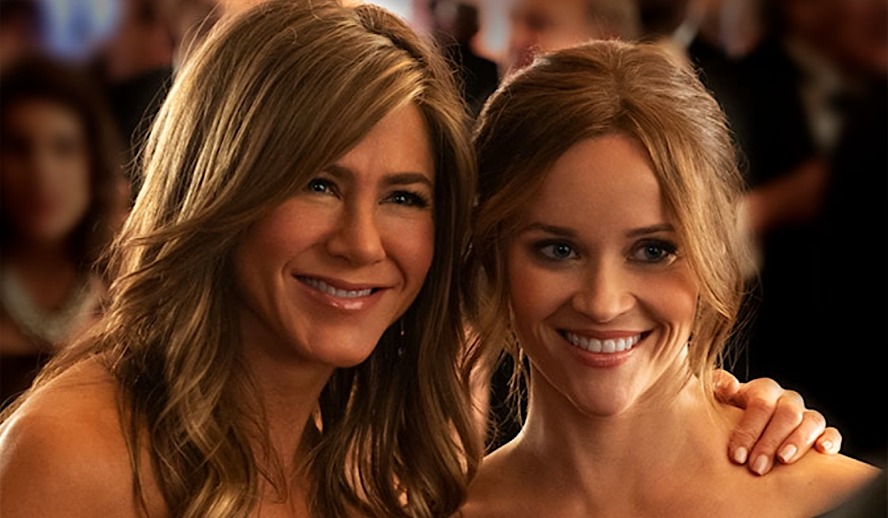 Reese Witherspoon is one of the most powerful female members of Hollywood. She has been performing in films since the age of fourteen, with over 45 films under her belt. She has been the lead actress in blockbuster movies like Legally Blonde (2001), Cruel Intentions (1999), and Sweet Home Alabama (2002). On top of commercial success, she has found critical success as well with an Academy Award under her belt for Best Actress in a Leading Role for her performance as June Carter in the 2005 Johnny Cash biopic, Walk the Line.

A Stanford dropout, Reese Witherspoon also possesses acute intelligence and business sense. She picked up on the untapped market of female-led content and decided to do something about it. Stepping into the production side of the business, she founded her company Pacific Standard in 2012 with her business partner, fellow producer Bruna Papandrea. The company was formed with the aim of uplifting women creators and backing visual content with material written by women to facilitate the authenticity of female representation in films. Pacific Standard (now rebranded as a subsidiary of a wider lifestyle company called Hello Sunshine) is responsible for some of the strongest female content that is available currently in Hollywood.

Reese Witherspoon’s Viral Speech: “Ambition is not a dirty word”

Each year, Glamour magazine hosts the Glamour Woman of the Year awards to honor and celebrate exceptional women from various fields. In 2015, Witherspoon was presented with an award by Goldie Hawn for her contribution to creating stronger roles for women. She talked about what prompted her to work towards this goal in her acceptance speech, which went viral and generated a lot of media coverage. As her career progressed, she started to notice the glaring misrepresentation of women’s experiences in film. She joked in her speech about how she pointed out to her daughter all of the times when female characters were relegated to a supporting role of the lead man, to whom they would turn to and exclaim “what do we do now?!” in any crisis moment in the film. When she raised the issue with industry execs, no one was willing to make the effort to correct this problem. At the encouragement of her mother and husband, talent agent Jim Toth, she decided to invest her own money and do it herself by founding the production company Pacific Standard.

Another important point she raised in her speech is that women-centric movies are not a form of social service or activism; they are a high grossing, bottom-line enhancing, money-making commodity. She challenged the popular view that there was not a big enough market for female-centric content, by naming big women-led films such as the Hunger Games franchise and Pitch Perfect (2012). Her own films in the first year of her company, which were based on material written by women and featured female characters, were both critical and commercial successes, grossing almost half a billion dollars worldwide and earning multiple Oscar nominations for women in acting roles. She encouraged the film industry to re-evaluate their views and invest in more female-driven content as well.

One of the movies optioned by Pacific Standard in their first year was the 2014 blockbuster thriller Gone Girl, directed by David Fincher. The movie came to be widely considered as one of the best thrillers ever made. It was also touted to create one of the most complex and infamous female characters of all time, Amy Dunne. Even while having an A-list star such as Ben Affleck as the leading man, Rosamund Pike shone in the movie due to her extraordinary performance as the complicated and terrifying Amy Dunne. The movie went on to gross $369 million at the box office and became one of the biggest movies of the year. Rosamund Pike also earned an Oscar nomination for Best Actress in a Leading Role for her work in this movie.

The production company’s next big hit was the 2017 series Big Little Lies, which airs on HBO and is based on Liane Moriarty’s 2014 New York Times bestseller novel. It featured a star roster of female powerhouse actors such as Nicole Kidman (who also executive produced the show), Shailene Woodley, Zoe Kravitz, Laura Dern, and Witherspoon herself. The story is centered around the complicated lives of five different mothers whose lives are rocked by a murder at their children’s high school. The show was a resounding success and swept the awards season, with four Golden Globes and eight Emmy wins in major categories. It also went on to have a successful second season, adding Meryl Streep to its powerhouse cast.

The next series Pacific Standard produced was 2020’s Little Fires Everywhere, airing on Hulu and with Reese Witherspoon and Kerry Washington as the lead roles. It is based on Celeste Ng’s bestselling 2017 novel. It follows the story of two families whose lives are upended as they intertwine when one of them moves into an apartment owned by the other. It has also been a resounding success for the production company, earning five Emmy nominations and high viewership.

Currently, Pacific Standard has multiple other projects in development with NBC, Hulu, and Apple TV+. It is also producing the hugely popular Apple TV+ show The Morning Show (2019), starring Jennifer Aniston and Steve Carrell. It has been nominated for three major Golden Globes and is slated for another season.

What Are Their Women Like? Did Pacific Standard Do Justice to its Mission?

The chosen projects by Pacific Standard all center around women that are complex, driven, flawed but most of all, refreshingly human. Female characters have always been stuck in this dichotomy of being the “good” or the “bad” girl. They are also commonly relegated to the love interest in lead roles or used as plot devices. The female characters in Pacific Standard’s content such as Amy Dunne, Madeline Mackenzie, Elena Richardson, Mia Warren, etc. are all deep and complex with compelling character development and storylines. They are deliciously grey characters, which lends an air of realism and effectively sheds the tokenism behind women characters.

The material in their content also touches on a lot of women-centric subjects in a refreshingly realistic way. The one issue depicted in their shows that jumps out is how they dealt with the complicated issue of domestic violence in Big Little Lies. Too often, movies and series show a demonized version of a domestic abuser and a stereotypical version of a battered woman. Big Little Lies sheds light on the ground reality of domestic violence, which usually occurs in houses with seemingly normal marriages, with seemingly normal couples and empowered women as well.

This is the direct effect of women taking back their power and telling their own stories. Women are now leading the front in multiple highly grossing movies and critically acclaimed stories. One of the biggest movies of 2017 was Patty Jenkins’ Wonder Woman, which grossed almost a billion dollars worldwide. Female centric content, as Witherspoon put it in her speech, is truly a lucrative money-making opportunity which the film industry must finally recognize. Witherspoon seems to have the foresight to be first to the game; she has now created a wider content and lifestyle company called Hello Sunshine. It is a direct-to-consumer storytelling brand focusing on catering to a community of women by offering various targeted products and services such as Pacific Standard content and the Hello Sunshine book club, in addition to the social media community, audiobooks, and podcasts. Witherspoon is truly succeeding in her mission, and we cannot wait to see what Hello Sunshine/Pacific Standard does next.