George R. R. Martin: The Journey of the Master Storyteller, Beyond ‘Game of Thrones’ 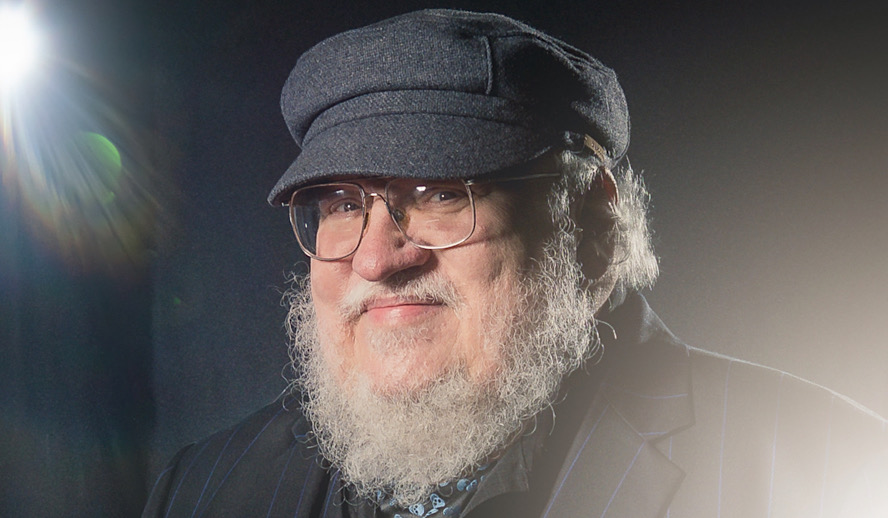 Most recognize George R. R. Martin as the author of the bestselling series behind the massive hit HBO show Game of Thrones. However, Martin had been selling books and writing for Hollywood long before A Song of Ice and Fire, and Game of Thrones shot him to superstardom.

Martin was born in 1948 in Bayonne, New Jersey. He began writing at an early age and sold monster stories to other children in the neighborhood for pennies. In an interview for Bustle, Martin conducted with Stephen King, Martin described his childhood as existing within a five-block radius, with books and comic books being his ticket to a wider world. He would imagine and invent stories to explore the world beyond his neighborhood as well. His early writings blossomed into pieces for comic fanzines before making his first sale at the age of 21 with his short story “The Hero.”

Related article: Jason Momoa, Star Of ‘Aquaman’ And ‘Game Of Thrones’ Utilizes His Platform To Defend Nature And Mauna Kea In Hawaii Joined By Dwayne Johnson And Bruno Mars

After receiving a B.S. and M.S. in Journalism from Northwestern University, Martin spent most of the 70s as a part-time writer while working as an AmeriCorps VISTA volunteer, chess director, and teacher. Martin became a full-time writer in 1979 and was a writer in residence at Clarke College during 1978 and 1979. His first novel, Dying of the Light, was published in 1977 by Simon & Schuster and would be the first of many.

George R. R. Martin’s Career in Hollywood (Before GoT)

In a TIFF Bell Lightbox interview, Martin talks about his early career in television. He actually never wanted to write for television, and even though he enjoyed his time in Hollywood, he wanted to be writing books. Martin’s earlier time in Hollywood was almost a forced sojourn because of the speed-bump he hit in his novelist career.

That speed-bump occurred after Martin’s budding success with his first three novels: Dying of the Light, Windhaven, and Fevre Dream. His good initial run with his early novels set up a six-figure advance for his expected bestseller fourth novel, The Armageddon Rag. Unfortunately, it became his worst-selling book ever, not reaching bestseller lists, and his hot rising career as a novelist froze over. However, the same book that derailed his career as a novelist helped Martin launch his Hollywood career.

Martin’s film agent sent The Armageddon Rag to one of his other clients, Phil DeGuere, believing that he would like the novel. DeGuere did and kept in touch with Martin over the next few years. When DeGuere brought back The Twilight Zone for CBS, he reached out to Martin and asked if he would write a few episodes. Martin eventually became a staff writer for the show.

The Twilight Zone led to working on Beauty and the Beast and ten years total of primarily working in Hollywood. Martin’s lessons from Hollywood would help him in his resurgence in fiction. He found some aspects of writing for television useful for novel writing and prose, specifically cliffhangers and dialogue. Martin gave an interview with The New York Times and discussed how he would write extravagant first drafts during his time in Hollywood that would ultimately be too expensive to produce. Martin promised himself that when he returned to prose, he would “do something just as big as he wanted to do.”

A Song of Ice and Fire and Game of Thrones

After The Twilight Zone and Beauty and the Beast, Martin kept working in Hollywood for around five more years, writing pilots and other projects that ended up in “development hell.” Martin returned to the literary scene with his novel Dead Man’s Hand, written with John J. Miller and published in 1990. A year later, Martin started working on A Song of Ice and Fire. He was still working in Hollywood at the time and had to juggle his novel with his Hollywood gigs. A Game of Thrones came out in 1996.

While A Game of Thrones was released to generally positive reviews, it wasn’t until the second book, A Clash of Kings, that Martin hit the bestsellers lists. From there, the series continued to gain more and more readers. Hollywood came knocking for the movie rights to Martin’s works, but he didn’t believe it could be done in movie format. The Lord of the Rings took three films to capture J.R.R. Tolkien’s epic fantasy trilogy, and the length of Tolkien’s works are significantly less than Martin’s. Television was the obvious other option, but Martin had worked in the TV industry and was unsure if his story would be fit for a mainstream cable network. It took HBO, David Benioff, and D.B. Weiss to convince Martin that it could be done.

Game of Thrones won 59 Emmys in its eight-season run. The series went on to become a massive success for HBO. It became the most-watched, most pirated, and most awarded series in television history. The series ended up outpacing the novels, with only four of them being released before the show originally aired. A few books based in the world Martin created have come out since the fifth book to tide his readers over while he continues to work on the next two installments of A Song of Ice and Fire.

The sixth book in A Song of Ice and Fire, The Winds of Winter, hasn’t been given a release date yet, but Martin has let readers know on his blog (Not a Blog) that he is making progress. His readers will be sure to rejoice when the publishing date is set. They can also look forward to one more book in the series, A Promise of Spring, before the epic saga of A Song of Ice and Fire comes to a close.

Martin originally planned for A Song of Ice and Fire to be a trilogy, then four books, later six, and ultimately acknowledged his wife’s wisdom of seven. While his readers wait for the next book in the series, HBO has geared up for more with multiple Game of Thrones spinoff series in various stages of development. As many as five were pitched at one point, though that number has changed since. However, the world of Westeros continues with HBO’s announcement giving House of the Dragon the green-light. This prequel to Game of Thrones recounts the story of the House Targaryen and is based on Martin’s complete work of the same name.

George R. R. Martin made a monumental contribution to literature and television with his A Song of Ice and Fire series. It is yet to be concluded in book form, but his loyal readers wish him well and eagerly await whenever he is able to release the next book. Martin’s legacy spans more than just his recent works, though, and you can discover all of them via his filmography and bibliography. If you want to keep up with news directly from the source, the only place for official communication from Martin is his blog.

Martin turned 72 on September the 20th. We thank George R. R. Martin for all of his contributions to literature and television and wish him the best. Happy Birthday (belated), Mr. Martin!