More Than One Direction: The Evolution of Harry Styles 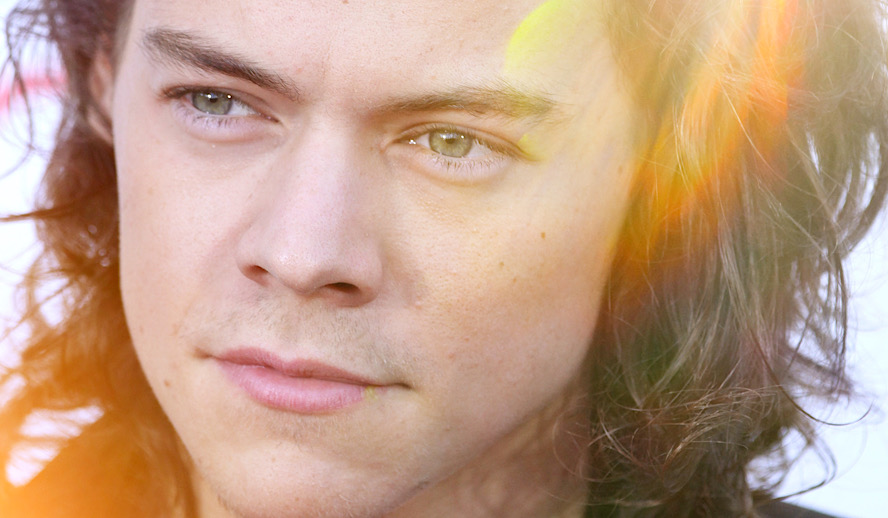 Unless you have been living under a rock, you are probably familiar with the name Harry Styles. Styles shot to fame along with the other members of One Direction (Niall, Louis, Zayn, and Liam) when they were all formed and competed together while on The X Factor. It has been 10 whole years since the world learned Harry Styles’ name, and he truly has not stopped since. From boyband to solo stardom, Styles has carried that specific ‘it factor’ with him wherever he goes. Let’s take a closer look at the evolution of Harry Styles’ career as an artist through the years!

The First Years: Starting The Band

Harry didn’t audition for The X Factor expecting to get thrown into a band and launched into teen stardom. I guess nobody really expects that, right? His bandmates and himself all auditioned as solo acts. When it came down to the last round before live shows, all 5 boys got cut, and boy was it devastating. Simon Cowell then had the idea to throw those 5 freshly let go boys into a band and see how their talents could help highlight one another. There is some slight debate on who actually had the initial idea to put the boys together, but we are glad regardless of whoever said it first. The boys quickly became favorites on the show, and though they only finished third, the boys garnered fans around the world in record time.

Straight out of the gate the boys signed with Columbia Records and the name One Direction was the topic of discussion everywhere. In 2012, the boys released their first studio album Up All Night, with hits like ‘What Makes You Beautiful’ and ‘One Thing’. As the guys were catapulted into the pop stratosphere they gained a supportive and loyal fanbase. The height of their fame and success never slowed down. The boys were on the road for the next 5 years, giving fans 5 albums in total. While the guys were wildly successful it felt like their success was not quite recognized on the scale it deserved. Critics like to overlook artists whose main fan base is teenage girls, but that trope is sad and tired. These are the same fans that never failed to show up for a band of five teenage boys, proving time and time again how loyal they were. They climbed the charts, sold-out stadiums, and released some seriously great music (go listen to Made In The A.M. if you don’t believe me.)

After the guys released Made In The A.M. the band announced they would be taking a hiatus. It was incredibly sad but made sense seeing as how Zayn had left just before and the boys really had not been given a break in the last 5 years. Fast forward to March of 2017 and the world gets to meet Harry Styles as a solo artist. Styles released ‘Sign of the Times,’ a slow rock ballad that stunned his fans. Given the trajectory of the band, nobody quite knew what a solo Harry would sound like. Would he stick to pop or go a completely different route? The answer was yes to both. I’d classify his genre of music as a pop/rock alternative, definitely showing those pop influences while also getting down to his rock and indie roots. It was a move nobody was really expecting from him, but a move everyone was glad to see nonetheless. It’s hard to establish your own rules and brand after belonging to a group for so long, but Harry did it with ease.

Come May, Harry Styles the debut album was released into the world. Composed of ten tracks, the album was a serious hit with fans. It didn’t quite gain the traction of a One Direction album but it certainly fared well for the singer. The psychedelic pop/rock tracks were filled to the brim with emotion and passion. He may not have had four other vocalists to assist this time around, but he really didn’t need it. It was definitely a shining moment for the British singer, proving that the guys of One Direction were much more than the poppy boyband bubble they were forced into.

Leaning into his personality, even more, Styles released the song, ‘Lights Up’ in October of 2019. After going on a massively successful tour with the first album, everyone was on the edge of their seat waiting to see his next move. At this point, he had established himself well as a solo artist, been in Christopher Nolan’s film Dunkirk, and gained recognition as a serious artist that all the guys deserved while in the group. ‘Lights Up’ got amazing radio play time, and from there Styles was ready to jump into chapter two of his solo story–the second album. After the release of the insanely popular, ‘Watermelon Sugar’ (seriously when is this song not stuck in our heads) Styles released the Fine Line album in December of 2019. If you thought he couldn’t revamp himself as an artist any further, you thought wrong. Fine Line showed Styles’ more vulnerable side telling stories of massive heartbreak as well as emerging from the other side of it.

It’s a sad reality that critics, as well as the public, are so quick to write off boy bands. I know One Direction has shaped so many lives (including my own) and the boys’ solo careers have just been a wonderful extension of that. Harry Styles has proven himself time and time again as a serious artist with amazing writing ability, and a superb fashion sense I might add. His upcoming tour has been pushed back due to COVID-19, but it will be exciting to see all of the amazing things he achieves in the future. If he keeps putting out music to the same caliber he has been, Styles has set himself up for a very long and successful career no doubt!