Taylor Swift SNL: Her Fifth Appearance Became The Most-Social Episode Of The Season 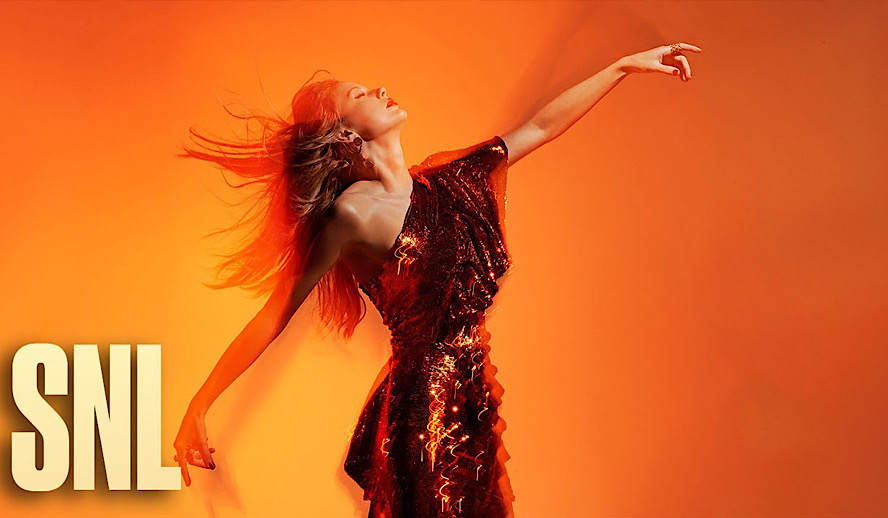 It’s been over fifteen years since a blonde, innocent girl appeared in front of the American stages to be unashamedly the next face of country music. Taylor Swift turned heads and made teenage girls and boys cry at the invisible boyfriends they didn’t have. She rose to fame at a very young age, making her a susceptible target to the many bullies of the world.

Taylor has been involved in many media scandals, most of which she did not want to be part of. But like the great artist she is, the singer has always found the way to rise from the ashes like a phoenix burning brightly—turning all hurt, pain, or self-doubt bullies made her feelings into art.

An Ongoing Legal Battle For Her Work

For the past few years, it’s been well known by the media and her fans that Taylor Swift has been on an ongoing battle to win the rights to her mastered songs. Let me deviate for a second, if you’re wondering how an artist cannot own their music, if it’s, well… theirs? Most artists’ music label contracts do not allow them to own anything created under the said label. The artist gets paid in advance, and if they do not make enough money to pay the label back, the label believes to at least have the creations to fall back on. But Taylor wanted her hard work to be hers, as has obviously paid the label back, after all, “Taylor Swift is the music industry.” After failing in the attempt of owning her six first albums, the Grammy winner opted for another solution.

Although the labels own the mastered songs, the musician is still the copyright owner of the lyrics and melodies because they’ve created them, and with that, Taylor Swift found a loophole. She cleverly decided to re-master and re-record five of her first albums. The singer’s first album to be re-recorded was originally Swift’s second album ever, “Fearless.” The album now called “Fearless (Taylor’s version)” was released back in April. Most recently, the singer was working on re-recording her fourth album, “Red,” which had fans eagerly waiting for its release. Taylor Swift spent time incorporating songs “From the Vault,” as she calls them, to the re-recorded on the album of “Red (Taylor’s Version).” The Grammy winner saw the situation as an opportunity. She decided to add songs that did not make it to the original albums in the past, or add the original versions of the songs that had to be altered because of the label’s ideals.

Part of the journey that has taken Taylor Swift in re-making “Red (Taylor’s Version)” is a sense of nostalgia. In a recent interview in the ‘Tonight Show’ with Jimmy Fallon, Swift recounts to the talk show host how, “this time around, I get to do things I wanted to do the first time.” The singer also explained that she often listens to her fans, adding their opinions while creating her albums. “All Too Well” is a song that became a fans’ favorite on its own, and Taylor realized that the song deserved to be honored as she wrote it. According to Taylor, the song was initially ten minutes long. Taylor had to cut the song down to three minutes because “nobody would listen to a ten-minute song,” as told by label executives. Well, boy they were wrong, because sir, apparently 35 million people will!

“All Too Well (Taylor’s Version)” Equals Most Streamed Female

The ten-minute version of “All Too Well” was released on November 12th, and fans made the internet explode. On the same day the album was released, Taylor Swift premiered a fourteen-minute short film for “All Too Well (Taylor’s Version)” written and directed by her. The talented ‘Stranger Things’ actress Sadie Sink and teenage heartthrob Dylan O’Brien were the project’s protagonists. On that day, Taylor Swift became the most streamed female artist in a day on Spotify, and “Red (Taylor’s Version)” became the most-streamed album by a female. Way to hit her enemies where it hurts the most… their pockets!

Part of the promotion of the new album release, and thanks to Taylor’s already incredible success with it, the singer was invited to perform for the fifth time as a musical guest on ‘Saturday Night Live.’ I’ll help you out, she is on season 47, Episode 6, you’re welcome. Taylor Swift stood in the middle of the stage, with a black bodysuit, a bright red lipstick, and her guitar. She sang “All Too Well (Taylor’s Version),” meaning the original version, with Sink and O’Brien’s portrayed relationship playing in the background. The stage was filled with leaves, and the feeling of a movie-like romance was sensed; as the protagonist’s love faded away, so did the leaves. Fans were quick to comment on Taylor’s performance on ‘SNL.’ Many crying emojis were posted by Swifties all over the internet, as in crying of love for her performance and the songs. While others commented things about the album itself like, “Taylor Swift is the only person who can get me to buy multiple versions of the same song,” and “I used to be a fan, but after “Red (Taylor’s version),” I’m a whole air conditioner.”

Taylor Delivered The Most-Social Episode Of The Season!

‘SNL’ will not think twice when it comes to bringing the singer back to the studio, as the episode is rating “the most-social ‘SNL’ episode of the season thus far by a mile, eclipsing Episode 2, hosted by Kim Kardashian West,” according to Deadline. Plus, the music video Taylor was part of “Please Don’t Destroy” for ‘SNL’ along with Pete Davidson is the most-watched video in the episode, with over 3 million views in two days. Her performance drew crazy numbers, surpassing expectations.

Taylor has not stopped dropping surprises for her fans since the release of “Red (Taylor’s Version).” Swifties have been raging from all corners of the internet, and it seems like they will not cease anytime soon. A new version of “All Too Well (Taylor’s Version)” is being recorded as we speak, called “All Too Well (Sad Girl Autumn)” has the Swifties declared to be dead from heartbreak and sadness. I know, it sounds dramatic, but they are Taylor Swift fans, after all.

Hater’s Gonna Hate… But Taylor Is Not Afraid!

Taylor Swift is a woman who will always fight back against bullies with her art, and it seems like the good girl always wins. Taylor Swift will continue to startle us with her talent because “haters gonna hate,” and Taylor is not one to sit around and let things happen. Just like she said in her Netflix documentary ‘Miss Americana,’ “when they stop coming for me, I’ll stop singing to them.” So, come get her, haters! Taylor will be flying high before you can even start walking.