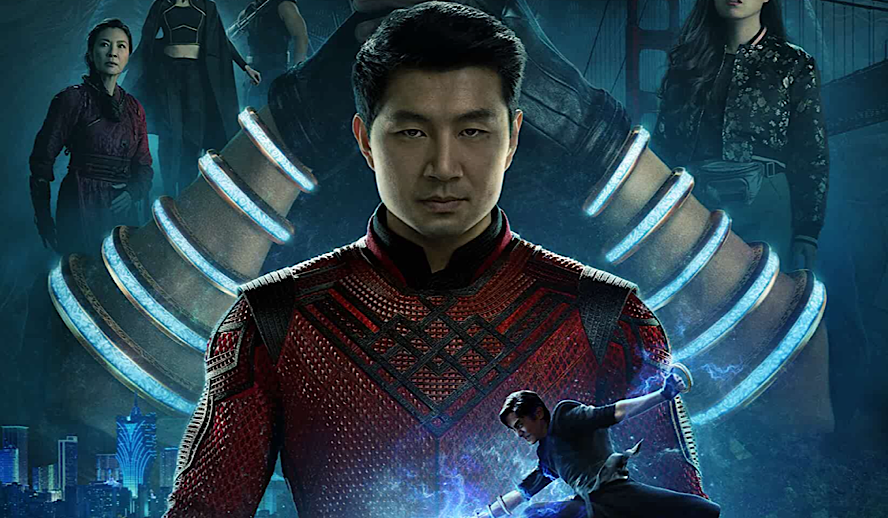 Photo: ‘Shang-Chi and the Legend of the Ten Rings’

It has been a long and winding road for the character of Shang-Chi and his quest to headline his own trailblazing Marvel blockbuster. Originally incepted in 1972, Shang-Chi was reduced to little more than a misguided racial caricature for the first thirty years of his existence. Capitalizing on the Kung-Fu Craze that swept the West after films like ‘Fists of Fury’ (1972) and ‘Enter the Dragon’ (1973) exploded off of screens, Marvel failed to imbue the character with anything more than a lazy moniker and flimsy stereotypes until the turn of the century brought along a needed change of perspective. The character began popping up in more mainstream comics like Daredevil and X-Men, with plans to bring the hero to the big screen rekindled by ‘Blade’ (1998) director Stephen Norrington in a project entitled “The Hands of Shang-Chi”.

‘Shang-Chi and the Legend of the Ten Rings’

Marvel Comics tycoon Stan Lee had wanted to see the character brought to life by its inspiration; the legendary martial arts superstar Bruce Lee, but later contacted Bruce’s son Brandon for the role after his father’s tragic death. Jumping forward a few decades, Norrington was eventually replaced by ‘Drunken Master’ (1978) director Yuen Woo-ping – with the acclaimed director of ‘Crouching Tiger, Hidden Dragon’ (2000) Ang Lee stepping into the role of producer. These plans met a similar fate as their forebears but in 2005, the chairman and CEO of Marvel Avi Arad announced that Shang-Chi would be one of ten properties put into development by the newly minted Marvel Studios.

It would take the company another sixteen years to make good on their promise, fast-tracking the project in 2018 after the success of films like ‘Black Panther’ and ‘Crazy Rich Asians’ demonstrated a diverse audience-pleaser could dominate at the box office. After all that wait, was Destin Daniel Cretton’s ‘Shang-Chi and the Legend of the Ten Rings’ (2021) worth it? The answer to that question is an emphatic yes, etching out a promising path forward for the MCU and delivering a satisfying visual extravaganza replete with one of the studio’s greatest casts.

While ‘Shang-Chi and the Legend of the Ten Rings’ may not be the first title in Marvel’s 4th Phase, the film feels like the true beginning of the next chapter for the universe. Despite its position as the sixth MCU outing of 2021, ‘Shang-Chi’ is the first project to feature a brand-new, unestablished hero at its center. As such, the film exudes an intangible vigor and youthful exuberance more than welcome amongst the admittedly over-saturated superhero genre. ‘Shang-Chi’ opens on a gorgeously rendered prologue introducing the world to beloved Hong Kong film icon and star of classics like ‘Chungking Express’ (1994), ‘In the Mood for Love’ (2000), and ‘Hero’ (2002) Tony Leung Chiu-wai as the dubious immortal warlord Xu Wenwu, empowered by a mysterious set of ten all-powerful rings that grant their possessor near-limitless power.

Over centuries, Wenwu amassed legions of warriors under the banner of the Ten Rings – only halted in his conquest upon searching for the fabled realm of Ta Lo and meeting Fala Chen’s Ying Li, the village’s guardian. The two fall in love, Wenwu agreeing to put away the rings in favor of rearing their two children; Shang-Chi and Xianling. After Ying Li is tragically murdered, Wenwu plunges headfirst into the world he had left behind, reigniting the Ten Rings and raising his son as an unbeatable assassin whose hands were deadlier than practically any weapon known to man. Shang-Chi escapes his father’s grasps at the age of 14 after being sent on his first mission-to-kill, changing his name to Shaun and hiding away in San Francisco. This is where we meet the character, now having grown into the film’s ineffable breakthrough star Simu Liu, who works as a valet alongside his best friend Katie – played by ‘The Farewell’ (2019) star Awkwafina. The pair are drawn back into the world of the Ten Rings after a hair-raising ambush on city transit ignites a globe-trotting quest to find Shang-Chi’s long-lost sister and figure out why it is his father has chosen to hunt him down after over a decade of peace.

While the film does inevitably fall into the same trappings as all but a few superhero blockbusters that have come before (unintelligible CGI slugfest finale, over-mythologized plot contrivances, etc.), the film forefronts a dynamic contemplation of legacy and heretical identity in its first two-thirds. Shang-Chi is forced to grapple with his complicated lineage, ignoring his father’s darkness in favor of his mother’s light. But as is repeated many times throughout the film, most memorably by his aunt Ying Nan portrayed by Michelle Yeoh, he is both his mother and his father – the good and the bad. It is this revelation that powers his transition from a scared young boy plagued with anger and regret to the assured hero that he must become to defeat his father once and for all. While certainly not the first time a film has examined the complicated relationship between father and son, ‘Shang-Chi’ proves a memorable and emotional journey sure to satisfy both MCU skeptics and fanatics all the same.

No matter how impactful the familial drama or lavish the mythical locales, the greatest strength of both the Shang-Chi character and his eponymous film is the ability to spontaneously weave jaw-dropping action sequences at the drop of a hat. To say ‘Shang-Chi’ harbors some of the MCU’s most intricately detailed fight choreography would be a tremendous understatement as the film reaches far beyond the confines of the Marvel universe, numbering among some of the most exhilarating action-epics in recent memory. The aforementioned bus fight between Shang-Chi and former heavy-weight boxer Florian Munteanu’s muscle-bound Razorfist is likely the highest height reached within the film.

Simu Liu expertly channels the pantheon of martial arts maestros, exuding a specific physicality and playful spontaneity that enables his character to balance jovial wit with ruthless ferocity. While the inaugural fight remains a high-water mark throughout the rest of the film, subsequent confrontations at Xianling’s penthouse fight club and along the scaffolding outside it, at the vanguard of Ta Lo, and the ultimate showdown between Wenwu and Shang-Chi do not disappoint. Where the film’s action begins to teeter away from greatness is in its overstuffed final twenty minutes, fizzling into little more than an over-budgeted ‘Clash of the Titans’ film in favor of the gritty and grounded hand-to-hand epic it strove so hard to espouse itself as across the rest of its runtime.

The Importance of ‘Shang-Chi’ – A True Cultural Milestone

While it may stumble once or twice along the way and more than a few of its jokes fall decidedly flat, ‘Shang-Chi and the Legend of the Ten Rings’ reaches the finish line as a triumphant affirmation of the commitment from both Marvel and Hollywood writ large to empower more diverse storytellers to tell new and exciting stories. Director Destin Daniel Cretton’s ability to transition from the somber internal dramatics of films like ‘Short Term 12’ (2013) and ‘Just Mercy’ (2019) into the highfalutin antics of comic book filmmaking should serve as a testament to rewards reaped by swinging for the fences and letting visionary filmmakers fully realize their vision (a feat almost sure to be duplicated with Chloé Zhao’s ‘Eternals’ later this year). Simu Liu shines as the titular hero, honoring his position as the first Asian American actor to headline his own comic book blockbuster and earning his place as the newest Avenger to hit the scene. All in all, ‘Shang-Chi’ is an uber-satisfying epic sure to whisk audiences away to a land of faceless dogs, flying dragons, and Awkwafina – what more could anyone want in a movie?