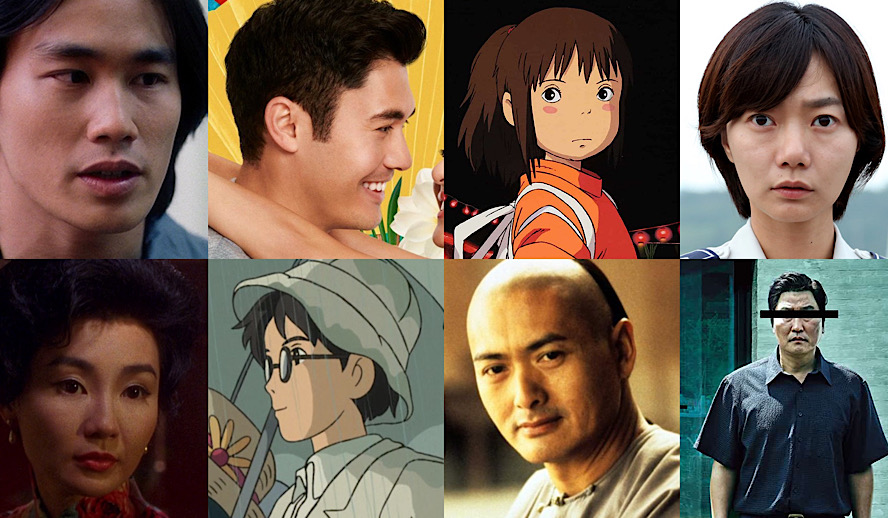 On March 16th, 2021, a shooter murdered eight people at multiple spas in the Atlanta area. Out of the eight victims, six were Asian women. This horrific act of violence has caused a lot of backlash against organizations like the NRA and a call for laws on gun control to be strengthened. In order to combat the Anti-Asian actions and hate speech that has been occurring, we made a list of the ten most impactful Asian films from the 21st century. We hope you enjoy them and are able to get a better glimpse into life as an Asian person.

2001’s ‘Spirited Away’ was a critically-acclaimed film from director Hayao Miyazaki, the first of his films to reach such success. Its success translated to the Academy Awards where it won Best Feature and Studio Ghibli’s film became the first and only hand-drawn film to win in that category. Often considered one of the best, if not the best, animated films to ever be made it consistently scores high on rankings. For many, ‘Spirited Away’ was the gateway into foreign cinema, especially anime and animation. Without this movie, Japanese animated cinema would not be nearly as well-known as it is now.

Another one of Hayao Miyazaki’s films is ‘The Wind Rises’, a 2013 film about prewar Japan. ‘The Wind Rises’ is best known as Miyazaki’s last film before his retirement in 2013, which he later came back out of in 2017 because he felt bored. Along with ‘Spirited Away’, ‘The Wind Rises’ was ranked as one of his best films because of its earnest fictional portrayal of Jiro Horikoshi, the creator of the aircrafts used in World War II by Japan. Like many other Studio Ghibli films, Miyazaki’s masterpiece centers around loss and regret that shape a character’s life.

‘A Girl At My Door’ or ‘Dohee-ya’ centers around a once-promising police officer (Bae Doona) who now lives in a small village. One day, she encounters a young girl and offers to care for her and protect her from her guardian’s abuse. While this movie is lesser known than many other names on this list, the story is no less impactful. It’s a thematic story about how corrupt society is and how often we try to absolve ourselves of our sins without repentance. The film may be set in South Korea, but the authenticity of the characters translates across the screen with ease and informs the audience of the true message.

‘Better Luck Tomorrow’ was director Justin Lin’s solo directorial debut and the film’s momentous attention helped Lin become the main director for the “Fast and Furious” franchise. Even Roger Ebert, one of Hollywood’s harshest film critics, praised the film and even defended it from nay-say-ers. His support encouraged film companies to eye the movie for distribution before ‘Better Luck Tomorrow’ was eventually bought by MTV.

Jon M. Chu’s ‘Crazy Rich Asians’ made history as the first blockbuster film to have an all-Asian cast since the 1990s and a huge step in representation. It became the highest-grossing romantic comedy of the last decade. As well as that, it also cemented itself as the 6th-highest-grossing rom-com ever. Chu’s incredible movie was proof that Hollywood was in desperate need of Asian representation and the numbers backed his statements up. The success of ‘Crazy Rich Asians’ served as launching pads for the main cast including Henry Golding, Constance Wu, and Awkwafina.

Kar-Wai Wong’s ‘In the Mood for Love’ became an instant classic and an example of masterclass cinema. A story about romantic yearning and treading the fine line between flirting and friendliness, Wong’s movie checks all the boxes. Known for its delicacy and subtly, this movie shone a light on cinema from Hong Kong. As well as that, it was ranked by BBC as the 2nd best film of the 21st Century.

One of the more recent films on this list is Lulu Wang’s ‘The Farewell’. It stars Awkwafina, a rapper, and actress who became a household name after ‘Crazy Rich Asians’. For Wang’s inexperience, the film reads as if it was done by someone with fifty years of directing under their belt. ‘The Farewell’ dissects the differences between America and Asian countries like China and makes these contrasts easy to see. Above anything else, it enlightens the viewer of what it’s like to be Asian American for those who aren’t, in a touching and honest way.

‘Crouching Tiger, Hidden Dragon’ was another gem from 2000 by Ang Lee. Like Wong’s ‘In the Mood for Love’, the movie became a hit overseas and even became the first foreign-language film to make $100 million in the United States. As well as that, Taiwanese director Ang Lee was recognized for his talents and since then has gone on to direct classics like ‘Life of Pi’ and ‘Brokeback Mountain both of which he won Academy Awards for.

2016’s ‘Train to Busan’ may be a surprise for some on this list since it wasn’t a drama or a comedy like many of the others. In fact, ‘Train to Busan’ is classified as a horror film and centers around a father and his daughter in the midst of a zombie outbreak. The film may not sound as sophisticated as ‘The Farewell’, but its effect was as massive. The success of ‘Train to Busan’ highlighted South Korean cinema and began to draw attention, right before ‘Parasite’ would fully solidify this country’s cultural impact. Underneath the gory action, ‘Train to Busan’ is about familial love more than anything and how far a father is willing to go in order to protect his family.

Bong Joon-ho had been a popular name in Korean cinema for the majority of the 2010s, having had earlier success with ‘Snowpiercer’ and ‘Okja’, but 2019’s ‘Parasite’ extended his impressive credentials. A movie about classism and greed, ‘Parasite’ broke almost every record in the book. It won four Academy Awards and became the first non-English speaking film to ever win the award for Best Picture. Joon-ho’s complete dominance over the awards in 2019 only reinforced the message from 2018’s ‘Crazy Rich Asians’, that Asian representation was desperately wanted and needed.