Netflix’s ‘Rumspringa: An Amish in Berlin’: The Story of an Unexpected Friendship 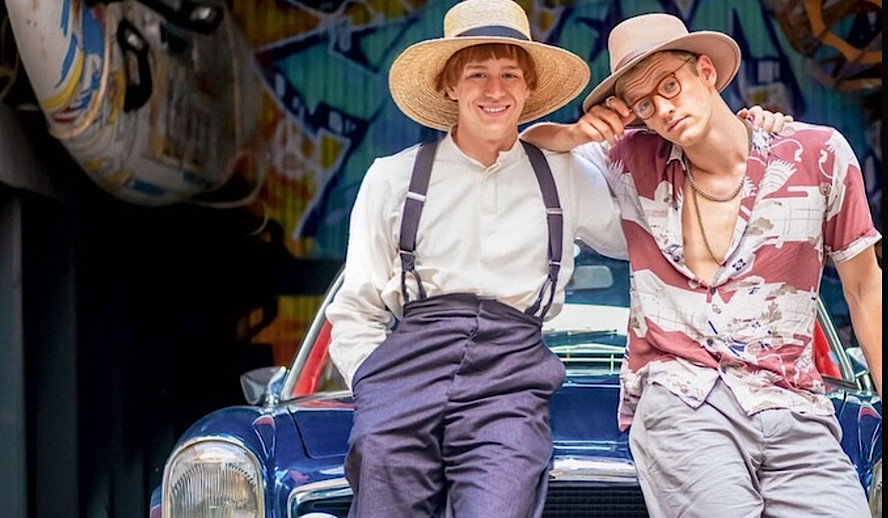 Photo: ‘Rumspringa: An Amish in Berlin’

‘Rumspringa’ is a German comedy that blends both drama and romance in an inventful yet typical way. The film is directed by German director, Mira Thiel, who manages to highlight the stark difference between the Amish lifestyle and today’s modern society. The film follows the archetypal trope that is reminiscent of films such as Eddie Murphy’s ‘Coming to America’ where the main character navigates the world in the midst of a cultural shock. It’s unconcerned and funny but it is missing the needed emotional depth and cultural intelligence that could have driven this movie home.

An Introduction to The New World

The movie starts off in the Amish country of Germany. We are first introduced to our main character, Jakob (played by Jonas Holdenreider), who is being sent off by his family for his “rumspringa”. Rumspringa is a tradition and a period of time amongst Amish communities that allows girls and boys of adolescence to explore and have freedom before making the decision to whether or not become baptized into the church or leave the Amish community.  Jakob is given the family bible by his father and then flies to Berlin (which entails a funny montage of Jakob experiencing technology and different forms of travel for the very first time). Once he arrives at the airport, he is faced with trouble as he loses his bag filled with both his belongings and the bible after helping a young woman. Jakob is thrown into a world of shock as he is forced to face the cultural difference of city life alone.

It is up until he meets a man with a beard, a wide brimmed hat, and suspenders. Jakob assumes he is part of the Amish community but to his own surprise, he is not. The assumed Amish man is Alf (played by Timur Bartels), a college student who loves going to parties and throwing parties. He first ignores Jakob but later on feels pity for the lost man and takes him in to help him find his lost bag and family bible. Alf only helps him in the beginning to woo over his friends with benefits partner, Freja (Tijan Marei). But as the movie progresses, he forms an unlikely bond with Jakob. Alf is first seen to be overly cocky and full of himself, but he comes to be a selfless and caring person with the help of Jakob. Quite early on in the film, Alf helps Jakob find his bag by giving him a gig as a food delivery person on roller skates. Eventually, Jakob finds his bag and meets a young art curator, Ina (played by Gizem Emre), who he develops a relationship with later on. Alf teaches Jakob about partying and sex while Jakob teaches Alf about the bible and how to use an axe.

Alf and Jakob’s friendship is the driving force of the movie. Their friendship starts off complex but it soon develops into an endearing dynamic between the two as they teach each other parts of their culture that benefit them both. The film is a thought-provoking piece that explores the relationship between tradition and modernity. What I do have to criticize is how the film touches on this culture that we as a modern society do not fully understand. It’s lighthearted but it can sometimes cross the boundary between respect and also mockery. It disrespectfully pokes fun at some aspects of the Amish lifestyle with the use of Alf’s character. Some may not have prior knowledge to the culture of the Amish, but this movie recognizes the importance of particular traditions and effectively communicates these beliefs in a manner that is accessible to those who may not fully understand their lifestyle. Some may not know how the community works in its entirety, but the movie examines themes of empathy, identity, and family which can resonate with an audience.

With these motifs, Jakob’s relationship with life is a refreshing take that I believe was the theme that stood out for me the most. Although he is exploring this rite of passage in the Amish community, his outlook towards life in comparison to Alf’s was interesting and presented a moment of emotional depth that the movie could have further explored. Alf believes that his life is defined by his career and the pressures set out for him by his father, whereas Jakob knows that his desire in life is to be a good person. This outlook on identity was the catalyst that changed Alf’s perspective, it caused him to further embrace empathy and pushed him into self-discovery.  To quote and pose the same question as Jakob: “Is that [a career] what you’re commanded to do with your life?”

Is ‘Rumspringa’ Worth Watching?

Director Thiel did a great job in creating a vibrant story of unexpected friendships and the collision of different cultural values. It is a simple story that follows the themes of coming of age and new challenges without being entirely dismissive of each character’s beliefs and backgrounds. The direction was experimental with the different camera angles, especially in the party scene where Alf and Jakob share a moment together drinking alcohol. The main character is incredibly sympathetic which forces the audiences to feel for him which makes the story interesting.

Though the film has its redeemable qualities, ‘Rumspringa’ has its pacing issues which can be slow in some areas but quick in others. There are times when the main character has developed and grown suddenly in which the story completely dismisses. He goes from Amish tradition and jumps straight into fully adapting to modern society within the first 30 minutes of the film. There are definitely problematic areas of the story that the movie glosses over but should have been addressed. It is oftentimes comical but it lacks certain aspects of emotional depth and social awareness that are needed to fully shape the movie in its entirety.

‘Rumspringa: An Amish in Berlin’ is available to stream on Netflix.