HBO’s ‘Succession’: A Masterclass In Drama and Satirical Television | An In-Depth Analysis 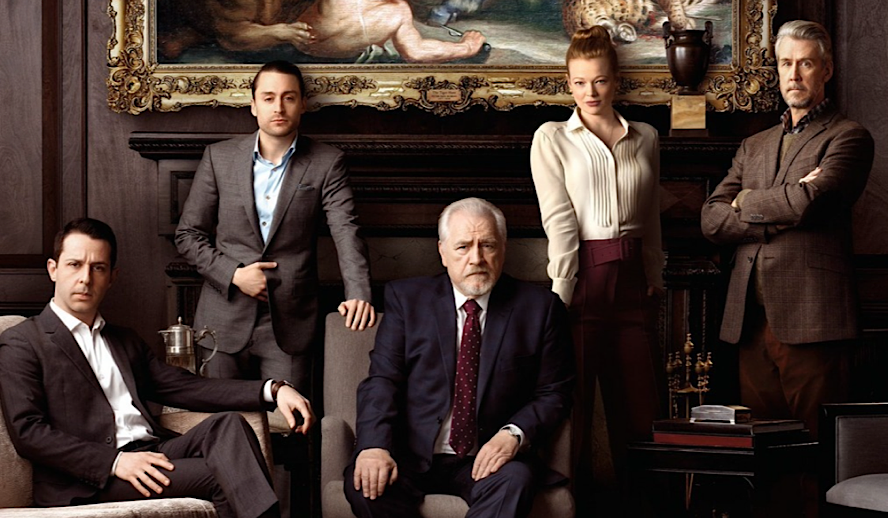 With its fair share of popular original series, from ‘Game Of Thrones’ to ‘Big Little Lies’, the popularity of ‘Succession’ should be no surprise. HBO continues to create series that not only focus on conflict and drama but explore human relationships whether it is a series based on fantasy or sci-fi. ‘Succession’ is no different, as HBO has created a show that brings an interesting take on the greed and high power while combining both controversy and comedy.

‘Succession’ is a profound piece of exciting television that expertly fuses the genres of both satire and drama. The writing and the dynamic of characters are a poignant reminder of how intricate this series truly is. On the forefront, we can say that the show is just about a rich family and their struggles, but what ‘Succession’ truly offers is a complex narrative of family trauma and isolation.

‘Succession’ – The Brilliance of Character Dynamics

‘Succession’ follows an elite family who run a legacy media corporation and it examines the rivalry within high power status. Logan Roy (Brian Cox) is a known media tycoon who is on the verge of retirement. His children: Kendall Roy (Jeremy Strong), the promised prodigal son, Shiv Roy (Sarah Snook), the only daughter who attempts to escape the Roy name, Roman Roy (Kieren Culkin), the overly cocky yet unsure businessman, and Connor Roy (Alan Ruck) the clueless son, are the group of characters this show follows who bring to life the power-hungry environment within corporate America.

From its amalgamation of personalities, ‘Succession’ seamlessly brings characters of noble status together without making it seem like the show is overcompensating for something. By having peripheral characters, such as Logan’s estranged halfhearted nephew, Greg Hirsch (Nicholas Braun), and Shiv’s eagerness to please husband, Tom Wambsgans (Matthew Macfayden), they become catalysts to the power and prestige that provide a sense of comic relief within the show. With the creative writing of showrunner Jesse Armstrong, the series brings into effect such creative wittiness through explicit and raunchy dialogue between the characters. Whether it is a fight for control of the company or the brink of company collapse, Armstrong effectively creates banter that evokes a sense of lightheartedness despite stressful situations.

At the heart of the show, the series is viewed as a satire as it explores the preposterousness of wealth, luxury, and corporate America. By creating petty and foolish caricatures of people in high society, it emphasizes the true aspects of satire within the series. Composed of sarcastic jokes and insults, the show is filled with brutal comedic comments that the writers creatively weave into the storyline. Witty lines such as, “you can’t make a Tomlette without breaking some Gregs” (Season 2 Episode 9) are examples of such sly humor and comedic relief that is vital to the series.

Moreover, with the talented group of actors and actresses, the success of the satirical aspect of the show is thanks to how these sarcastic remarks are delivered. From Kieren Culkin’s portrayal of Roman’s immature humor to Nicholas Braun’s depiction of the awkward Cousin Greg, it effectively creates a nature of subtle humor and satire within the series. Such aspects of the show poke fun at the misery of each character while also exploring their overall struggles.

The Drama of Human Nature and Relationships

As mentioned before, we can look at this show in its mundaneness and vaguely view it as a story about wealth and status. However, by examining the show by looking past the binary lens of the misery and distress of the rich, it ultimately boils down to struggles that we can empathize with as human beings. Evidently, what the show explores is that wealth, status, and power is what all these characters know. When stripped away of these things (or when put to the test), it is fundamentally detrimental to these characters that we, as an audience, can understand.

When asked if the Roy family are good people in an interview with HBO, Armstrong claims that: “the Roys do lots of bad things in the world, but when we’re creating these stories, we’re empathizing with them.” It can get confusing and almost contradicting because we do not necessarily relate to these characters in terms of being part of the upper echelon side of society and/or we are not necessarily in line with their political views, but what we do recognize is the emotional heartache each character goes through and endures.

What creates an intricate dynamic between the characters is that despite the family name and title, their relationship is far past a familial bond. Although there are moments in the show where they have rare heart-to-heart moments as siblings, the reality of their life as powerful elites are prioritized before their actual family relationship. The Roy siblings are seen constantly trying to one-up one another in order to make a name for themselves in the face of their domineering father. Logan, being in the center of it all, is the individual who is feared the most by both his children and staff members.

From the very start of the show, Logan struggles with retirement because his overall identity is his business. He has a difficult time grappling with the idea that one of his children could be capable of taking on his role as CEO. Although he has built this legacy for his family, he refuses to pass it down to his children. This then incites the competitive relationship between the siblings as they fight to prove themselves to him. It not only creates tension but ultimately reveals the toxic and isolating nature of their family dynamic.

This is why ‘Succession’ continues to be triumphant as a drama. The series continues to peel back the exterior of superficial statuses and titles while looking deeply at the humanity of these characters. In the face of the public within the show, they are seen as invincible multi-billionaires, but we as an audience explore the vulnerability of each individual character and witness how they cope with toxic relationships and the isolation that comes with fame and fortune.