‘The Walking Dead’ on Family and Community: Organizing a New Life After Disaster 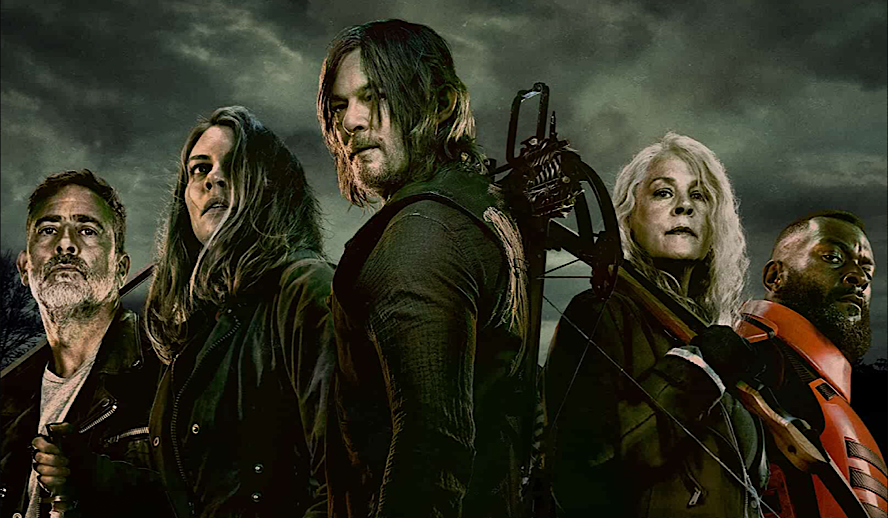 First airing on October 31st of 2010, AMC’s ‘The Walking Dead’ quickly became a cult favorite. So what separates ‘The Walking Dead’ from your regular old zombie show? What has allowed this TV adaptation of the popular comic book series to remain on air for 11 years and counting? Well truth be told, the devil’s in the connection the viewers were able to form to the characters. This is mostly due to the fact that the show never attempted to truly scare its viewers, instead it brought them into this post-apocalyptic reality along with the characters and made them feel included in the bond that the characters formed with each other.

We see this prominently exemplified with the fall of ratings and viewership post the premiere of season 7, in which Glenn Rhree (portrayed by Steven Yeun) was brutally executed by Negan Smith (portrayed by Jeffrey Dean Morgan). This uniqueness within ‘The Walking Dead’ has allowed it to remain a horror staple for over a decade. Many have grown with the show, and seen that growth reflected in the characters, making ‘The Walking Dead’ a piece about development above all. Unlike many other post-apocalyptic and zombie-related shows, ‘The Walking Dead’ does not focus on the undead. They are simply a complication. Instead, the show tells a tale of human morality and allows us to reflect on our own complicated nature.

Across the show, we see our characters build communities, both of the literal (such as the settlements of Alexandria and Hilltop) and figurative (such as the bond between the main characters) senses, and lose them. We see children be born, grow up, and even die. We see people get married and lose their spouses. We see characters question whether or not it’s time to let the world slip from their grip. These are all very real and human experiences that the show incorporates into its storytelling. So is ‘The Walking Dead’ just a tale of reanimated corpses and desperate attempts at survival? Far from it.

‘The Walking Dead’ – The Gray Area

Truthfully, ‘The Walking Dead’ is the perfect analogy for real-life challenges that are all too familiar to many viewers. The show underlines the moral choices that we all must make to some degree in our everyday lives. From enemies becoming allies, to allies becoming enemies, and everything in between. ‘The Walking Dead’ can never leave things black and white. In fact, the very foundation of the show is built on the gray area of morality. What can you do when ethics will leave you dead? What can you do when you have to choose between loyalty and survival? These questions, and so many more, are masterfully answered through the storytelling of ‘The Walking Dead’.

Community and family have been the biggest running themes within the show since its very conception. But what happens when that community, that family, is fractured? That is exactly what part 2 of season 11 is setting us up to learn. This installment of the final season opens with a scene of a “whirlpool” of walkers advancing towards an enemy settlement of a group called the Reapers. This whirlpool is led by Maggie Rhree (portrayed by Lauren Cohan), Negan Smith, Gabriel Stokes (portrayed by Seth Gilliam), and one of Maggie’s people, Elijah (portrayed by Okea Eme-Akwari). As stated by showrunner Angela Kang in the season 11 episode insider number 8, the main characters of the show have learned techniques from their past enemies.

Using the tactic of walking amongst the dead, our main characters invade the settlement of the Reapers to steal back the food that was taken from them. Meanwhile, back in their home settlement of Alexandria, a very severe storm is brewing. Anxiety and fear run rampant. Many of our characters are trapped in a house that is surrounded by walkers who are beginning to break through the doors and windows. As stated by Kang in the episode insider, this is shown to the viewers to remind them about why the others are out on the mission to take their food back from the Reapers. They are defending their families and their friends. With flashy, yet gloomy cinematography that utilizes classic special effects of rain, thunder, and lightning, we are shown as our characters take on the elements, enemy groups, walkers, and their own fears.

As the storm passes, the settlement of Alexandria is left in shambles. Our characters are faced with the decision of whether to move on or to rebuild. Some choose to stay, and some choose to go. For a community that has always stuck together, it is exceptionally challenging for our characters to separate to protect their own best interest and the interest of the people they hold dear. Notable performances within this conflict of separation are given by Cailey Fleming (as Judith Grimes), Norman Reedus (as Daryl Dixon), Christian Serratos (as Rosita Espinoza), and Lauren Cohan (as Maggie Rhee).

We watch as our characters wrestle with their dedication to their family and the need to survive. They have to make the tough calls, like sacrificing their own dignity for the sake of their loved ones. Surely, this is familiar to many of us on the other side of the screen.

‘The Walking Dead’  is exceptionally easy to relate to. That may come as a surprise given the gruesome and surreal nature of the show, however as you watch, you’ll find yourself understanding these characters’ motivations, their fears, even their thoughts, and see your own reflection in one, if not many performances. The show does an incredible job at balancing emotion with logic and fear with excitement. You will not question what the characters are doing, as you’ll be right there beside them making these decisions.

Family Until The End

Fast-paced, yet thorough. ‘The Walking Dead’ leaves you more connected to yourself than you were before. You just have to know where to look. The community that is engineered by the show will provide you with a sense of familial belonging, not because it’s perfect, but instead because of the very reverse. This family argues, turns against one another, becomes unbearable, and even separates completely. Though at its very core, there is nothing that could ever change the overwhelming support that it provides.

Of course, many, if not most, shows and films discuss family and community. But very few do it with the same spirit and generosity as ‘The Walking Dead’. So if you find yourself longing to see your own reflection in another, to be a part of a group that never stops evolving, turn to ‘The Walking Dead’.