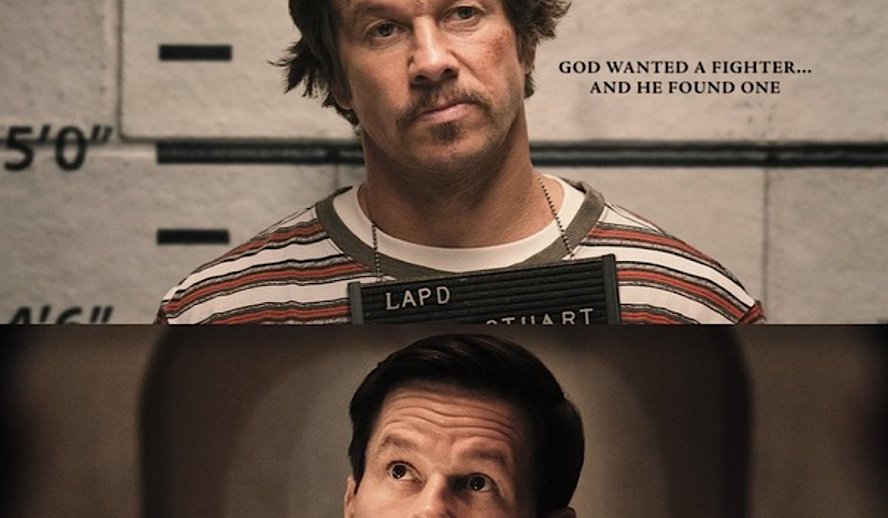 To follow this Easter weekend, Mark Wahlberg stars in ‘Father Stu’ as a turned priest who explores faith and redemption in the midst of hardship. In a story about the holy doctrine and the conversion into religion, the movie understands its own bias of faith while attempting to appeal to a general audience. Written and directed by Rosalind Ross and produced by Wahlberg himself, the story emphasizes character development while having lighthearted aspects throughout the movie.

The premise of the film is based on faith which may only appeal to those interested in themes of spiritual absolution. It succeeds in all aspects of a man trying to find God but it also misses the potential depth and complexities that follow human connection through religion. The film overall is simple and sometimes predictable, it definitely follows the consistent theme found in previous roles Wahlberg has played where the disgruntled man turns good. With such predictability, it is a straightforward watch that has the potential to be enjoyable for those who are a fan of Wahlberg’s work and spiritual movies.

The Story of an Unlikely Priest

‘Father Stu’ is based on a true story about the boxer-turned-actor-turned-Catholic priest, Stuart “Stu” Long. The film explores his spiritual awakening and his journey into priesthood. Stu starts out as an amateur boxer in Montana who is past his prime. He struggles with finding a sponsor and suffers health complications because of this career. His parents, Kathleen (played by Jacki Weaver) and Bill Long (played by Mel Gibson) were divorced ever since the death of his 5-year-old brother, who is brought up throughout the movie. In terms of career and relationships, Stu struggles to get his feet on the ground.

In a spontaneous decision, Stu moves to Los Angeles in hopes of becoming an actor after his failed boxing career. He moves and finds work in a supermarket and pesters customers about potential work in the film industry (in which we see Wahlberg deliver comedic comments). With his time at the supermarket and landing a criminal record, he meets Carmen (played by Teresa Ruiz), a Catholic woman who he falls in love with. Carmen is essentially the catalyst of the story. She teaches Stu about the Church and persuades him to learn more about Catholicism as she convinces him to be baptized.

This became the driving force of the movie as his meeting with her led him to live a life based on faith. His relationship with Carmen and a near-death experience brought him to further explore his role in spirituality and pursue a career as a priest. During his life at the seminary, he is diagnosed with myositis, a rare degenerative muscle disease. This diagnosis doesn’t distraught Stu but further strengthens his faith and his pursuit of becoming a priest.

I do think in some aspects the story is admirable if you are the audience this film is trying to appeal to. It delivers the quirkiness that is needed in order to make it a somewhat lighthearted story. There are evident pacing issues in the writing that seem rushed. It felt like we moved so quickly from him disregarding an acting career and jumping straight into religion. The pacing moved into everything very swiftly for a 2-hour and 4-minute movie. Although in the beginning there were points that led Stuart to priesthood (the scene where he is visiting his brother’s grave and he punches a religious statue), there could have been more to the story that contrasted the faithful lifestyle he ended up pursuing. A lot of his background was dismissed such as his divorced parents and his dead brother who was sometimes mentioned.

Alongside his background, his relationship with Carmen was shortly examined as his pursuance of Catholicism was quick and straight to the point. It rushed into him being with Carmen and then suddenly transitioned into him being baptized. I do believe when dealing with the themes of spirituality and religion in movies, there are great opportunities that allow the writers to go in-depth with the complexities of emotional vulnerability and connection that are present in these types of stories. The film had the chance to explore that aspect but never seemingly does so. The material is there but does not exactly reach that point that is needed to emotionally capture an audience fully.

Despite some misses, the acting of the cast does the job of delivering the story. Wahlberg portrays Stuart’s charisma in a way that is charming and empathetic. Gibson effectively plays the coldhearted turned caring father without losing the grittiness of tough love. Both Weaver and Ruiz are caring and engaging as the female leads of the film. In addition to Wahlberg, Cody Fern who plays an aspiring priest alongside Stuart, is a snotty presence that opposes Stuart’s welcoming persona which sheds light on the compelling character dynamics in the movie.

The movie’s structure has flaws, but if we were to look at the story as the pursuit of meaning in life rather than religion in itself, it can give the movie more depth. I am not saying this to disregard the faith aspect, but looking at how the process of becoming a priest has led him in life, such as reconciling with his father and Carmen, it puts the movie in a more understanding perspective that the writers could have potentially further explored. One of the redeeming scenes of the movie that does showcase such complexities is towards the end of the film between Cody Fern’s character and Stuart.

Stuart was taking confessions and Fern’s character is on the other end. Stuart asks “do you have any regrets?” and Fern’s acting in this scene is compelling as he states his anger that his path to priesthood was something that was set for him in the very beginning. His anger is directed towards him not having the chance to explore something different in his life, whereas Stuart, became a priest in such a short period as if it was an easy choice for him to decide on. This scene in particular recognizes the underlying theme of the movie as it focuses on the struggle in finding one’s own purpose. It brings slight complexity that could have been used to further strengthen the plot.

‘Father Stu’ has a few missteps that lead it to be lackluster at times with misguided writing. It contains all the right characteristics that can make it a profound piece of drama but the direction falters. Though it struggles, the comedic one-liners and the effective acting by the cast are the redeeming parts of the movie that can make it enjoyable for viewers. If one is into faith-based films and the dramatization of religious exploration then ‘Father Stu’ is the one for them.

Here Are More Interesting Stories From The Hollywood Insider