Latin Identity and Inclusion in Hollywood, Should Antonio Banderas and Penelope Cruz Be Included? 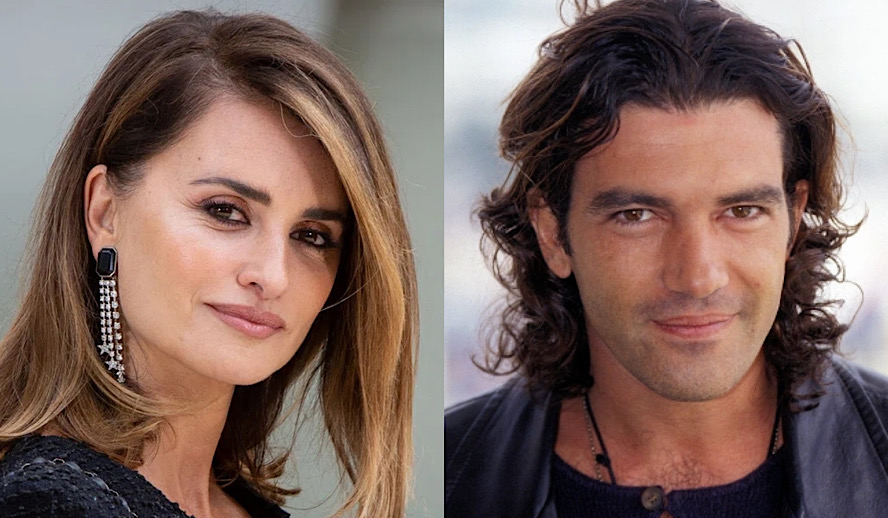 Inclusion is such a blurred ground in the entertainment industry because Hollywood often mixes and confuses cultural identities. Identity is defined as the fact of being who or what a person or thing is, but in further thought, identity has become what the world thinks you are. When arriving in another country, that in this case would be the United States, immigrants are unaware that their identity is about to be shifted and rebranded by everybody, except themselves. The difference is that these identities placed on them suddenly shifts their sense of belonging. It is a privilege to be able to choose how people perceive you without further misconceptions.

Hispanic or Latino/e, Which One Is It?

Let me explain what the terms Hispanic and Latino/e really mean. There’s confusion about what the term Latino/e covers and what heritage it specifies, but basically, the term Latino/e refers to the people of Latin American descent. Back in the day, the term was used for everyone of “Latin” roots, meaning the people that included Latin in their language, such as Italian and French. But the term has evolved, specifically in the United States, and now it only refers to the people of Latin America. Then, the term Hispanic is used to refer to the Latin community as well, but the difference with this term is that it includes only the Spanish-Speakers. Excluding the countries in Latin and South America that do not speak the language, such as Brazil, Guyana, and Suriname.

Latin Identity – Now, Back to Hollywood

Hollywood has taken a while for it to include the Latin community. Even to this day, it feels like the Latin community is the one forgotten the most. Just inclusion, in general, has taken way too long, I mean, it took the Academy Awards 29 years before opting to reward a POC for a performance. Sidney Portier became the first Black male to win an Academy Award in 1964, and then, it wasn’t until 1988 that a Latino/e was nominated for the best actor category. Even when thinking about the Grammys, you realize how hard the Latin community has had to fight to be where they are. It wasn’t until 1994 that Selena won a Grammy, making her the first Latin woman to win the award. Take into account that the first Grammys were held in May 1959. Times are obviously changing, and many categories have now been added to the ceremony. They’ve also created a prestigious award show dedicated to the Latin community itself, the Latin Grammys.  But in the hopes of letting everyone feel like they belong, or pretending to, it feels like inclusion has become this kind of tea box, where the industry wants to force inside and separate each cultural identity.

So here’s the thing, the term Latin has been seen as inferior for many years. Racial slurs and judgments have even accompanied it. So when people are categorized as such, when they aren’t part of the community, the fight for inclusion is totally pointless.

Latin Heritage and Their Connection to Spain

There are many actors and musicians of Latin heritage, but there are also several famous ones that come from the country of Spain. Actors like Antonio Banderas, who, not long ago, was nominated for an Academy Award for his role in Pedro Almodóvar’s film ‘Pain and Glory‘ was literally called a person of color (POC). With reason the internet went crazy because although we love our huge dose of Antonio on our big screen, we do not consider him a Latino and POC, come on people, he is from Spain!

Journalist, and president of the Los Angeles Film Critics Association, Claudia Puig, said to the LA Times after Antonio was called a POC,  “I don’t think Antonio Banderas qualifies as a person of color. I think he’s a wonderful person and a wonderful actor, but he’s European. Yes, he is Hispanic because he’s from Spain, but he’s not from Latin America, so he’s not Latino.” The hashtag #oscarsowhite was dominating social media, and it felt like calling Antonio Banderas a POC, was their way out.

It is problematic to classify influential people as part of a community, just for the industry’s convenience, because it creates a fake window of inclusion. People tend to forget, or maybe they are just unaware, that Spain is to Latin America what Britain is to the USA.

Please, Let’s Start to Get This Right

It is often seen in films, TV, and even in music that representation gets overlooked, and it looks like people are satisfied with the bare minimum and no further research. I mean, why is it crucial for an actor to have a perfect British accent, but when it comes to Latino/e representation, they get it all wrong? Variety wrote an article on the upcoming film ‘The 355,’ starring Jessica  Chastain and Penélope Cruz. In the piece, the writer insists that “Hollywood further perpetuates the idea that all Spanish accents are created equal, and every Hispanic is a Latino.” As Penélope Cruz is playing a Colombian woman, it is not by any means that she does not “look” the part, as it is known that Colombia and most Latin American countries have European heritage, but because Latin actors keep being shoved under the rug and not asked to be included when playing their own cultures.

Even when it comes to the music industry, Rosalia is another name that creates an outrage, not by her means, but because the media and other outlets call her a Latina. She has been the recipient of many awards in the Latin category, as she has also been part of magazine covers and videos where the Latin community is being called and supposedly represented. Many disagree, stating that she does not represent the community, as she has not felt the struggle and discrimination many Latinos have gone through.

Embracing What They Are Given

It is unfair to be bothered towards the artists because they have a label that they did not claim themselves. It has been given to them by other outlets, and of course, they will not reject it as they feel flattered and love the Latin community. For example, Antonio Banderas embraces the term as he feels that he connects more with the Latin community when he is working in the United States because of his language. As for Rosalia, she believes the culture comes through her music and that she connects with the community because all the cultures have a little of each other inside their music. But I further insist, that Latin representation can be deeply hurt when not properly assigned to its real members.