The Ongoing Battle Between Showrunners and Fans | Fandom Culture 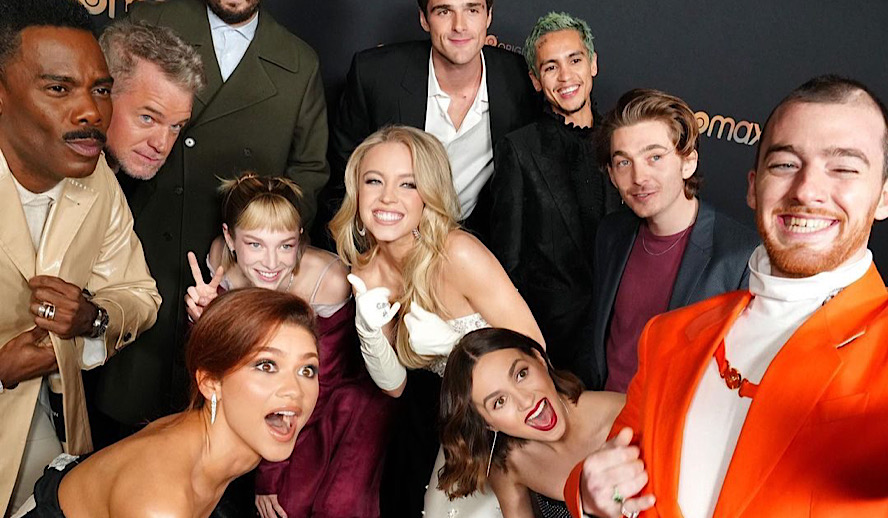 Fandom culture has had a massive impact on how we consume media. The contents of last night’s episode are no longer water cooler chit-chat but live reactions and discussions with thousands of other fans. As soon as a new episode airs, hoards of fans are refreshing Twitter, eager to share their thoughts with the masses. Most recently, ‘Euphoria’ could be seen on the trending page each Sunday night, but this phenomenon has been around for decades. Fans of ‘Buffy the Vampire Slayer’ and later, ‘Lost’ have built fandoms around their favorite media.

When so many people are all talking about and obsessing over the same thing, people are bound to take notice. The cast and creative teams of television’s biggest show are aware of the culture that surrounds them. They see the posts on social media, they’re asked about fan theories in interviews, sometimes they indulge and interact with the frenzy of hypotheses and reactions. But this doesn’t mean that the fans always get what they want. Often the fans are outwardly upset with the showrunners, disappointed in the writing of their favorite characters or the direction a storyline is heading. Social media gives a voice to this distaste and creates a one-sided relationship between fans and the showrunner.

When fans are vocal about their desires and the creative team takes note, many fans expect that these hopes will be incorporated into coming episodes. This is not typically the case. In many highly serialized shows, such as ‘Euphoria’ the season is planned out in its entirety before the episodes hit the air. So, when fans begin theorizing and rallying for certain character arcs or storylines, they feel ignored when they don’t happen. After all, the show would not exist without viewers supporting it, and this makes die-hard fans feel that they have a right to give their two cents.

It’s hard to accept that after becoming so invested in these characters’ lives and wellbeing that you can’t do anything to stop hardships coming their way. When they voice their hopes for the season and they don’t come true, fans are likely to blame the showrunner for ruining characters or ignoring fans. This is multiplied when thousands of fans are sharing the same opinion, it feels like a battle; All of the viewers against the showrunner. This is especially prevalent in season two of ‘Euphoria’ and the showrunner, Sam Levinson.

‘Euphoria’ took the world by storm when it returned for season two after an over two-year break between seasons. The return was highly anticipated and therefore highly talked about. Everyone had their own hopes for the season and theories on what would happen to the characters. In the years between seasons, fans have had plenty of time to create their own storylines, relationships, and character development that they wanted to see in season two. This created expectations for the season that simply couldn’t be met in eight episodes. There were too many expectations, too much to live up to. The season was planned out well before the episodes started airing, leaving the fate of the characters in Levinson’s hands, unable to be influenced by viewers.

As ‘Euphoria’ aired, fans became increasingly upset with Levinson. One of the fan-favorite characters, Kat, was hardly present in the season due to disagreements between Levinson and actress Barbie Ferreira. Fans of Kat were disappointed week after week when she didn’t get the screen time she had in season one. Fans were also disappointed when a new character, Dominic Fike’s Elliot, came between leading couple Rue and Jules. A male presence was not welcome in a group of leading ladies that emphasized female strength and relationships. These disappointments were aimed at Levinson directly, as he was the sole writer for the season. Fans expressed their anger in the form of tweets and memes poking fun at Levinson’s poor plot decisions, all while remaining diehard fans of the show.

The Good and The Bad of Fan Service

There are many cases when fans are heard and their opinions work their way into the scripts. In ‘Euphoria’, one character, Fezco, was originally set to die in the season finale. Fezco was beloved by fans and Levinson decided to spare him in order to avoid letting them down. In other cases, fan service is done over the course of seasons. While the original definition of fan service relies more on pleasing the viewer with beauty and sexuality, when fans are hoping two characters will get together for seasons, fan service can be writers finally giving in. In ‘Gilmore Girls’ Luke and Lorelai are the will they, won’t they driving the romantic subplots of the show. Originally, they weren’t supposed to get together at all. However, fans loved the idea of the two getting together and seasons later, their wishes came true.

Caving to public reactions is not always a positive thing for television. For example, in ‘That 70s Show’ protagonist Eric Foreman was supposed to get a male love interest in the form of Joseph Gordon-Levitt’s Buddy Morgan. Buddy appeared in one episode but the public reaction was overwhelmingly negative when it was revealed that Buddy was gay and interested in Eric. The character and storyline were scrapped and Buddy was immediately written off the show. The character development from the episode was thrown away with Buddy and the course of the season had to be reevaluated. What could have been an incredibly progressive character and relationship was lost because of public reaction.

The relationship between showrunners and fans can interfere with viewer enjoyment of television. If fans are constantly voicing their hopes for the season, they are removing themselves from experiencing the media as the creative team intended it. However, there are cases where viewers have valid complaints about characterization and storylines. These complaints may or may not be heard and acknowledged by the showrunner, but the presence of fandom culture and social media make it nearly impossible for fans to discuss the show without experiencing some hostility to those creating it. In the cases where fans get what they’ve been waiting for, showrunners are praised for listening to the viewers’ desires, but it begs the question of how much the fans should be involved in the creative process.