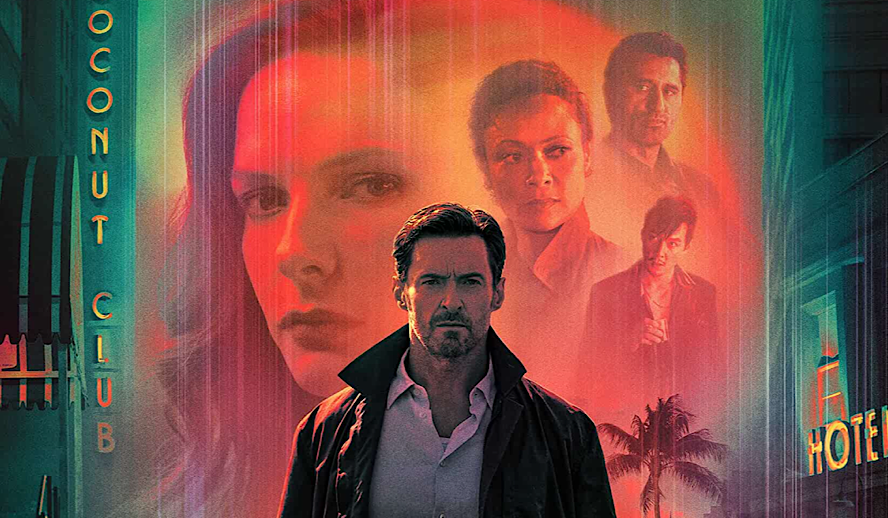 From the co-creator of the critically acclaimed and infinitely complex TV series ‘Westworld’, Lisa Joy, ‘Reminiscence’ takes us into the not-too-distant dystopian future. Set in a hot, high tide-flooded Miami – sometimes referred to as the “sunken coast” – rife with class divide and environmental turmoil, Nick Bannister works in the business of memories. Exhausted with the present and disenchanted with the future, the lowly citizens of this city are constantly venturing backward into time in the pursuit of what they once had, including Bannister.

After a beautiful stranger, Mae, saunters in after closing time hoping to recover the memory of her lost keys, Bannister is inclined to make an exception, and is expectedly mesmerized by her intoxicating presence. On the pretense of returning her lost earring, the two meet again after her visit and embark on a passionate romance; a romance that Bannister spends much of his time reliving in their memory tank… since one day, Mae left without a trace.

“It’s Bad for Business, But There are Certain Moments That Never Leave You”

Audiences will be treated to their second Hugh Jackman and Rebecca Ferguson coupling since ‘The Greatest Showman’. Here, Jackman plays Nick Bannister, the hypnotizing facilitator of his clients’ trip backward into their most important memories. Though he’s a sufficient vessel at the beginning, it soon becomes clear that Nick Bannister is absolutely indistinguishable from any other plain sci-fi protagonist searching for a girl he once knew and misses really badly, seeming only to exist within the confines of his search for Mae. Oh yeah, and he fought in the vaguely referenced ‘border war’. Consistent nods towards the recent historical events of this compelling dystopian future litter the story like props, employed whenever a ham-fisted source of corruption or an explanation for Nick Bannister’s one-note badassery is needed.

While Rebecca is gorgeous and enigmatic as love-interest Mae, there fails to be any real depth to the futuristic lounge singer persona that she embodies. Her ambiguous personality ceases to be intriguing after a certain point; I know what you’re thinking: no, it doesn’t feel purposeful. It feels like oversight of the importance of genuine character development. She slinks around in sultry backless dresses and wedge heels, and though Nick’s relationship with her is the axis upon which the story turns, her sexy mysteriousness fizzles away despite the film’s desperate efforts to convince you of her intrigue.

Thandiwe Newton serves as a platonic life-mate and business partner for Nick, and though her backstory is flimsy and clichéd, she still manages to bring that signature beguiling charm. She struggles against the borders of her loosely defined personality, is painfully capable of more, and ends up slightly more dimensional than even our main character despite the script’s best efforts. A few big-bad characters are introduced – Brett Cullen, Daniel Wu, Cliff Curtis – in order to string the mystery together, each less substantial than the last. With antagonists consisting of enough collective characterization to fill a shot glass, the supposedly thrilling road that we follow Nick down in pursuit of Mae is confused, narrow, and completely loses its sense of finesse in the second half of the film.

For all of the time spent watching the two of them awkwardly hold one another or exchange clunky, impersonal dialogue, nothing true or tangible comes from the short romance that permeates the entire film. Every line of dialogue is dripping with forced significance, begging to be repeated and pondered over. As a result, the pay-off doesn’t feel particularly satisfying or heart-wrenching considering how little audiences are expected to know about or care for these characters beyond their responsibility to the plot.

“The Past Can Haunt a Man”

‘Reminiscence’ doesn’t hit the nail on the head in terms of message and theme, rather bats around at a creeping pace using words like ‘haunted’, ‘memories’, and ‘the past’ in dull, throaty narration from Jackman. It’s convinced that the more that it says these things – pretentious, bite-sized quotes about what it means to remember – the more that you will care. All of this is done beyond the background of a glowing nocturne suited for, dare I say, a better film.

The most memorable part of the film is the CGI-laden setting, wrought with waves lapping against once-towering high-rises now largely submerged, and flooding what’s left of the derelict streets of Miami. The film feels grimy and atmospheric, draped in bleak, industrial tones and damp with sweat from the effects of climate change. Lisa Joy’s film directorial debut had so much promise, and that’s what makes ‘Reminiscence’ so disappointing; the lack of coherence, the bland focus, and the faux-depth that seeps into the dark folds of this visually attractive neo-noir. This film feels like one big cut scene between a rich and vibrant video-game experience like there’s so much left to be experienced if only someone else could take the controls.

Overview: “You’re Going on a Journey, The Destination: A Film You Won’t Remember”

‘Reminiscence’ is another one of those films that longs to reap something tangible out of the lived human experience: time, love, and memory. Unfortunately, it’s a lot easier to talk about memory as a mechanism of emotion rather than truly tapping into the scars that linger long after, that we relive over and over, whether we want to or not. A film about the things that you can’t forget, ‘Reminiscence’ is an indistinct contribution to the romantic-noir genre with little worth remembering.

Audiences can look forward to Hugh Jackman starring in ‘The Son’ alongside Laura Dern, a follow-up to the Oscar-nominated ‘The Father’ directed by Florian Zeller. Rebecca Ferguson is also starring in the new sci-fi adaptation of ‘Dune’ directed by Denis Villeneuve alongside Timothée Chalamet, Zendaya, and Jason Momoa releasing this October. Thandiwe Newton is set to star in ‘All the Old Knives’ alongside Chris Pine, Jonathan Pryce, and Laurence Fishburne.