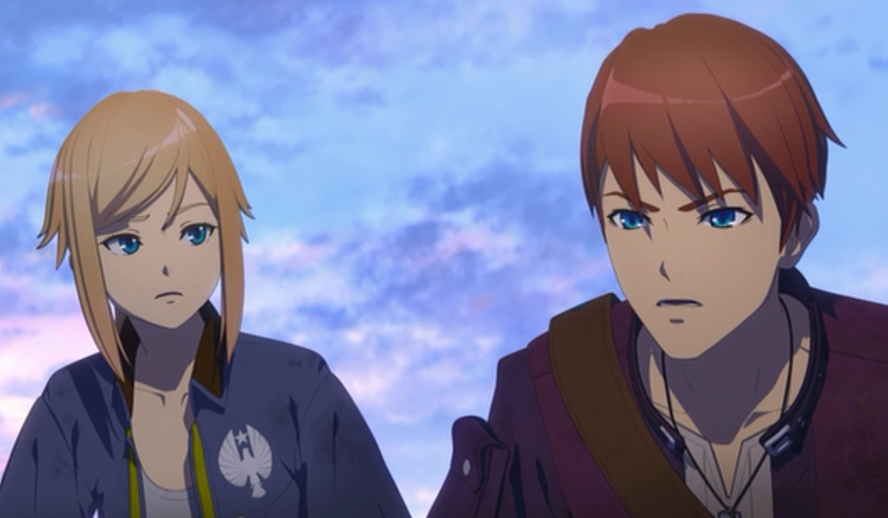 It begins with a battle. A gigantic, scaly foot crashes into the wreckage of a city on fire, only for the creature to be impaled by a giant robot. Voiceover in the form of news reports informs us that ‘gateways from an unknown hellscape’ are opening across Australia, allowing passage to titanic monsters known as Kaiju who are causing death and devastation wherever they tread. Humanity’s only defense? Homemade robots known as Jaegers and the brave pilots controlling them.

Adapted from the 2013 and 2018 live-action films directed by Guillermo del Toro (‘The Shape of Water’, ‘Hellboy’, ‘Pan’s Labyrinth’) and Steven S. DeKnight (‘Angel’, ‘Smallville’, ‘Daredevil’) respectively, Netflix’s new anime brings us back into the post-apocalyptic Pacific, and does so with flair and style. ‘Pacific Rim: The Black’ is seven episodes of tight plot, breathtaking action, and characters worth investing in in the first of (hopefully) many more seasons to come.

‘Pacific Rim’ – The Journey of the Franchise

There was a lot of buzz in 2013 when a film from fantasy director Guillermo del Toro, ‘Pacific Rim’, was released. The premise looked relatively simple – giant aliens versus humongous robots. But this film proved to be more than an anime-looking ‘Transformers’. The film was also built off high-concept science-fiction mythology and complex character relationships, particularly between the lead duo Raleigh Becket (Charlie Hunnam), a washed-up pilot called out of retirement, and Mako Mori (Rinko Kikuchi), the rookie he is paired up with to defeat the deadly Kaiju. The film came and went with decent reviews, with a brief revival in the rather forgettable sequel ‘Pacific Rim: Uprising’ released in 2018. Now, the franchise has found a new – and perhaps more suitable – outlet in a Netflix anime series: ‘Pacific Rim: The Black’.

‘Pacific Rim: The Black’ builds on the premise of its live-action predecessors; in 2013, an underwater portal named ‘The Breach’ opens under the Pacific Ocean, unleashing monsters known as Kaiju on humankind. In response, humanity builds robots called Jaegers to fight back. The Jaegers are so huge and complex that they require two pilots who must mentally link in a process called drifting. Connecting with other pilots is given the rather nifty name ‘neural handshake’, and allows you to see into the memories and emotions of your co-pilot. In the setting of the anime series, Australia has been entirely overrun by Kaiju, causing the remaining residents, including siblings Hayley and Taylor, to live in hiding. After Hayley discovers a hidden Jaeger and accidentally brings a Kaiju down on their community, killing everyone but her and her brother, she and Taylor venture into this post-apocalyptic world and encounter new monsters, not all of which are Kaiju, as well as new friends, not all of which are human.

Considering the first entry to this franchise was introduced to the world in 2013, the anime does its audience the favor of not expecting them to remember the films to get on board with the show’s premise, while also not dumping us in a ton of exposition either. Part of this comes from the smart decision to have Taylor and Hayley begin the show as part of a small community that has been in hiding for years, and so we discover the rest of the world along with them. The other details are quickly established in the first episode: monsters are deadly, robots beat monsters, robots need two pilots working in sync.

The two leads are also effectively set up from the get-go. There is enough familiarity in the protective older brother and idealist younger sister tropes to quickly establish where we stand with the protagonists, while also making Taylor (Calum Worthy) and Hayley (Gideon Adlon) feel fresh and original. Their affection for each other despite their opposing personalities is clear and not overplayed, balancing conflict from the outside world and other characters with inner battles and character journeys.

We are introduced to our supporting characters in the following episodes, which include the speechless and mysterious Kaiju bOy (Ben Diskin), big baddie Shane (Andy McPhee), and his surrogate daughter Mei (Victoria Grace). Each adds to the series in their own way, with Mei’s journey being complex and sympathetic, bOy being endearing (despite straying often into plot device territory), and Shane delivering up a definitively Aussie villain. And of course, we can’t forget Loa (Erica Lindbeck) – the Jaeger’s AI who injects the series with many of its more humorous moments. Each adds to a fast-paced narrative that fits well into the seven-episode arc, both answering and establishing questions around the mysteries of Hayley and Taylor’s parents, Mei’s past, and bOy’s origins.

Guns and Robots and Monsters, Oh My!

The characters are there, the relationships are there, and we are given enough world-building and plot to fill seven episodes without overwhelming the audience with exposition. This is all topped off with stunning animation, especially around the Kaiju versus Jaeger fights that make this an anime worth watching on something other than your smartphone, and a worthy soundtrack composed by Brandon Campbell. The show encapsulates a satisfying journey of two siblings who set out against odds that really do feel impossible. Nothing is easy, and every victory is hard-won, and this makes the final battle in the Jaegar where, as Taylor puts it, they finally have a fighting chance, a rewarding season finale.

The show has already been renewed for a second season and it isn’t difficult to see this becoming a multi-season show. ‘Pacific Rim: The Black’ has left a lot of ground for future episodes to cover both literally, with much of Australia and the rest of the world still to explore, and figuratively. After all, the team has only just assembled, and they will surely only grow stronger and more interesting as they encounter ever more deadly threats in their attempts to survive in this treacherous world.

If you’re looking for a new anime, or just a new binge-watch in general, give ‘Pacific Rim: The Black’ a go – whether you’ve seen (or remember) the films or not. The characters are interesting and not always predictable, the stakes are high, and the world feels lived in. Also…look, robots fighting aliens is just cool.

The first season of ‘Pacific Rim: The Black’ is now available to view on Netflix.