X-Men The Anime: One Of Their Best Iterations, Now On Netflix 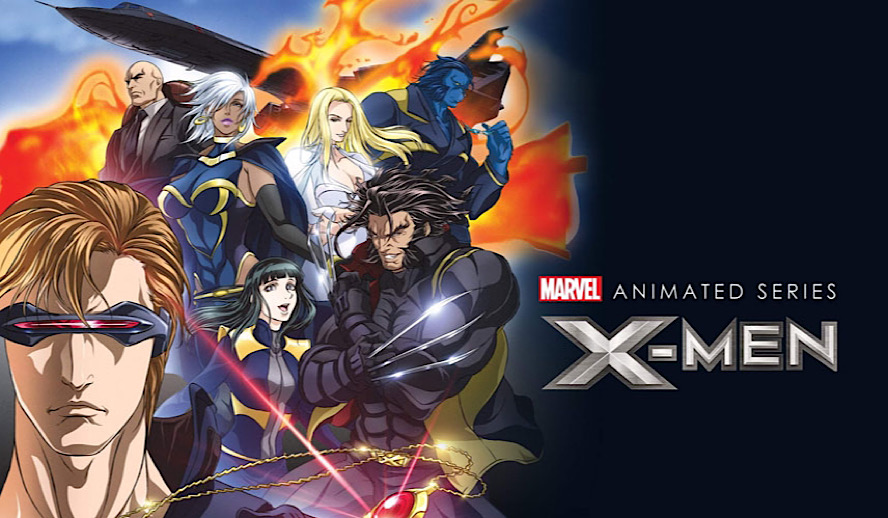 Marvel Anime, a project that consisted of four separate anime series and two direct-to-video films featuring different Marvel characters, was a collaboration between Marvel and MADHOUSE, the latter of which being a Japanese animation studio known for producing a number of prominent anime including Death Note, season 1 of One Punch Man, and Satoshi Kon’s Paprika (which would be a major inspiration for Christopher Nolan’s Inception).

It initially aired in 2011, the same year that Thor and Captain America: The First Avenger premiered in theaters, but didn’t have the same popularity as its other Marvel peers for a number of reasons–a major contributor to its relative obscurity was the fact that it aired on G4, a subscription television network that was quickly on its way to closure. Known most widely for their program Attack of the Show!, which would launch the career of Olivia Munn, G4 had been dropped from DirecTV’s package in 2010 and would officially shutter in 2014.

Related article: ‘Kipo and the Age of Wonderbeasts’ is the Must-Watch Epic Adventure for Fans of ‘Avatar’ and ‘Steven Universe’

Related article: ‘The Dragon Prince’ is Cartoon Royalty, Great for Fans of ‘Avatar: The Last Airbender’

Now, as of December 16, two of the four anime series, X-Men and Wolverine, have made their way to Netflix (as opposed to Disney+) under the umbrella of Sony Pictures Home Entertainment. In this review, I’ll be focusing on X-Men, which has little to do with Wolverine.

As An X-Men Story

The X-Men anime begins with the death of Jean Grey (Jennifer Hale), which is both a negative and positive. For those unfamiliar, Jean Grey is one of the original five X-Men, initially the only woman on the team, and one of the most powerful mutants alive. Gifted with telekinesis and telepathy, her most iconic storyline is that of the Phoenix Force, which is a dispassionate, all-powerful cosmic entity that possesses Jean and wreaks havoc, ultimately causing her death (as it does here).

It’s an awesome storyline that the movies have never managed to get right for a number of reasons. One is that there’s an epic scale to it that’s never properly represented–in the Ultimate comics, for instance, Jean loses control of herself and wanders aimlessly through the cosmos, being observed and worshipped by distant alien species. Another reason is that a big part of her character is the fact that she’s entangled in a love triangle between Cyclops and Wolverine, so the films very easily fall into the trap of portraying her in a rather milquetoast fashion, defined almost exclusively by her relationship with the men around her.

Thus, it’s disappointing to see Jean again being utilized as nothing more than a plot point. Once you move past that, however, the show really picks up steam. The X-Men find themselves investigating a series of mutant kidnappings in northern Japan, where illegal experimentation has led to some mutants degenerating into monstrous forms.

It’s a perfect subject matter for anime, which traditionally portrays more twisted, grotesque figures than comparable Western animation. It also somewhat circumvents the PG-13 curse that afflicted the X-Men films until the arrival of Logan and Deadpool.

In general, the show is beautifully drawn with good attention to detail. Additionally, the English voice acting is top-notch and serves each of the characters’ personalities, arguably better than their Japanese counterparts–the incomparable Steve Blum, for instance, who’s a prominent voice actor known for his portrayal of Spike Spiegel in Cowboy Bebop and Amon in Legend of Korra, is a perfect fit for the iconic Wolverine.

Scott Porter also does a wonderful job of portraying Cyclops, whose difficulties with moving past Jean’s death comprise much of the show’s emotional core. The X-Men films have also struggled to make Cyclops an interesting character outside of his relationship with Jean, and they often end up hammering in the point that he’s the leader without demonstrating leadership qualities–the anime does a great job of avoiding this pitfall.

X-Men The Anime – As A Work Of Anime

This isn’t the first time that Marvel has reimagined its characters with a Japanese art style–there have been numerous comic books that mimicked manga, most notably the Marvel Mangaverse, a series of comics published throughout the 2000s. Before that, there was a manga adaptation of X-Men: The Animated Series in the ‘90s, and even before that there was Spider-Man: The Manga and Hulk: The Manga, both published in 1970.

The Marvel Mangaverse was more overt in its capitalization on manga trends, and many of the characters and themes had been reimagined to fit into manga tropes–Iron Man, for instance, has an Ultimate robot form that plays on the classic mecha suit trope present in works like Mobile Suit Gundam and Neon Genesis Evangelion.

In this way, however, the Mangaverse not only dates itself but restricts itself to being little more than a parody. The X-Men anime succeeds by focusing on telling its own story rather than attempting to mimic the conventions of its newfound genre.

That said, there are subtle ways in which X-Men references popular examples of anime. Much of the show revolves around telepathy and illusion, which is the purview of its most powerful mutants–Professor X (Cam Clarke), Jean Grey, and Emma Frost (Ali Hillis), just to name a few. The red-stained hellscapes that represent the mental battleground are unmistakable in their likeness to genjutsu from the popular Naruto series, and portals through which Professor X enters and exits these psychic realms are nearly identical to the Garganta utilized by various characters in Bleach.

Another glaring reference is to Akira, the groundbreaking film that brought anime to the public consciousness back in 1988. Visual elements of mutant transformations harken back to Akira’s climactic scene in which its tragic antagonist Tetsuo becomes overwhelmed by his powers and mutates into a monstrous mass of flesh, and the way in which a key mutant with immense power is stored in an underground chamber is reminiscent of the cryogenic containment unit that contains the titular Akira.

The allusions to Akira are interesting because they complement a core theme of the X-Men that has existed since their inception, which is that their powers manifest in adolescence and are often tied to their emotions. The X-Men anime also doesn’t rely on these references to build its identity, and so they add to the story rather than detracting.

Related article: ‘Adventure Time’ is One of the Best Animated Shows of the 2010s. Here’s Why.

All in all, if you’re a fan of X-Men, the anime is definitely worth a watch. It does fall into some classic pitfalls of X-Men adaptations, such as artificially weakening Storm (Danielle Nicolet) instead of letting her just summon a tornado and solve everything (“You’re still weak from the last fight, Storm! Let me handle this one”).

On the other hand, its portrayal of Cyclops is more interesting and complex than in the film adaptations, and it touches upon classic themes present in X-Men–for instance, is it ethical or responsible to seek a “cure” for the genetic mutation that grants superpowers? It avoids being a simple rehash by introducing the anime visual style that actually does serve the story.

X-Men can be difficult to adapt due to the fact that, unlike The Avengers which intrinsically features standalone heroes that are brought together, the identity of each X-Man is tied to the team as a whole–consequently, particularly in films that are basically limited to 120 minutes, it can be hard to capture both the group dynamics and the individual personalities that form them. This is where the anime does an excellent job in one of the best X-Men adaptations for film & television.

The X-Men anime, along with Wolverine, are now available to stream on Netflix. As a sidenote, now that Disney owns Fox, I wonder if we’ll see a proper X-Men/Avengers cinematic crossover moving forward?