A Tribute to Michelle Yeoh: From Beauty Queen to Martial Arts Star 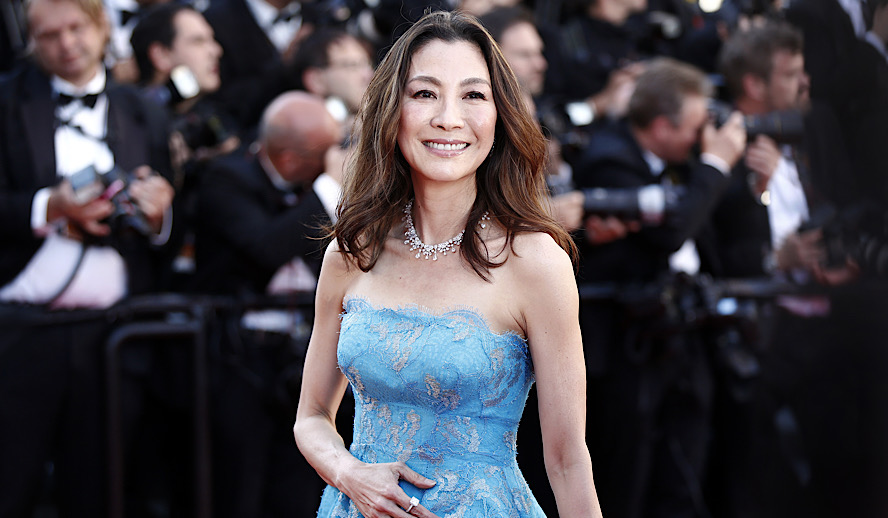 From her role in ‘Tomorrow Never Dies,’ to Marvel’s ‘Shang Chi and the Legend of the Ten Rings,’ Michelle Yeoh’s career continues to flourish as her rise to fame has transcended boundaries while also becoming an icon for many. Though starring in blockbuster movies, her career in television and voicing beloved animated characters has given her a diverse background that further showcases her talent.  From the many popular movie characters she has played, Yeoh holds an infatuating demeanor that constantly captivates an audience.

Born in Ipho, Malaysia, Yeoh speaks English, Malay, and Cantonese. In the earliest years of her career, she first pursued ballet before martial arts at a very young age. She furthered her dancing profession by attending the Royal Academy of Dance in London in her early teens. She then made a shift in her career in 1983 as she was crowned Miss Malaysia at the Miss Malaysia Beauty Pageant at the age of 20 while also winning at the Queen of the Pacific Beauty Pageant in Australia within that same year.

Related article: A24’s ‘Everything Everywhere All at Once’ Is Simply A Phenomenal Film } Michelle Yeoh Film

In 1984 she worked with actor and martial arts star Jackie Chan in a commercial which later launched her career in acting. A year later she began starring in several Hong Kong action films and utilized her dance background to perform her own stunts and fight choreography. Although she does not come from a martial arts background, Yeoh uses her ballet experience to her advantage when working on action movies such as the later wuxia (meaning “martial heroes” in Chinese) driven film ‘Crouching Tiger, Hidden Dragon.’ Few years later, Yeoh married D&B Films producer, Dickson Poon, and retired from the acting scene but soon later made a comeback after the couple divorced in 1991.

A Life-Changing Shift in Her Career

Despite being incredibly talented in her fight performances, her drive to execute dangerous stunts has led her to endure serious injuries. When filming the 1996 film, ‘Stunt Woman,’ she suffered a frightening back injury that put her in neck and back braces. This was evidently a significant moment within Yeoh’s career as it forced her to be in a position that had her doubting whether or not she should continue to pursue this profession. In an interview with The Hollywood Reporter, she claims that this put her in a state of depression that ultimately had her asking herself  “why am I doing this?”

Though it was a fearful point in her life, it was also a defining moment that shifted her perspective on acting. It was in an unlikely meeting with renowned director and martial arts film fan, Quentin Tarantino, that changed her outlook on her career. Tarantino was a big fan of Yeoh’s work and wanted to voice his admiration for her during their meeting with one another. A simple conversation with the notable director gave her new meaning and had her fall in love with acting once again.

It was a year after the injury and the unexpected meeting with Tarantino that Yeoh made her comeback and became known amongst the Western audience. She debuted in the 1997 film ‘Tomorrow Never Dies’ where she played the thrilling Bond girl, Wai Lin, with co-stars Pierce Brosnan and Jonathan Pryce. Her role in Brosnan’s sophomore Bond film helped pave the way for future Bond girls as her portrayal as Wai Lin was a refreshing take that portrayed women in action as independent and fierce characters. Afterward, Yeoh starred in the celebrated 2000 film, ‘Crouching Tiger, Hidden Dragon.’ With it being one of the first martial arts movies in Hollywood, this role further launched her career and brought her into stardom.

Her captivating ability to perform high intense fight scenes while maintaining such grace was something Western viewers have never seen before. While this part showcased her skills as a martial arts star, it further displayed her abilities as an actress as she displayed such emotional depth in her role as Yu Shu Lien. This then opened the doors for more drama-driven roles as she starred in the 2005 period film, ‘Memoirs of a Geisha’ and the 2007 thriller, ‘Sunshine.’

Her Impact on the Asian Community

The impact she has made on Asian Cinema is undoubtedly revolutionary. Her roles throughout history have created a shift within Hollywood that changed the perspective toward Asian representation in entertainment. With her advocacy for meaningful diversity, she has become an esteemed icon that continues to reinforce change within the industry. Before her role in ‘Crouching Tiger, Hidden Dragon,’ she states in an interview with GQ, that she turned down roles that stereotypically viewed Asian women as fragile or delicate. Yeoh has continued to take on powerful and strong characters in order to change the perception of how Asian Americans are represented.

Later on, she starred in the 2018 movie adaptation of the book ‘Crazy Rich Asians’ which was one of the first major motion pictures that had an all Asian cast since the 1993 release of ‘Joy Luck Club.’ Yeoh played Eleanor, the domineering and protective mother of the main character, Nick Young (played by Henry Golding). Although her character in the film was overall intimidating, what Yeoh does so well in depicting within this specific role is Asian beliefs and practices. By portraying a strong matriarch, she puts forth the importance of family and sacrifice that is rooted in Asian cultures. This specific character is a catalyst that unravels the values that are ingrained in Asian households. With the combination of Yeoh’s poise and emotional depth as an actress, this particular role retains a compelling meaning that holds such significance within her career and the Asian community.

What’s Next for Michelle Yeoh

Yeoh is to star in new and outstanding roles that further display her range of talent. Her career is only continuing to thrive as her powerful demeanor and charisma can captivate an audience no matter what character she plays. She recently starred in Daniel Kwan and Daniel Scheinert’s action-comedy, ‘Everything Everywhere All at Once’ which was released in early March of this year.

Yeoh will be next seen in Netflix’s ‘The Witcher’ prequel, ‘The Witcher: Blood Origin’ alongside Sophia Brown, Mirren Mack, and Jacob Collins-Levy.