The Evolution of John Mulaney: The Rise and Journey of the Multil-Talented Stand-Up Comedian 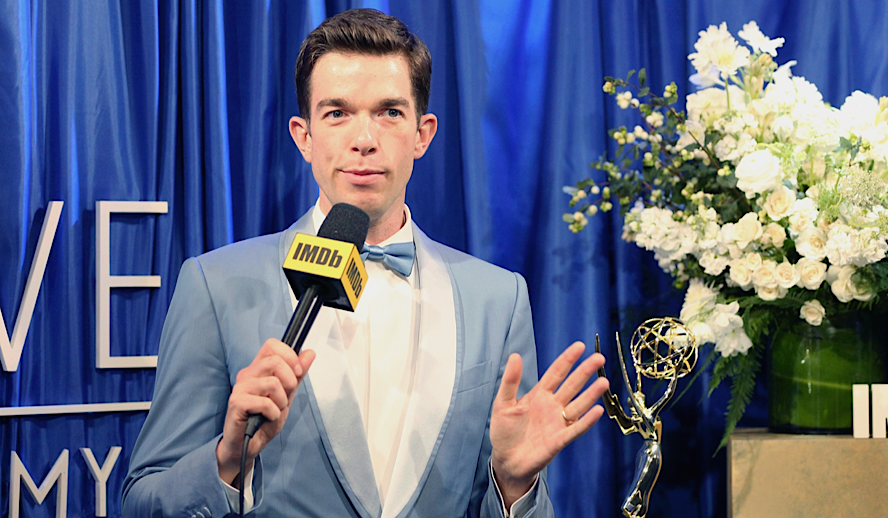 From an English major at Georgetown University, where he would join an improv group with fellow legendary comedians Nick Kroll and Mike Birbiglia, the stand-up special king and former Saturday Night Live writer, John Mulaney, has established himself as one of the greatest comedians of the 21st century. He has said some of the most memorable jokes, “some of the things I was anxious about as a kid don’t bother me at all anymore. Like I always thought quicksand was going to be a much bigger problem than it turned out to be,” and sensational performances in a myriad of different projects, ranging from his debut set on Late Night with Conan O’Brien (“it was always weird when I’d go out for the night with like some money, and then blackout and wake up with no money.

It was even weirder though when I would go out with some money, blackout, and wake up with more money because that means that I earned money, and that means that I traded goods, and/or services, which is scary,”)  his own series, Mulaney, and most recently, the Oscar-winning widely acclaimed Spider-Man: Into the Spider-Verse. Aside from his undeniable performing talents, Mulaney has always been an amazing, and voracious writer, and is responsible for some of the greatest SNL characters, jokes, series, and specials of the 21st century.

Born and raised in Chicago in an intelligent and hardworking Irish Catholic family, Mulaney has always been surrounded by profound culture, from the deep attitudes and views of Irish Catholics to living most of his life in one of the biggest and most historic cities in the United States. This has more than likely contributed to his sharp perspectives on a wide myriad of topics, from city life, drinking, religion, and familial relations, all of which are just a few of the common themes in his comedy. After graduating from Georgetown University, Mulaney pursued a career in stand-up comedy, even opening for Mike Birbiglia on his stand-up tour during the beginning of his career. He later moved to New York City to advance his comedy career and landed an entry-level job with the enormously coveted comedy network kingpin, Comedy Central.

Though his attempts at making anything with the network didn’t lead anywhere career-changing, Mulaney fostered his stand-up skills and worked relentlessly. He started to gain prominence in 2006 when he performed a set on Live at Gotham. A year later, Mulaney was invited to perform on Late Night with Conan O’ Brien, where he crushed it and was invited back just a few months later. His comedic talents, keen wit, and musical delivery shined and resonated with audiences in a way that comedy hadn’t seen since George Carlin or Norm McDonald, and he became a national hit not long after.

In 2008, Mulaney was offered the opportunity to audition for Saturday Night Live. His unconventional audition was structured as a stand-up routine but he weaved in some original characters and impressions. His undeniable talent earned him a position as a staff writer for the show, where he would go on to do occasional and always hilarious Weekend Update bits, and create some of the most memorable characters on the show, such as Bill Hader’s Stefon. While Mulaney’s career as a writer ballooned tremendously, his stand-up career was skyrocketing too. He simultaneously became a headliner and has performed on almost every major late-night show in the 21st century. Mulaney released his first comedy album, The Top Part, in 2009, and garnered positive commercial and critical reception. His second album in 2012, New In Town, gained Mulaney a strong following, but it wasn’t until his 2015 album, The Comeback Kid, where he began to break the threshold from established comedian, to legendary comedian.

Aside from his stand-up and writing success, Mulaney has been acting more and more in the last decade. He’s acted in Portlandia, Documentary Now!, Dickinson, and Big Mouth. His performance as the character Spider-Ham in 2018 was met with monumental praise, and he is sure to move forward in Sony’s Spider-Man universe. As if Mulaney couldn’t get any better, he and his wife, famous makeup artist Annamarie Tendler, are also supporters of Black Lives Matter, as is Hollywood Insider.

Mulaney’s Establishment As a Comedy Icon

Just a year after joining the SNL writing staff in 2009, Mulaney shared a Peabody Award win with his fellow SNL writers. His work on the show also earned him several Emmy nominations, and even one Emmy win for co-writing the Justin Timberlake Monologue with Seth Meyers and Justin Timberlake. Meyers and Mulaney are both producers for Documentary Now! starring Fred Armisen and Bill Hader, which was nominated for an Emmy. After being nominated for his stand-up album The Comeback Kid in 2016,

Mulaney later won his second Emmy for Kid Gorgeous at Radio City in 2018. It’s clear that along with his commercial acclaim, and how well-known and beloved he is by hundred of millions of people around the world, the most prestigious critics and awarders see Mulaney as an incredible and important figure in the arts, one of which worthy of the noblest awards. Not many would disagree with labeling John Mulaney a comedy icon.

Sometime during the weekend starting December 19th, John Mulaney checked into a rehabilitation center for cocaine and alcohol abuse. Mulaney has been open about his substance abuse ever since his first stand up set on Late Night with Conan O’ Brien, (“I can have one or two beers and my brain would be like “okay I see where this is headed. Why don’t we just power down now, and then get restarted some time tomorrow morning?”)  and even on his Emmy-winning Kid Gorgeous special (“Fourteen years ago I smoked cocaine the night before my college graduation; now I’m afraid to get the flu shot. People change!”).

His straightforwardness about these common problems that most people face has been even inspirational for some. In a country where millions struggle with substance abuse, it can be comforting, or even life-saving, for them to hear about their heroes’ struggles too, and how even the people they idolize wrestle with the painful, pressure-filled qualms of human nature. Mulaney’s stardom, and the pressure a star of his stature must live with everyday is unfathomable to many, and even being a world renown talent and having everything can lead you to substance abuse.

Most recently, Mulaney was announced as a new writer on Late Night with Seth Meyers, and will also be voicing Chip in fellow SNL alumni Akiva Schaffer’s upcoming film Chip N’ Dale, with Andy Samberg as Dale. Mulaney is sure to continue his incredible artistic endeavors, dazzling the world with his creativity, and making everyone laugh with his sharp, inventive, and unique wit. Here at Hollywood Insider, we happen to be enormous fans of John. We are inspired by you Mr. Mulaney, we will always root for you.