The Rise and Journey of Jason Sudeikis: The Ultimate Funnyman Of Television And Film 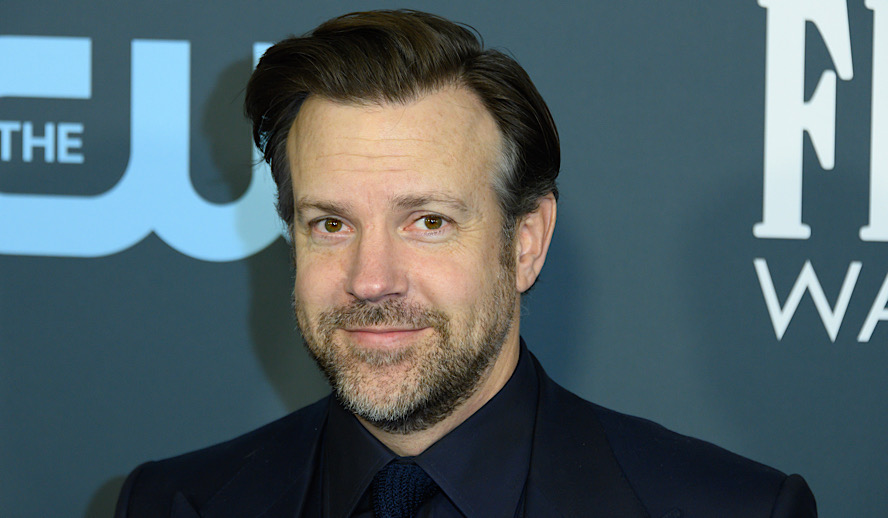 You would have to have not watched any form of comedy in the last 15 years to not know Jason Sudeikis. He has become synonymous with certain impressions on ‘Saturday Night Live’, whacky film roles like ‘We’re the Millers’, and the positivity-spreading show that might be one of the best and funniest shows television has to offer right now that just about everyone has been talking about for the past year: ‘Ted Lasso’. If there is anything Jason Sudeikis knows how to do well, it is how to make people laugh.

Jason Sudeikis’s career began with improv, like many comedians who become ‘Saturday Night Live’ cast members. He started with a group called ComedySportz in Kansas City, MO. He then ended up moving to Chicago and working with a couple of different improvisation organizations and eventually made his way to Amsterdam to perform with the improv theater group Boom Chicago, a group which has produced great comedic talents such as Jordan Peele, Seth Meyers, Amber Ruffin, and his ‘Ted Lasso’ costar Brendan Hunt. After that, he made his way to the Second City Touring Company, a group known for being a pipeline to working on ‘Saturday Night Live’, which was the case for Sudeikis (although he did attempt to also join the Blue Man Group during that same time).

Sudeikis joined ‘Saturday Night Live’ in 2003 as a writer, a featured player in 2005, and then a full-fledged cast member in 2006. He told GQ in July of 2021 that being hired for ‘SNL’ was, “like winning a gold medal in the thing you’ve never even trained for. You just happen to be good at the triple jump, and you really love the long jump.” During his time on the show, he became very well known for several of his political impressions, most notably then-Vice President Joe Biden, Mitt Romney, and former President George W. Bush. He was a cast member for nine years when he announced in 2013 that he was leaving the show. However, he has popped up several times since then in guest appearances, most recently in 2019 as Joe Biden when he was contemplating running for President.

While he was on ‘Saturday Night Live’, Sudeikis also was a part of several other television shows at the same time. He had a recurring role as one of Liz Lemon’s love interests on ‘30 Rock’ and was a voice actor on ‘The Cleveland Show’ for five years as one of Cleveland’s neighbors. In 2015, he joined the cast of ‘Last Man on Earth’ as a guest role but became a recurring character in its second and fourth seasons. After that, Sudeikis voiced the titular character on ‘Son of Zorn’ for its sole season on Fox before its cancellation. He has made guest appearances on many other television shows but one of his most notable ones aired on Disney Plus in 2019 when he played a Stormtrooper who has a rather negative encounter with Baby Yoda on ‘The Mandalorian’.

Of all his roles though, Sudeikis has become a comedy icon for one role in particular: Ted Lasso, the American football coach who gets hired to coach a UK soccer team. The character initially was created for a series of NBC Sports ads to promote the fact that they were airing Premier League soccer in 2013 which Sudeikis, Brendan Hunt, and Bill Lawrence then decided to develop into the Apple TV+ series ‘Ted Lasso’ which has since garnered 20 Emmy nominations, a record for a freshman season of any comedy in Emmy history. When talking about creating the positivity phenomenon that is ‘Ted Lasso’ with Parade and how everyone seems to be relating to the show and its character, Sudeikis said, “I think because human beings are a lot more similar than sometimes we’re made to feel. And even when you’re in your own water, you can sometimes feel like you don’t belong there. It speaks to the learning we all have to do, even within our own home, office, family or team.”

While Sudeikis is best known for his television work, he also has an extensive list of films he has acted in as well. He had small supporting roles in films such as ‘Watching the Detectives’ with Cillian Murphy and Lucy Liu, ‘What Happens in Vegas’ with Cameron Diaz and Ashton Kutcher, and ‘The Bounty Hunter’ with Jennifer Aniston and Gerard Butler. His breakthrough film role was in 2010’s ‘Horrible Bosses’, where he played Kurt Buckman, a man dealing with a horrible new boss after his other one died. After the success of the first film, ‘Horrible Bosses 2’ was greenlit but was not nearly as successful as its predecessor.

When talking about the experience of making the ‘Horrible Bosses’ films with Men’s Health in 2021, Sudeikis said, “Working with Charlie [Day] and Jason [Bateman] is one of the most joyful experiences of my life, because I think they’re so talented. And it’s one of those things where, similar to the triangle of me, Joe [Kelly], and Brendan on the production side of this show, it’s like, when one of us is making the other two laugh, you know you’re doing something at a fun level, just like hanging out with friends. But no, it’s all about knowing what the story is about, and the themes are. I’m just always interested in that, and curious in that. Because it helps root things in something more real than just the make believe of make believe. I don’t mean it to sound artsy fartsy or hoity toity, or act like getting to do movies and television is a bigger deal than it is on a spiritual level, but if you put some thought into it, I think you get back more. So, Horrible Bosses is as fun of a time as I’ve ever had, and maybe some day when we’re grandparents we’ll do Horrible Bosses 3, grumpy old man style.”

‘We’re the Millers’ is probably one of Sudeikis’s other biggest film roles to date, leading the comedy about a group of people pretending to be a family in order for his character to pull off a drug smuggling operation. Talking to Collider about the on-set closeness everyone felt during that shoot, Sudeikis said, “It’s the reality show model.  Put people in the same town in the middle of North Carolina for four months, give them a job, except we’re not working at a t-shirt factory, we’re making a movie, and then you end up loving each other, liking each other, hating each other, getting annoyed with each other.  Everything that the movie goes through.  So it’s not so much probably the process of making a movie and faking it as an actor, it’s probably more being used to having done other movies and having to get that across.  Just the familial thing that occurs when you hang out with people for so long.”

Sudeikis has been in a number of different kinds of films outside of traditional comedies. He has appeared in five romantic comedies and been the lead in ‘Sleeping With Other People’ alongside Alison Brie and in ‘Tumbledown’ alongside Rebecca Hall. He also played coach Larry Snyder in the Jesse Owens biopic ‘Race’ in 2016, Anne Hathaway’s best friend in the sci-fi black comedy ‘Colossal’, was one of the leads in the 2017 drama ‘Kodachrome’ alongside Ed Harris and Elizabeth Olsen, and many, many more films.

The wide range of Sudeikis’s career has proven to audiences one thing: that he knows how to entertain us well.