A Tribute to The Second City and Its History 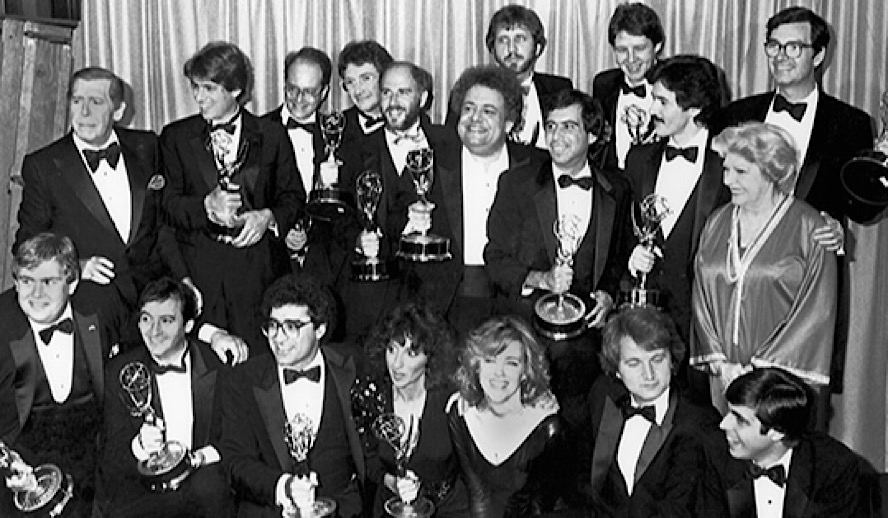 Oh, what a night. Opening its doors on December 16th, 1959  at 1942 N. Wells Street in Chicago, right in the midst of a comedy boom, the Second City was born. Stemming from the genius acting techniques of Viola Spolin; Bernie Sahlins, Howard Alk, and Paul Sills co-founded the theater together and invented a novel and revolutionary approach to creating art; improvisation.. It worked tremendously and has made Second City one of the most attended and most reliable breeding grounds for talent for decades.

Related article: Who Are The Groundlings, and What Makes Them So Famous?

Just two years after The Second City opened, one of the most influential improvisation instructors in history, Del Close, started at the Second City, but was fired due to substance abuse and didn’t return until the 1970s, where he remained for the rest of his life. To handle the large number of people trying to watch shows, the new institution established The Second City Touring Company, which is still operating, and has had a vast number of successful and acclaimed performers in their casts. In the 1970s, the Second City opened up its Toronto location, which still thrives today. In 1975, Lorne Michaels, who was then producing a new sketch comedy show for NBC that would go on to be Saturday Night Live, cherry-picked most of the cast from the Second City’s mainstage, along with talented people at National Lampoon and the Groundlings.

The Second City had their own hit show on the way, SCTV, which would go on to win two Emmys and is praised as one of the greatest sketch comedy shows of all time. The 1980s would be a time where the Second City became official from the inside out. To supplement the increasing number of attendees to their shows, they opened up the e.t.c. theater, which is still in action and features incredible performers that draw in just as many people as the mainstage. In 1985, Andrew Alexander, who maintained his position until very recently, and Len Stuart acquired the historic institution from its original owners.

The Second City Training Center was established in the mid ’80s to give anyone the tools and resources to harvest their comedic skills, and has consistently had some of the most renowned staff and faculty in comedy classes in the world. The institution has always found a way to grow and innovate, which has made them successful longer than most comedy institutions in the world, and in history.

The Second City would, unsurprisingly, continue to grow throughout the 1990s, even opening a new location in Detroit, unfortunately, their Detroit location shut its doors permanently in 2009. In the early 2000s, the Second City began to expand its Outreach and Diversity division, which continues to grow to this day and has become a prominent focus for the institution in the past year. Just five years ago, the Harold Ramis Film School was created to expand their teaching to filmmaking also.

The Second City has had a tumultuous year aside from the coronavirus pandemic, with longtime CEO and owner Andrew Alexander stepping down due to a history of systemic racism at the institution. Undoubtedly, though, the venue is moving in the right direction. Recently, the Second City faculty filed cards with the National Labor Relations Board (NLRB) and formed a union, the Association of International Comedy Educators (AICE), which is gaining tremendous momentum and shows great promise to bring equity and fair treatment to instructors and faculty at The Second City.

The Most Impressive Alumni in the Industry

Multi-Academy Award-winning actor Alan Arkin was one of the early members of the comedy troupe in the early 1960s. Prominent comedians who joined the new comedy institution were  Joan Rivers, who joined The Second City in 1961, Fred Willard in 1965, and Bob Curry who made history by being the first Black actor at the Second City. Harold Ramis, known for directing and starring in classic comedies such as ‘Ghostbusters’, ‘Stripes’, and ‘Groundhog Day’, joined the Second City in 1969 to cap off the 60’s and the ten year anniversary of the Second City opening. The 1970s would then bring a whirlwind of talent that would eventually change the comedy landscape forever.

The 1970s ushered in a new era for the Second City, introducing groundbreaking and enormously successful performers John Belushi, Gilda Radner, John Candy, Dan Akroyd, Catherine O’Hara, Eugene Levy, and Bill Murray. Martin Short would follow in the late 70s, just in time to ring in the Second City’s 20th year anniversary. Legendary director Betty Thomas and performers Steve Carell, Holly Wortell, Mike Myers, Bonnie Hunt, Chris Farley, Tim Meadows, and Stephen Colbert would bless the stages with their presence during this decade too, keeping the Second City’s motor of incredible and avant-garde talent running just as smooth as it did when it started.

With locations in Chicago, Toronto, and Detroit, the Second City was raking in incredible talent with an impressive success rate. Some of the most recognizable and successful stars introduced during the early to mid-90s were Keegan Michael Key, Rachel Dratch, Angela V. Shelton, Tina Fey, Amy Poehler, and Jenna Jolovitz. Sadly, the end to the ’90s was tragic to comedy, but especially to The Second City when Del Close passed away. The instructor was a brilliant architect of modern-day improvisational and acting techniques and influenced countless stars. His legacy will never be forgotten.

The 21st century hasn’t been any different, with Second City regularly introducing the next big stars in the world. Some of the many major players who took the Second City’s stages or were part of the touring company are Liz Cackowski, Amber Ruffin, Mike O’Brien, Sam Richardson, Tim Robinson, Katie Rich, Aidy Bryant, Chris Redd, and Cecily Strong. The Second City has offered an environment where artists can grow and foster their art, and they continue to do so. It’s clear with all the talented people who still are being discovered there, what they teach and offer has a timeless success rate.

Good News; The Second City Will Resume Live Shows in May 2021

With more and more people getting vaccinated, there’s hope on the horizon to return to normalcy, and the Second City is more than ready to usher in a grand opening of the best live entertainment in the industry.  Just last week they announced they’re hoping to resume live shows in May. There will be a reduced audience capacity, guests will be required to wear masks, fill out a health questionnaire in the lobby, and they will be following CDC sanitation guidelines along with state and city capacity regulations.

There will be two shows Friday and Saturday nights, but will leave more time for the Second City staff to clean in between shows. At their acclaimed training center, featuring some of the most esteemed and talented faculty in show business, they will resume in-person classes but continue to offer online options as well.

Hopefully, as more and more people get vaccinated it’ll be safer for entertainment venues to open up, and many more people will be able to attend shows. Being over a year since anyone has attended a normal comedy show, there’s an impossible to ignore, unanimous yearning for the atmosphere of stage lights, the energy from all the people enjoying the drinks and kind and quick service of their staff, the powerful and hilarious performers and the electricity from the collective laughter. There’s no other feeling like it.

We at Hollywood Insider happen to be enormous fans of The Second City. We support you, and will always root for you. Thank you for the years and years of laughter, more to come as always.