Famous Films That Almost Didn’t Happen: ‘Back to the Future’, ‘Toy Story’ & More 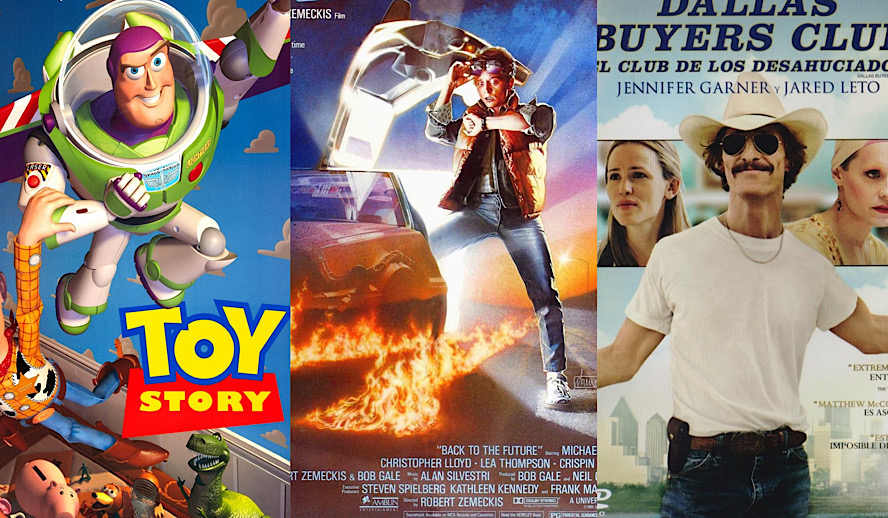 With the countless number of films made each year, it would seem like it should be a certainty for a good movie to get made. That’s not the case, though. There are plenty of examples of popular stories that didn’t make it to the finish line. For various reasons, some movies get scrapped before they are finished. They might have already been through some stages of initial production before the plug was pulled, or they could have never made it off the ground in the first place. Many films go through a lot to get made, and some classics almost didn’t happen because of the struggles they encountered.

Related article: The Mandela Effect in Film: Did that Really Happen? From ‘Star Wars’ to ‘Forrest Gump’ & More

Below is a list that describes the obstacles some famous films overcame to get made.

‘Back to the Future’

One of the first and biggest hurdles a film goes through is getting the script approved/bought. In a CNN Entertainment interview, co-writer/producer Bob Gale describes the process of pitching ‘Back to the Future.’ The script ended up getting rejected over forty times by every major studio, some rejecting it twice. The only person who was interested was Steven Spielberg. Director/Writer Robert Zemeckis and Bob Gale made a few movies with Spielberg before, but they were all considered flops. They didn’t want to be known as filmmakers who only got their movies made because they were friends with Spielberg.

They put the project on hold until after Zemeckis’s success with ‘Romancing the Stone.’ After that, Zemeckis was hot property, but he and Gale decided to give it to the guy who wanted to make it in the first place. After getting the green-light, there were still many hurdles, including reshoots, a lead actor change, and equipment malfunctions; however, the film made it through them all and became a classic.

‘Toy Story’ was the first fully computer-generated movie to be made. The company behind the film, Pixar, was founded in 1986 by Ed Catmull, Alvy Ray Smith, Alexander Schure, and Steve Jobs. The company quickly moved from making computers to creating computer graphics animation for commercials. They hired ex-Disney animator John Lasseter and got the ball rolling for ‘Toy Story.’ Disney wanted to hire Lasseter back after his success with Pixar commercials, but Lasseter wanted to make a movie with his new company.

Finally, after the deal struck with Tim Burton on ‘A Nightmare Before Christmas’ set a precedent for working outside the company, Disney got on board. There were still bumps in the road after the agreement, though. At one point, they stopped production because the story no longer worked. Joss Whedon was brought in to touch up the script and bring it back to life.

Writers Melisa Wallack and Craig Borten initially sold the script for ‘Dallas Buyers Club’ in 1996. Dennis Hopper was set to direct with Woody Harrelson in the leading role. However, the company that bought the script went bankrupt. Next in line was Marc Forester for the director’s chair and Brad Pitt in front of the cameras, but they opted to work on ‘World War Z’ instead. Later, director Craig Gillespie and leading man Ryan Gosling signed on, but the financing fell apart.

Universal ultimately felt that the script wasn’t ready, and subsequently, the project ended up in “development hell” for nearly a decade. Producer Robbie Brenner is credited with bringing Matthew McConaughey on board, and writer Melisa Wallack credited McConaughey for being the one to get it made. McConaughey’s commitment to losing 40 pounds in preparation for the role helped get the ball rolling, and despite last-minute dropouts from investors, the people behind the film pushed through.

Related article: ‘Dallas Buyers Club’: A Pretty Picture in a House on Fire

‘The Princess Bride’ was another film that took a while to get going. Multiple filmmakers tried and failed to bring the story of Wesley and Buttercup to the big screen after the publication of the novel. François Truffaut, Richard Lester, Robert Redford, and Norman Jewison were each involved at one point. Rob Reiner was the one who finally got the film made, but it took him some time. He was primarily known for his acting career before the success of his direction on ‘This is Spinal Tap,’ and he had to prove himself as a director to get the approval for the film he always wanted to make.

In an interview with Variety, Reiner described a meeting with an executive at Paramount who proclaimed a love of his movies and a willingness to make what the director was interested in. Reiner called the bluff and said he wanted to make ‘The Princess Bride.’ The response was, “Well, anything but that.” Reiner went on to make ‘Stand By Me’ before getting backing from producer Norman Lear and 20th Century Fox to make ‘The Princess Bride.’

A list like this wouldn’t be complete without ‘Apocalypse Now.’ The many difficulties and incidents involving the production of the film are legendary in the history of Cinema. Documentaries were made about the endeavor of bringing the script to screen. The film planned a 14-week shoot in the Philippines in 1976, but weather and other logistics prevented this. The principal shooting ended up taking 238 days. Director Francis Ford Coppola fired leading man Harvey Keitel after two weeks and replaced him with Martin Sheen.

The director wrote the movie as he went while dealing with the crew getting sick and helicopters lent by the government being recalled by President Marcos to fight against anti-government rebels. When Marlon Brando arrived for his scenes, he didn’t know his lines and halted production while he and Coppola discussed his role and figured out what they would do about it. The thing that came closest to permanently stopping production was probably Martin Sheen’s heart attack while filming. It’s a wonder the film was ever completed, and the backstory is just as extraordinary as the movie itself.

The films above each have their place in movie history. Each is there for their own reasons, but one thing they have in common is that they almost didn’t make it to the finish line. Many films never get off the ground in the first place, so when looking at each backstory to the movies above, we can take a step back and appreciate that we ever got to see these movies at all.

These are just the tip of the iceberg when it comes to films that almost didn’t happen. They are there as an example of some of the various struggles some movies overcome to get to the big screen. Not all films have the same challenges, but usually, there is resistance in some shape or form at one point. It is an interesting part of film history to look into. We hope that this article gives you an appreciation for these backstories and a curiosity to research the backstories of other films that almost didn’t get made.