New Hollywood in Georgia: How the Peach State Has Grown to Provide Hollywood An Alternative for Filming 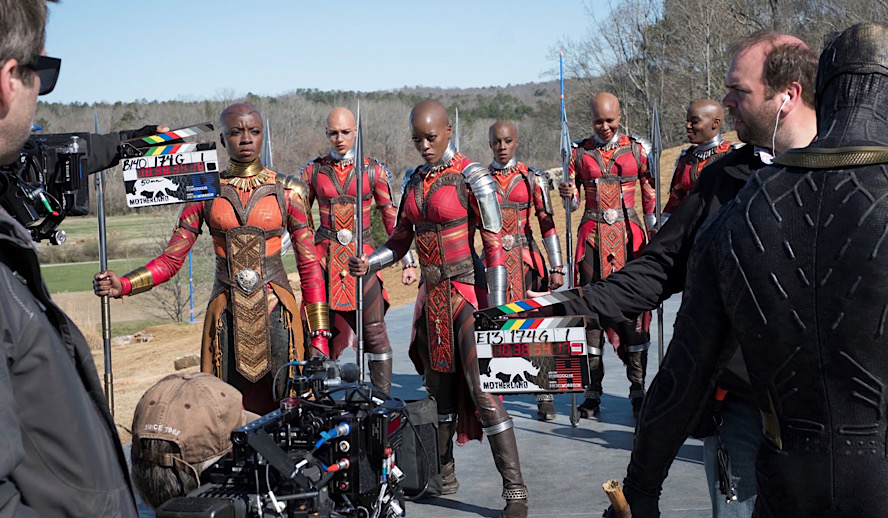 Man, those Oscars, huh? Any cinephile caught watching this year’s 94th Academy Awards ceremony, got to bear witness to what has already become one of the most talked-about viral moments. The moment in question, is when Will Smith stormed the stage and attacked comedian Chris Rock. The freeze-frame immediately following Mr. Smith’s hand’s collision with Mr. Rock’s face, is now the format for an endless barrage of new memes and online jokes. Hopefully, no one will get slap-happy over any of those…

Either way, whether you chalk it up to Will Smith’s “inner Philly,” or just his inability to take a joke (despite his very own laughing, just moments prior), Mr. Smith was very obviously very triggered. So much so, in fact, that after the program cut to commercials (talk about antiquated), he was even seen having to be comforted and consoled by the likes of Bradley Cooper and Tyler Perry. Mr. Perry, the creator of the ‘Madea’ franchise, has been photographed standing next to Denzel Washington as the two spoke to Will about the incident, just minutes before Mr. Smith would go on to receive an Oscar for Best Actor.

The reason I started this article about the great state of Georgia off, discussing that horrific Oscars moment starring Will Smith, featuring Tyler Perry (other than to get more clicks), is because when it comes to Georgia’s rapid evolution in terms of the film, media, TV industry, none deserve more credit than Mr. Perry, himself. Perry, born Emmitt Perry, Jr. in 1969 in New Orleans, is one of Hollywood’s most established members of prominence. He is a critically-acclaimed screenwriter, director, actor, and producer. And, after those Oscars, may I suggest adding “de-escalation specialist” to that resumé, Mr. Perry?

Perry’s body of work includes the television series, ‘Bruh,’ ‘Tyler Perry’s Assisted Living,’ ‘Young Dylan,’ ‘Zatima,’ ‘Sistas,’ ‘The Oval,’ ‘House of Payne,’ and all of the ‘Madea’ films. The ‘Madea’ films, follow an “elderly and tough African American woman,” who is based on Perry’s own aunt and mother. Mr. Perry actually even plays the titular character, himself. Some of the ‘Madea’ films include, ‘Diary of a Mad Black Woman’ in 2005, ‘Madea’s Family Reunion’ in 2006, ‘Madea Goes to Jail’ in 2009, ‘A Madea Christmas’ in 2013, ‘Boo! A Madea Halloween’ in 2016 & its sequel, and most recently on Netflix, ‘A Madea Homecoming.’All of those properties just listed, with the exception of the ‘Madea’ franchise, have been filmed in Georgia, and because of Tyler Perry.

Mr. Perry, after opening a 330-acre studio outside of Atlanta, has become the first Black American to own a film studio. And not only does he own one, it is one of the most state-of-the-art complexes in the industry, and is already responsible for aiding in the production of over 185 titles, according to IMDb. In fact, Marvel Studios’s ‘Black Panther’ was the first production to go through the studios, which is now named, “Tyler Perry Studios.” Georgia, after having more and more productions take advantage of their great state and its tax incentives, such as many of the MCU films, has been lovingly nicknamed, the “Hollywood of the South,” and it seems that is a moniker Tyler Perry wishes to cement for the state which he currently calls home. The industry boom, inflow of jobs, and legacy he is building in the Peach State have already come to fruition, and will only continue to prosper, as more and more productions – and people in general, are seeking an alternative to Hollywood.

As mentioned previously, more and more productions are seeking to begin work in places and states other than Hollywood and California. The motives and inspirations for such an exodus as the one recently (and currently) seen from the Golden State, and to places like – well..anywhere else, it seems (though primarily Texas), are all incredibly nuanced, and vary widely from instance to instance. However, one common thread, typically present from the most blue-collar worker, up to the whitest white-collar studio exec, is that of the taxes. California has the highest income tax rates out of the entire nation, with some of the most expensive costs of living piled on on top of that. Taxes are also largely responsible for the paradoxical nature of Hollywood productions leaving Hollywood, as states like Georgia offer more competitive film/TV tax credits.

For example, and so this writer can provide some cold, hard numbers, the state of Georgia currently has a 20% tax credit, and no annual cap on its credit program, and credit is also transferable between projects, unlike California, one of only two states who do not allow this transferable component. In a recent study by the Motion Picture Association, it was found that projects between 2015 and 2020 that chose to film somewhere other than California, ended up costing the state $7.7 billion, 28,000 jobs, and $350 million in local and state taxes, all of which could potentially have been theirs.

A State on Fire

California is also listed as having some of the most expensive real estates in the entire country, and on a much more contentious debate, residents (as well as those who have already left) also claim that the state is on fire. And not just literally. Not only does California have seasonal wildfires that ravage the land yearly, but the actual state administration and the government itself seem to be on fire. With the COVID-19 pandemic, Governor Gavin Newsom was not without his fair share of controversy and gaffes, seemingly self-exempt from many of his own office’s mandates and guidelines, and dealing with a hefty recall. And, while these safety measures were obviously important to stop the spread of such a contagious disease, California continues to hold a tight restraint on the workforce and what they can and can’t do in a COVID/post-COVID world, prompting some productions to look elsewhere to finally get their projects underway, as other states held/hold, either looser, or much more reasonable restrictions – or, just plain had better COVID numbers than C.A., which was the epicenter of the pandemic at one point.

In fact, in 2021, California had the largest domestic out-of-state exodus of any state, with about 367,000 residents leaving, according to Census data. Hollywood, and California as a larger whole, may wish to change their direction (pun intended), as we emerge onto a new landscape with new values, new priorities, new competitors, and new heroes. The film industry in Georgia is actually already the largest in the country in terms of the sheer number of features produced there, with Atlanta being their capital, their epicenter, their Hollywood. Keep your eyes on Georgia, folks, you’d be surprised how often you see that Georgia Film, Music & Digital Entertainment peach logo at the end of the credits.