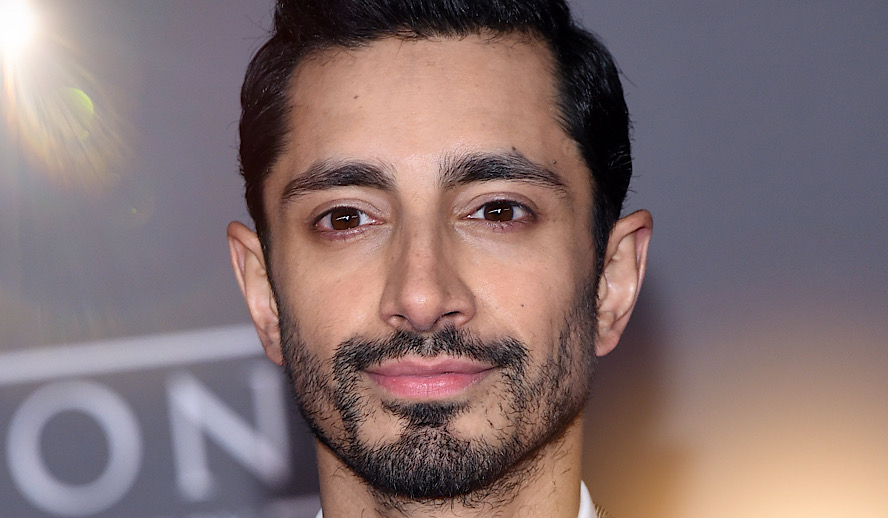 This individual has won a Primetime Emmy and has been nominated for Golden Globes, Screen Actor Guild Awards, Independent Spirit Awards, British Academy Film Awards – the BAFTAs, a Critics Choice Award, and an Academy Award. This super talented star is also a successful rapper, has been on top of the Billboard 200 chart, and had the highest-grossing movie at the box office within the same week, was named one of Time Magazine’s 100 Most Influential People in 2017, and is an advocate for refugee children. This individual would be none other than Riz Ahmed.

Riz Ahmed has had acting roles spanning three decades, having gotten his start in 2006’s ‘The Road to Guantanamo’, a film about three British citizens who were captured by Americans in Afghanistan in 2001 and detained at Guantanamo Bay for more than two years. One of his other early films had him working alongside big names such as Kate Hudson, Kiefer Sutherland, and Liev Schreiber: ‘The Reluctant Fundamentalist’, a film based on the novel by the same name which was aimed at addressing xenophobia and tolerance in a post-9/11 America.

The film which put Ahmed’s name on the map was the 2014 film ‘Nightcrawler’ for which he received much acclaim and his first Independent Spirit Award nomination.

When asked to reflect on making the film, he said, “Wow, yeah, I’m really proud of it. I tend to enjoy things that are not easy to pigeonhole, and I think that one walks a tightrope between horror and kind of a rags-to-riches thing… It’s sort of this chimera, and I like that, maybe because I feel like I personally haven’t fit into categories that are neatly laid out. I’m a fan of hybrid stuff. So I’m proud of it on that level. It was intense, making it. I think Dan Gilroy’s an amazing writer and director. Jake Gyllenhaal is such a dedicated actor, Rene Russo’s amazing and I wish she was in more stuff … it was awesome. The one downside was I didn’t get to see any daylight for six weeks, which literally does something weird to your brain. You become this weird, vampire-like coyote, y’know? But I loved it.”

Ahmed’s biggest commercial successes have come from being in two of the biggest blockbusters in the 2010s: ‘Jason Bourne’ and ‘Rogue One: A Star Wars Story’. When talking about the difference between shooting the indie films he started his career with versus large blockbusters, he said, “What’s interesting to me about the shooting process on these bigger movies is you have more time and more resources so you can have another go at it. That can be a gift and a curse. There’s something about the kinetic, frenzied scramble of indie filmmaking that doesn’t allow you to stop and think, which is good. Sometimes you can overthink things.”

Riz Ahmed won his Primetime Emmy for his role in the HBO miniseries ‘The Night Of’, which made him the first South Asian male to win an acting Emmy and only the second South Asian person to have won an acting Emmy following Archie Panjabi. When discussing the themes of the show and his character, Ahmed said, “One of the themes of the show is in the wrong circumstances, people are capable of anything. And the idea that Naz has gone through a complete transformation resonates with me personally as much as we all have certain characteristics within us that in the wrong circumstances that could come to the fore. So we see that with Naz.”

When talking about what he learned from making ‘Sound of Metal’, Ahmed said, “For me, expressing myself in American Sign Language really opened me up in a different way. I had the most amazing ASL instructor, Jeremy Stone. He immersed me into his peer group and the deaf community: his wedding, slam poetry nights. And it was just to get to a point of fluency, because Darius wanted both the drumming and the ASL to be for real. Something he taught me was that deaf people think of hearing people as emotionally repressed — the reason is because we hide behind words. When I became more fluent in ASL, I found myself getting physically emotional talking about things that I could just mention if I was speaking. I really feel like learning ASL allowed me to listen and communicate with my whole body, which is such a gift.”

In addition to acting, Riz Ahmed also has a successful career as a rapper, using the name Riz MC. His first song, “Post 9/11 Blues”, did not get much airplay due to getting banned from British airways for satirizing some of the effects of 9/11, with the material being deemed “politically sensitive.” This prompted him to start his own record label, Battered Records, which he used to put out his album of the same name as his controversial song and garnered him many awards as an MC in the mid to late 2000s.

In 2011, Ahmed announced that he had signed with an independent record label Tru Thoughts through which he would release three albums. He has also been featured on several tracks in recent years, most notably “Immigrants (We Get The Job Done)” from the ‘Hamilton Mixtape’. In 2020, he released his first album in four years, ‘The Long Goodbye’.

When asked about why this was the time to release a new album, Ahmed said, “I started to get the itch last summer. I thought, ‘I’ve got to do this, I’ve got to say this. I want to make an album that’s my break-up love letter [to England].’ I’m going specific with my experience in Britain, but it’s true if you’re Muslim in India, Uyghur in China… It’s true if you’re Mexican in Queens, waiting for ICE [Immigration and Customs Enforcement] to knock down your door. This is how it feels [for immigrants] everywhere. I only make music when I’ve got something to get off my chest, when something that needs to be said isn’t being said. So I wrote and recorded the album very quickly. It was on the tip of my tongue.”

Riz Ahmed’s Advocacy And Impact On The Entertainment Industry

Riz Ahmed has also used his platform and fame to help others, specifically aiding refugees. He has helped to raise funds for Syrian refugee children. He also has been very active in raising awareness about the displacement of Rohingya Muslims in Myanmar and raising funds for these refugees in Bangladesh.

When talking about the struggles of these refugees and why people should help them, he said, “Right now, the story that seems to have been taking over people’s imagination is that we live in an ‘us versus them’ world. And, we have to push back against that. There’s no us versus them, we’re all in this together… The idea of leaving one place to try to survive and flee suffering is a very basic humankind of behavior we can all relate to. We’ve all done that at some point in our lives. Anything we can do to highlight the plight of others less fortunate than us is very important in these troubled times.”

Ahmed has also had a rather unique influence on the entertainment industry through his advocacy, specifically with representations of Muslims on screen. After seeing Ahmed on screen in several roles and listening to his speech to the House of Commons in 2017 on the lack of representation and diversity on screen, two academics created what they call “The Riz Test”. The Riz Test is a short questionnaire based on the Bechdel Test that serves to combat and highlights the stereotypes of Muslims on screen.

There are six pieces of criteria for the Riz Test and to pass this test and show a positive representation of Muslims. The first part is identifying whether there is at least one prominent character who is identifiably Muslim, either through ethnicity, clothing, or language. If the answer is yes to the first piece then you proceed to answer these five questions: is the character talking about, the victim of, or the perpetrator of terrorism? Is the character presented as irrationally angry?

Are they presented as superstitious, culturally backward, or anti-modern? Are they presented as a threat to a Western way of life? If the character is male, is he presented as misogynistic? Or if female, is she presented as oppressed by her male counterparts? If any of the answers to these questions is yes, then the piece of media has failed the Riz Test. Ahmed has shown his appreciation and approval for this social test, agreeing that this discussion is “much needed.”

While Ahmed’s career spans three decades as of now, there is no question that he will be present for a long time to come.