A Tribute To Bryan Cranston — Big And Small Screen Star 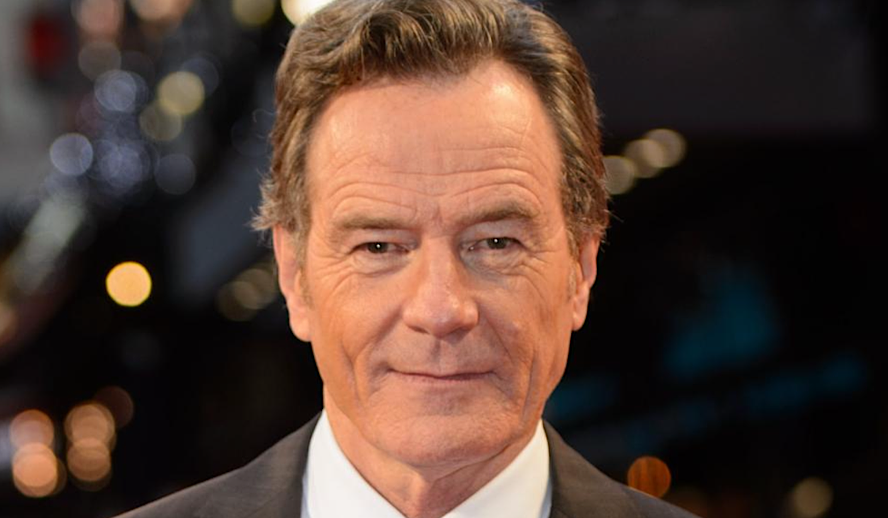 So often is the cliche of the actor disappearing into their role used to describe various performances. While many actors do indeed give incredible performances, embodying the characters they play, I do have to say that rarely does my mind truly slip into forgetting who the actor is on my screen. This generalization does not apply to that of the magnificently talented Bryan Cranston. As a kid, I grew up watching the early 2000’s sitcom, ‘Malcolm in the Middle’, which starred Frankie Muniz as the middle child of a dysfunctional, suburban family.

Bryan Cranston played the lovable and zany father of the family, Hal. Growing up, Hal was easily my favorite character of the show as he always seemed to find a way into a bizarre conundrum of his own doing. However, other than a brief appearance opposite Terrance Howard in the 2012 film ‘Red Tails’, I was completely unfamiliar with his work — or so I thought. It wasn’t until I watched the first episode of another show the masses had been raving about that I realized the endearing Hal was also the scowling, goatee sporting, crystal-meth cook known to all ‘Breaking Bad’ fans as Heisenberg.

Genuinely, having just seen promotional material and a clip or two of Bryan Cranston’s Walter White I did not piece together that this was the actor that played my favorite suburban father on ‘Malcolm in the Middle’. Perhaps this is an indictment of my perception and recall skills, however, I like to think of it more as a testament to Cranston’s talent. Cranston’s performance as Walter White was packed with equal amounts of intensity and desperation and was such a dramatic departure from the whimsical Hal, both aesthetically and in the spirit of the two characters, that he became unrecognizable. Bryan Cranston’s talent cannot be overstated, seamlessly fitting into any project as any character and elevating the overall production as a result. Through an examination of Cranston’s career, it is clear to see how he has garnered the success and accolades that have come his way.

‘Malcolm In The Middle’

‘Malcolm in the Middle’ is a truly timeless show whose influences in modern media can be clearly seen today. Most recently, an episode of the Marvel Studios limited series on Disney+, ‘WandaVision’ starring Elizabeth Olsen and Paul Bettany, paid homage to the 2000s sitcom by mimicking its quick cuts and fourth-wall breaks. While Frankie Muniz shined as the titular character of the show, it was Bryan Cranston in the previously mentioned role of Hal that stole each episode. After the show’s opening credits and the various characters split off for their respective plot lines for each given episode, the character whose story that always piqued my interest was that of Hal’s.

While the writing for the character deserves a great deal of praise in its own right, the main reason for the character’s warm reception was that of Cranston’s performance. Cranston’s portrayal of Hal is representative of Cranston as a performer: dynamic. Hal, more than any other character, had the greatest range in the show. At times the character would be whimpering, fearful of his wife’s wrath, and at others, he exudes the confidence of a ship’s captain as he dueled a child with toy boats at a park pond. In the role, Cranston was just as comfortable and believable sharing a compassionate moment with his sons as he was screaming at them to let him out of a bomb shelter they discovered in their backyard. Hal was a role that sought to ask a lot of its actor, yet Cranston rose to the occasion earning for himself three Emmy nominations for Outstanding Supporting Actor as well as a Golden Globes nomination.

From the mind of Vince Gilligan, the story of a cancer plagued high-school science teacher turned crystal meth cook in the hit series ‘Breaking Bad’ has supplanted itself in pop culture. Inarguably one of the greatest television shows of all time, ‘Breaking Bad’ was led by expert writing and a stellar cast with Cranston cast as the leading man. Playing off talents such as Aaron Paul, Anna Gunn, Bob Odenkirk, and Giancarlo Esposito, Cranston had his work cut out for him in terms of the talent set to appear alongside him on screen. Yet, despite a powerhouse supporting cast, Cranston delivered one of the greatest performances in the history of television that garnered him six Emmy nominations and four wins as well as four Golden Globe nominations with one win.

Much of the praise of Cranston’s performance has already been said, so no need to beat a dead horse. However, there is one scene in ‘El Camino: A Breaking Bad Movie’, a follow-up film to the series, that completely embodies all that is Bryan Cranston’s performance of Walter White. Walter and Jesse Pinkman, played by Aaron Paul, sit across from each other and discuss their crystal meth dealings. The conversation slips into a discussion about Jesse’s college aspirations which quickly dissolves allowing Walt to ponder how he had to wait his whole life to be a part of something “special”. Without offering spoilers to the series, this scene is the perfect summation of the character of Walter White: a man who wanted so much more. Bryan Cranston is perfect in this scene. Cranston has such an incredible, deep understanding of this character that his performance feels just as real as it did all throughout ‘Breaking Bad’. Cranston’s performance as the infamous Heisenberg is nothing short of an achievement.

Cranston, while perhaps more prominently known for his television work, has starred in many films on the silver screen. One of Cranston’s earlier film roles was playing a minor character in Steven Spielberg’s ‘Saving Private Ryan’. During his stint as Walter White, Cranston also starred in ‘The Lincoln Lawyer’ opposite Matthew McConaughey and in ‘Drive’ with Ryan Gosling, that latter being one of my personal favorites of all his roles. In 2012, Cranston starred in Best Picture winner ‘Argo’ directed by Ben Affleck. Following ‘Breaking Bad’, Cranston portrayed screenwriter Dalton Trumbo in ‘Trumbo’ for which Cranston received a Best Actor nomination at the 88th Academy Awards.

After many iconic roles spanning decades, Bryan Cranston has proved time and time again both his versatility as a performer as well his talent. Cranston embodies the characters he portrays, slipping into them seamlessly. While it may be hard to top his performance as Heisenberg, Bryan Cranston still has much more to give the cinematic world.

What Bryan Cranston Is Up To Now

Check out Bryan Cranston’s most recent performance ‘Your Honor’, a limited series that concluded in February, on Amazon Prime Video. Cranston is currently not slated for any announced upcoming projects.