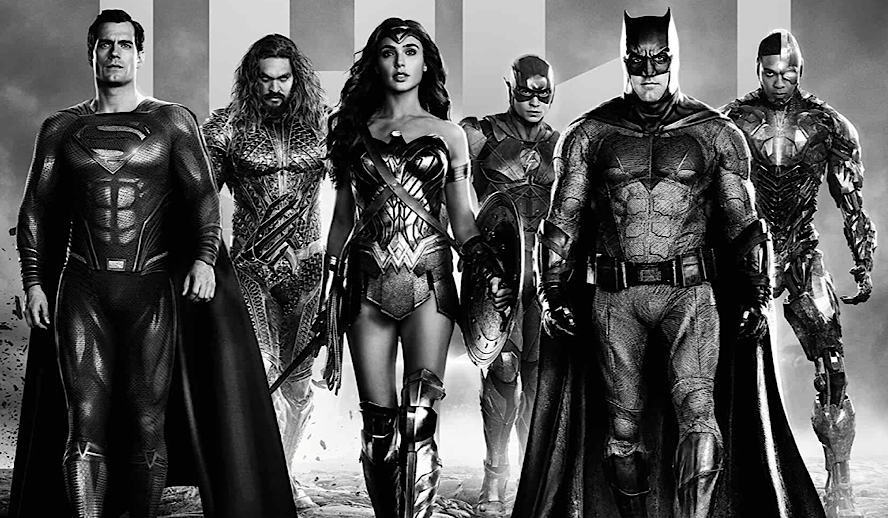 Before the unequivocal success of entries like ‘Wonder Woman’ and ‘Aquaman’, the DCEU was characterized by the second-weekend curse–seeing an abnormally severe drop in box office after the opening weekend. This can be attributed to lukewarm word of mouth amidst polarizing or outright negative critical reception, as was the case with ‘Man of Steel’, ‘Suicide Squad’, and ‘Batman v. Superman: Dawn of Justice’.

Most disappointing, however, was 2017’s ‘Justice League’, and it’s easy to see why–as an obvious answer to Marvel Studios’ ‘The Avengers’, it was to be the launchpad for an extended universe that would hopefully be as robust and connected as the MCU. Instead, audiences were treated to a soulless product with an unfinished look, dooming any prospects for a sequel–but according to many, director Zack Snyder wasn’t to blame.

After stepping down during post-production, Snyder was replaced by ‘Avengers’ director Joss Whedon–although there supposedly existed a nearly-finished cut of ‘Justice League’, Whedon was allotted an unusually high budget of $25 million for reshoots and the film was edited down to Warner Bros.’ preferences.

The so-called “Snyder Cut,” nearly mythical before Snyder confirmed its existence in 2019, immediately drew the attention of fans who demanded its release–rallying under #ReleaseTheSnyderCut, the “Snyder Cut” movement gradually gained traction until ‘Zack Snyder’s Justice League’ was given an unprecedented $70+ million for further post-production. Today, through Warner Bros. on HBO MAX, it’s finally been released.

Clocking in at a whopping 242 minutes, the visceral reaction to ‘Zack Snyder’s Justice League’ is that it’s too long. Snyder himself has iterated the belief that 4 hours was necessary to tell ‘Justice League’s’ story, and I actually agree–’Justice League’ isn’t just a team-up movie about fighting cosmic evil, it’s an introduction to a number of new heroes and the story of Superman’s resurrection.

Of course, that’s exactly ‘Justice League’s’ intrinsic flaw. There’s too much going on to be effective with only 120 minutes of screen time, and the ‘Snyder Cut’ addresses this not by parsing, but by relenting–the epic vision unfolds in its entirety, and it’s surprisingly far more effective than the original.

Aside from the basic rearrangement of scenes, which has a definitively better flow than the original, the first thing you may notice is that the movie is more brutal than you remember–during Wonder Woman’s introductory bout against the Black Clads, for instance, you see one of the gang members lying in a pool of his own blood.

Audiences are familiar with superheroes that honor the “no-killing” rule, including Christian Bale’s Batman, and Snyder’s reimagination of the DC Universe, particularly with Ben Affleck’s Batman, reminds me of comments that he made regarding ‘Watchmen’:

“If Superman grabbed your arm and pulled really hard, he’d pull your arm out of your socket. That’s the thing you don’t see in a Superman movie.”

Snyder touches on those deconstructionist instincts here, and the notable lack of awkward Whedon injections of humor (like the Flash tripping onto Wonder Woman’s breasts or Batman asking Aquaman how he talks to fish) alongside unapologetically R-rated violence recaptures the stark tone of ‘Watchmen’ and is far more effective than the confused tone of the original.

Affleck’s Batman is less of a deconstructionist caricature who makes bad jokes–here, he’s the tired, old Batman that Snyder originally envisioned, relying less on his own legwork and acting as a team leader.

The Flash (Ezra Miller) is similarly fleshed out, and an aspect of his power that is entirely excluded from the original cut is present here–the ability to time travel. This not only leads to more interesting and exciting action sequences but also ties into the greater DCEU narrative that’s hinted at in ‘Batman v. Superman’.

The ‘Snyder Cut’ improves on the original in ways that suddenly elucidate the mystery of its awkward pacing and sequence of events–whether it’s placed where the plot seemed to inexplicably move forward, or a character seemed to be motivated by something we’re not aware of, the ‘Snyder Cut’ has an answer for everything.

Its greatest improvement, however, is the expansion of the role of Cyborg (Ray Fisher). In the original, Cyborg is just one of the new recruits, given one or two expository scenes and thrown into thoughtless action–here, his origin is intrinsically tied to the circumstances that precipitate the core conflict of the film. His strained relationship with his father, originally reduced to the point of cliché, is actually heartfelt, and he becomes a pivotal member of the Justice League without which they could not succeed.

In terms of comparison, ‘Zack Snyder’s Justice League’ is far superior to the theatrical version–confused, rushed plotlines are miraculously made coherent by a myriad of previously-deleted scenes that not only add crucial information but deeper characterizations and an epic story that actually sees its own premise through to the end.

Of course, this all skirts around the fact that this is a four-hour movie, of which very few worth watching exist. ‘Zack Snyder’s Justice League’ may be a surprisingly thorough expansion of the original, fulfilling a genuinely heartfelt and epic vision previously unseen–however, this only reinforces the fact that it was doomed from the start. This is a brilliant realization of a premise that could never have been suited for general audiences with a typical runtime.

Zack Snyder not only serves as Executive Producer for the upcoming ‘Suicide Squad’ reboot (titled ‘The Suicide Squad’), but also directed the upcoming zombie heist film ‘Army of the Dead’, scheduled to debut on Netflix on May 21, 2021–CLICK HERE TO WATCH.

‘The Batman’, serving as a reboot to the franchise and starring Robert Pattinson, as well as ‘The Flash’, starring Ezra Miller, are both scheduled to be released in 2022.