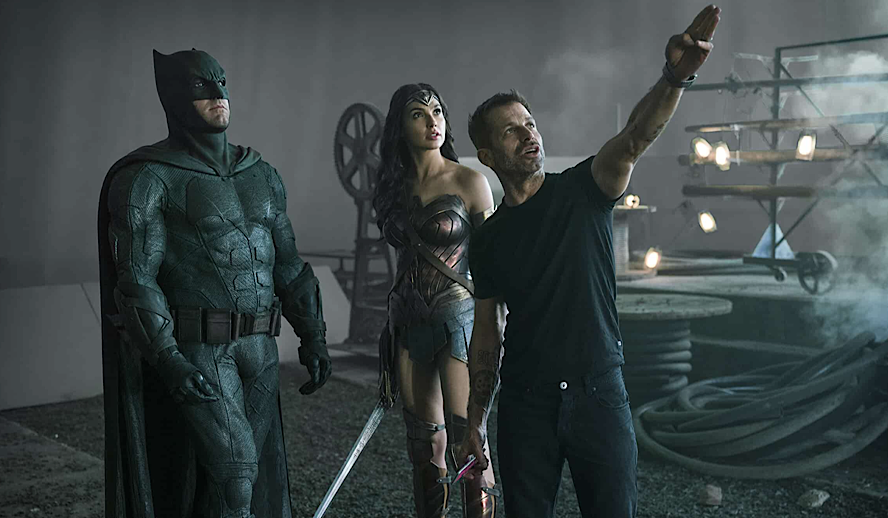 The ‘Justice League’ stink bomb that exploded in 2017 will forever live in infamy. It was one of the biggest disappointments to not only DC fans, but international audiences and most critics. Today, however, marks a day of redemption for DC, as the critically and commercially renowned ‘300’ and director, Zack Snyder, successfully reshaped and molded the historical and dense story of the Justice League into what he originally envisioned. It’s way better in every aspect, to say the least, and even though it’s four hours long, it feels appropriate for the large narrative and expansive story.

For contemporary audiences, it may be more conducive to watch the movie like a TV show the way Zack Snyder divided it; into parts. Either way, this movie will not disappoint. As packed as it is with action, emotion, impeccable lighting, cinematography, special effects, sound design, set design, and costume design, there are also several comedic and adventurous sequences that make this film all the more engaging and easy to love.

Right away, it’s evident this is no ordinary superhero movie, but rather an extension of auteur’s vision with the first introduction to the film being a message that says the film is in a 4:3 format for the integrity of Zack Snyder’s original vision. Warner Bros experimental investment in Zack Snyder revamping their near-failure from just a few years ago has seemingly paid off based on the positive commercial and critical response thus far. The film is now free to stream on HBO Max, and will definitely be time-consuming, but well worth every minute, even when Snyder leans into his less favorable but distinct filmmaking tendencies.

What stands out within the 4 hour packaged film is how quick the pacing is and how natural the scene transitions are, making the movie not ever feel like it loses momentum or drags on. Snyder’s unique storytelling abilities are flaunted in every scene, and anyone freshly familiar with the last film will be inevitably smirking at the scenes where it’s clear Snyder did a glow-up in a way that only he can.

Every second of the audience’s attention is catered to, and this is the kind of artistically driven and careful attention Zack Snyder pays to all of his films and demonstrates his reliable ability to create a world within the film full of dimensional characters in a grand story that reflects the human condition, rather than attempting to construct a traditional Hollywood superhero movie with a big budget to simply fund a Cinematic amusement park. Rather, Snyder ensures that DC fans, movie lovers, and general audiences get a sweeping, comprehensible, realistic glimpse at each character’s life before and after their purpose and significance is harmoniously synchronized with the overall narrative. In addition to the wonderful creative elements inherent in the script, which were clearly ironed out, the special effects and action appear rooted in practicality and filtered through a layer of authenticity, rather than being overloaded with digitized, half-hearted, and ambitious computer-generated effects like this film’s predecessor.

The conflict and antagonistic force are much clearer and easier to follow in Snyder’s cut too, with the arcs of both heroes and villains feeling more complete and well-rounded. This shows a true understanding of the fandom and history of the characters and storylines which the filmmakers greatly improved on from the last cut, which was one of the major deficiencies of the last film. There’s an appropriate amount of exposition to where people that don’t remember the other DC movies can quickly comprehend what’s going on, who they are, their backstories, and their current goals and motivations, and what their status is in Justice League. Essentially, Zack Snyder hit a grand slam with this film and revived it the best way possible.

Captivating From the Beginning

The intensity and power of the opening scene make the film immediately engaging, and for anyone fans of Zack Snyder’s work, it’s clear he’s winking at us through all the Cinematic trademarks stamped all over each sequence. Dark photography is a key element in the film, which was attempted in the last film but didn’t quite hit right tonally with everything else.

The film, being over twice as long as a standard film, is broken up into six parts and additional seventh, Part 1: Don’t Count on it Batman, Part 2: The Age of the Heroes, Part 3 Beloved Mother, Beloved Son,  Part 4: Change Machine, Part 5: All the King’s Horses, Part 6: Something Darker, and then a bonus The Epilogue A Father Twice Over. Snyder builds upon the traditional Hollywood structure and twists it by stretching a three-act structure into a six-act, justifiably so for the enormous story. It may be clever for some to even watch it like a mini-series, with short breaks in between, but for any movie lovers with time on their hands, may be very difficult to do.

Some stylistic advancements that immaculately set the tone for ‘Justice League’, which really should be the flagship emblem for DC’s future projects, are the sonorous, sorrowful, slow music in tandem with the dark cinematography that’s reflective of Zack Snyder’s original vision in an enhanced form. An example of all these elements being employed is the introduction of Louis Lane as she walks through the city of Gotham on a rainy day, and drops a latte off to the scene of Superman’s death and eyes it longingly with a grim expression.

The high crane shots, such as the introduction of Wonder Woman in the midst of stopping a crime, is a Cinematic trademark of Snyder’s and part of his plan to introduce several new VFX shots. Another one of Snyder’s more recognizable heavy Cinematic dosings are his slow-motion scenes, with an example going back to the same scene with Wonder Woman as she battles a terrorist group holding children hostage, then again when she throws the bomb in the air, but all throughout, Snyder executes the slow-mo effects promptly and brilliantly. Snyder did it with most of the characters, such as when Aquaman saves a sailor from the sea, downs a bottle of whiskey, and slo-mo walks into a storm-crazed, tumultuous sea.

Then again with a glamorous introduction to The Flash. The visuals, set design, effects,  and color coordination were enchanting also. One of the most prominent scenes that resembles a beautiful Cinematic mosaic was the incredibly detail-oriented, color-coordinated, special effect heavy battle scene between the Justice League and the Defenders, especially when Wonder Woman is reaching for her sword, Batman is battling, and The Flash sprints around trying to help in every way possible, while Cyborg helps innocent people escape, and later joins the fight. It was a spectacle unlike anything seen before in movies and was just one example of the prodigious landmark of a DC film that Zack Snyder just made.

Better Than the Last and a Unique Cinematic Achievement Overall

The film is, overall, grittier, more intense, and less cartoony. The fight scenes are more authentic, the conflict inherent in the narrative is tension-filled scene after scene. The corniness and cheesiness of the last film are absent, with even a sardonic mocking by Snyder towards a romantic connection between Diana and Bruce when they accidentally graze hands, then dismiss it hilariously.

The connective tissue tying everything together glows in a distinct and clear way as the characters and stories aren’t glossed over, which was a huge issue in the last one, where they seemed to just tell each individual story like they were skipping rocks. Snyder does the opposite and dives deep into each individual character’s back-story, emotions, perspectives, goals, and motivations. There’s an intensity that wasn’t there before, and it’s brilliantly Snyder.