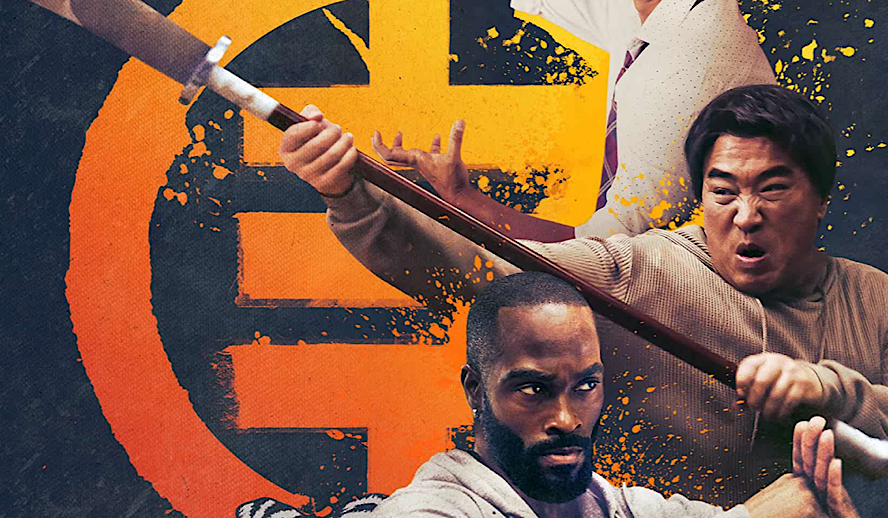 Debuting director Quoc Bao Tran and his team originally pitched the film to Hollywood producers, but were offered $4 million with the caveat that the Asian-American lead is replaced by a White lead to be played by Bruce Willis–they declined the offer, producing the film with an ultra-lean shooting budget of $1 million ($124,000 of which came from Kickstarter).

Related article: Why The Oscars Should Have An Award for the Best Stunts Category

Having parted ways almost 30 years prior, they’re reunited by the mysterious death of their former master, Sifu Cheung (Roger Yuan). Hing is the first to suspect that their sifu’s death, initially ruled a heart attack, was actually foul play–he manages to reunite the Tigers, but the trio of unremarkable middle-aged men hardly seems suited for an action-packed investigation. Tight martial arts choreography and sensible cinematography lend to fight scenes that are decidedly superior to ‘Mortal Kombat’, all the while retaining a fantastic sense of humor that’s imbued in the action as much as it is the dialogue.

Hing, for instance, is now a heavyset man with a permanent limp, obtained in a work accident 10 years ago. His fights have a lingering tension as his bad leg seems to teeter on the edge of basic functionality, let alone having to actually fight–still, he makes it work. Yuan does an excellent job of portraying the character, who’s the funniest and most optimistic of the trio–he acts as a bridge between Danny and Jim, whose initial feud prompted the 30-year separation.

Matthew Page appears as Carter, the overenthusiastic White Sinophile who could never best the Three Tigers in their prime–as an adult, while the Tigers have long abandoned kung fu, Carter has risen to the rank of sifu. He’s but one of many hilarious obstacles that the ill-equipped adult Tigers must face, and some of the humor could only work with the authentically diverse cast–like Carter reciting proverbs in Cantonese to the uncomprehending Hing. Page isn’t afraid to ham it up, but neither is anybody else–it’s completely on-brand for the film’s comedy. This is one of the few movies I’ve ever seen with a toupée gag that really got me.

Danny, once the top dog of the Seattle martial arts scene, is now a greying, diminutive middle-aged workaholic who fails to balance his work life with his joint-custody son. It’s essential to his character and core to the movie, with some affecting emotional payout by the end–still, Danny’s evocation of the “workaholic dad” trope is one of my only gripes with the movie. Haven’t we seen it before, to varying degrees of success, in films such as ‘Mary Poppins’, ‘Hook’, ‘Click’, ‘Evan Almighty’, ‘Jack Frost’, ‘Jingle All the Way’, ‘Liar Liar’, ‘North’, ‘The Haunted Mansion’, ‘The Babysitters Club Movie’, ‘The Wrestler’, ‘Up’, ‘Angels in the Outfield’, ‘Zathura’, ‘i am sam’, ‘What Maisie Knew’, ‘Train to Busan’, ‘Heat’, ‘Zack Snyder’s Justice League’, ‘Austin Powers in Goldmember’, and so on?

That aside, there’s little to complain about — ‘The Paper Tigers’ delivers a continuous stream of laughs and fight scenes that leave the viewer wanting for little else. As the trio goes through the wringer in pursuit of the truth, including bouts with the aforementioned Carter and an upstart trio of Vietnamese-American punks (played by the team behind MartialClub), they realize that the person they’re looking for is a dangerous and elusive fourth disciple.

Tran and DP Shaun Mayor pull some great shots out of their million-dollar hat, including the chilling moment when they identify their sifu’s fourth by the sound of his blows on a punching bag, and Daniel L.K. Caldwell moves the film along with cheeky, low-rent beats that complement the film’s self-aware tone. It strikes a perfect balance between taking kung fu extremely seriously and not taking it seriously at all, executing its concept with meticulous craftsmanship that gets to the heart of good-natured kung fu clownery.

It’s not exactly family-friendly, and at times is actually pretty brutal–but that’s part of what makes the action so good. Even the fight scenes in the VHS flashbacks, as briefly as they’re seen, are choreographed and shot to satisfying perfection–this is a loving, passionate send-up to martial arts movies, by martial artists. It’s a powerful directorial debut by Tran and one of the most entertaining films of 2021 thus far–most definitely worth a watch.