HITRECORD: Creative Collaboration With A Purpose By Joseph Gordon-Levitt 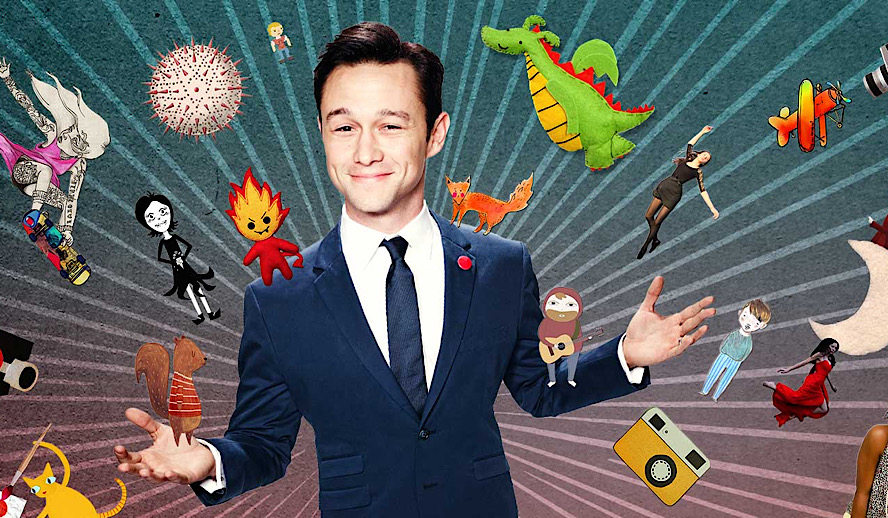 Social media. In theory, even the name implies the innate artistry that users across the world express in a multitude of ways- artists are able to broadcast their work to a larger audience and anyone can share their feelings on any topic under the sun. Unfortunately, born alongside influencer and celebrity culture, comes the clone side effect. No one can express themselves without seeking a financial gain, working under suffocating creative boundaries or producing for the sole purpose of bringing something great into existence. HitRecord is here to change this.

HitRecord, self-described as an “open online community for creative collaboration,” is both a website and app that allows registered users to post incomplete works that other users can add on to, boasting mediums from photography to voice acting. The best part? Anyone can do it! Founder Joseph Gordon-Levitt tags his advertisements for different projects with the ever-classic line, “Beginners always welcome.” With a user-friendly interface, community-focused innovation, and the ability to invent without pressure to perform makes HitRecord a must-have app in our digital day and age.

Related article: Social Media’s Immense Power On Hollywood: How the Pushback from Fans over Sonic the Hedgehog’s Appearance Prompted a Complete Overhaul

What’s it all about?

Joseph Gordon-Levitt (‘Inception’, ‘3rd Rock From the Sun’) has stolen hearts across the world with his memorable performances ranging across the film genres, but one of his lesser-known passions is his work with HitRecord. Started in 2005 with his late brother Dan, HitRecord originated as a feedback video site but now boasts eighty thousand members that contribute almost a thousand “records” a day. The records users contribute can be “remixed” into complete projects, some of which have taken on their own lives, featured at the Sundance Film Festival or the Emmy Winning HitRECord on TV.

The site is the perfect reprieve from our demanding culture of for-profit work, instead offering quick prompts that one can fulfill under mere minutes – site user lauramcKay says “I get super stressed about deadlines and communication, but HitRecord takes away all the pressuring parts I find hard and leaves me with the parts I truly love and enjoy!”

There is a way to receive compensation for your work, of course, if you are contributing to a site-sponsored project that is clearly outlined with plans to bring it to life in a more concrete way. All of the site merchandise is user-originated, users were paid for their work in films premiered at the Sundance Film Festival, and everyone should keep their eyes peeled for more opportunities.

What is some of the work involved?

Currently, HitRecord is all about the spooky, creepy, and dark. As we have just celebrated Halloween, Joseph Gordon-Levitt has partnered with actress Jessica Alba to create the series ASMR You Scared Of The Dark?, which primarily focuses on the popular video genre ASMR and encourages users to whisper terrifying tiny stories into whatever mic they have available, even if it’s a phone speaker. Another timely project is Know Your Voting Rights, a video series voiced and animated by the users to explain the exact steps everyone must take before voting in the United States. With the stress on how vital it is to participate in the democratic process and inclusion of oft-forgotten communities like disabled voters, it is clear that HitRecord is doing important work that should be viewed with a critical and productive eye.

The platform is extremely aware of the power and impact they are able to have on its users, and they use this for absolute good. User gracelaflen spoke on a month-long project HitRecord launched in April that had a positive impact on them- “I was bored out of my mind, locked away at home after being sent away from my beloved college campus. I found this little 30-day “#MakeThingsApril” challenge; every day I had a chance to submit something little- a photo, a tiny story, a voice recording- as part of a way to stay creative and collaborative when we were all so far apart, and it really saved my mental state.”

Stay engaged, even from a distance.

2020 has brought on a series of unexpected challenges, perhaps one of the most being the navigation in the world of creative production in a safe, mainly digital environment. Artists rely on the lifeblood that is collaboration, and the current circumstance has killed much inspiration, but HitRecord is on a mission to win this battle. Many users have praised the app for providing them with stimulation during quarantine when the well has seemingly run dry. By providing prompts written by both the general community and the staff, there is a constant stream of inspiration to choose from, as user FR4NK13 explains, “It has great prompts that get me thinking every day and I love how there are always different options for answering each question so it can cater to everyone.” There is never a dull moment on HitRecord, and there will always be a project available for you to flex your creative muscles with.

HitRecord is bringing us together.

An account is free to sign up for, and they’re never going to bombard you with useless subscription fees and pesky pop-up ads. HitRecord is a clean site meant to solely spur your inner inventor without the daily pressures normally applied to the world. It is best summed by an enthusiastic HitRecord user bvbydriver, who says “I like HitRecord because I think it’s a great and creative platform to share thoughts, creative ideas, and your talents with others!” There are plenty of places to journal out your thoughts, share pictures and videos, and imagine the most outlandish stories, but why not share it with a community of people who are perfectly like-minded? By adding to an unfinished project or proposing one of your own, you have the chance to immortalize your work in a collaborative, ingenue fashion. Even those who have convinced themselves they are not inventive in the slightest can find an interesting prompt to write about, the perfect break in a busy world.