More of the Same from ‘Mortal Kombat’, the Video Game Turned Film Franchise 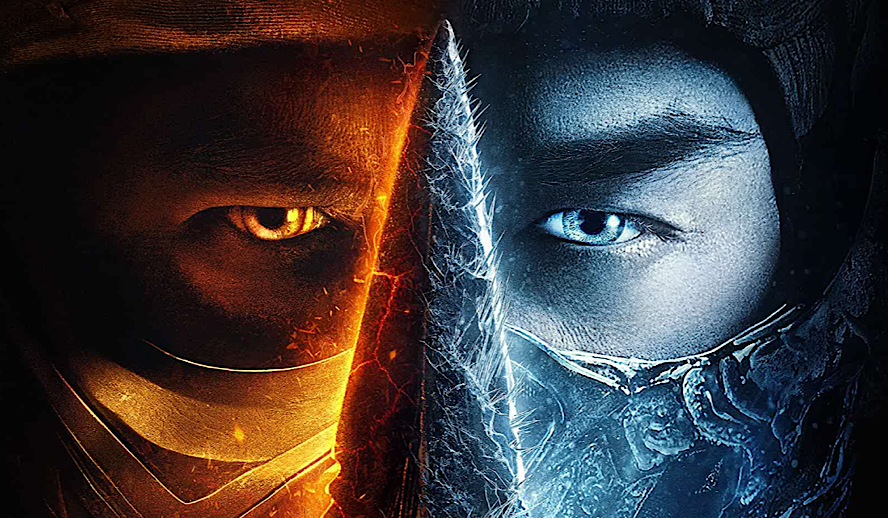 Directed by Simon McQuoid, ‘Mortal Kombat’ is inoffensive in most every way, besides its core thematics and concept. This film is filled to the brim with some pretty cool action, awesome fights, and good character design. All of the characters are generally what you would expect as a fan of the video games. It’s definitely cool to see some of your favorite fighters on the big screen. The franchise is built on “Fatalities,” the unique fighting capabilities of each individual character within the games. These moves provide unique and customized ways to finish an opponent.

Delightfully, fatalities are plentiful throughout the film and provide some truly spine-tingling and awe-inspiring moments. However, the film seems to rely on them far too much. The plot suffers greatly from this over-reliance on the action and the protagonist, Cole, played by Lewis Tan, falls quite flat. Outside of the cool action, there’s not much the movie does well. It struggles with pacing, editing and has visual issues, being one of the less impressive films to grace the big screen cinematographically.

The script is nothing overly dramatic and focuses mostly on the characters and the fights between them. At first glance, this appears like a great angle for a property like ‘Mortal Kombat.’ But, something holds it back. There are a number of possible explanations why, maybe it’s the CGI, an aspect of the film that comes across as cheesy, likely due to the budget constraints placed on the film by the studio.

Maybe it’s the script, a disjointed and paper-thin excuse for extravagant violence and comes across as if it were conceived in a boardroom rather than a writer’s room. Or maybe it’s the fact that they made sure to include all the catchphrases like, “Finish Him”  as lazy attempts of fan service to sell merchandise. In the end, ‘Mortal Kombat’ is a fun action movie that is at its best during some awesome fight scenes putting together some truly epic visuals.

The issue with ‘Mortal Kombat’

Throughout film history, there have been a number of attempts to adapt video game franchises to film. Most fail in every possible way and, historically, this franchise has followed that trend exactly. The original ‘Mortal Kombat’ debuted in 1995, it was poorly received and failed to generate much fanfare. It would go on to score a 43% Fresh score on Rotten Tomatoes, and, famously, the sequel, ‘Mortal Kombat: Annihilation’ scored a 2%. The original production was one of the worst received franchise iterations in modern history. So, naturally, it only took a marginal amount of time for the studio to revive the intellectual property in an attempt to salvage the profitability and marketability of the franchise following the success of the video game entry, Mortal Kombat 11.

The largest issue the film franchise is struggling with is the nature of the video game, itself. What makes Mortal Kombat a fun game is the innate competition aspect to online 1v1 multiplayer games and the joy players experience when putting together combos, doing complicated moves, culminating in the most creative violence imaginable, Fatalities. This is an impossible thing to replicate in film. No matter what, Directors will never be able to recreate the immersion that comes from the video game counterparts.

However, McQuoid tries to compensate for this by creating an end-to-end action-packed gore marathon, which fails to build any semblance of characters, or any memorable narrative. The film lacks any real connection to the audience. Never are the viewers as invested in the choreographed fights as they are with the live competition between themself as Sub Zero versus their buddy playing as Scorpion, and that’s a serious issue.

The Harry Potter spinoff series ‘Fantastic Beasts’ is undergoing some serious struggles with ‘Crimes of Grindelwald’ scoring a 36% on Rotten Tomatoes. There has been a number of negative headlines surrounding the Wizarding World stemming from Director David Yates as well as author J.K. Rowling. The second iteration of the Stephen King concept ‘It: Chapter Two’ is rated 26% lower than its predecessor and the fervor that once surrounded the franchise has mostly evaporated. The same is true for Warners most levied of properties, The DC Extended Universe. ‘Birds of Prey’ and ‘Wonder Woman 1984’ flopped and the largest of all productions, the original ‘Justice League’ was one of the worst received films in the comic book genres history. Why are these Warner properties struggling?

Related article: Will There Ever Be a Good Video Game Movie Adaptation?

Warner has struggled to put forth a consistent level of quality of films, as every successful production comes out, a flop trails not far behind. This is an especially troublesome trait for a production company that focuses on long-term franchises, where sequels dictate the future of the production as a whole. Some of these issues seen through the film’s final result can be identifiable as hiccups within the production company, itself. Warner has tendencies to become overly involved with the production, dictating large elements of the production. The most famous example of this is ‘The Justice League.’

Following a close personal loss, Director Zack Snyder was forced to step away from post-production only to be presented with a chopped and screwed remake of his brain-child as the final project. This meddling led to one of the most dramatic arcs within Hollywood as of late, sparking the movement that was #TheSnyderCut.

Warner Brothers will continue to acquire intellectual property and use their new connection with HBO Max as a way to push productions without the backing of theaters, almost completely eliminating the possibility of financial failure. Products will continue to be meddled with, guided by the invisible hand of the Studio elite, and half-baked offerings like 2021’s ‘Mortal Kombat’ will continue to be pushed out. Warner will continue putting out unoriginal and safe films until something is done to counteract their success. But who is left to make the change, when the most powerful entities at play are the ones manipulating the system?