‘The Hidden Life of Trees’ Review: A Cyclical Documentary About Our Roots and Life 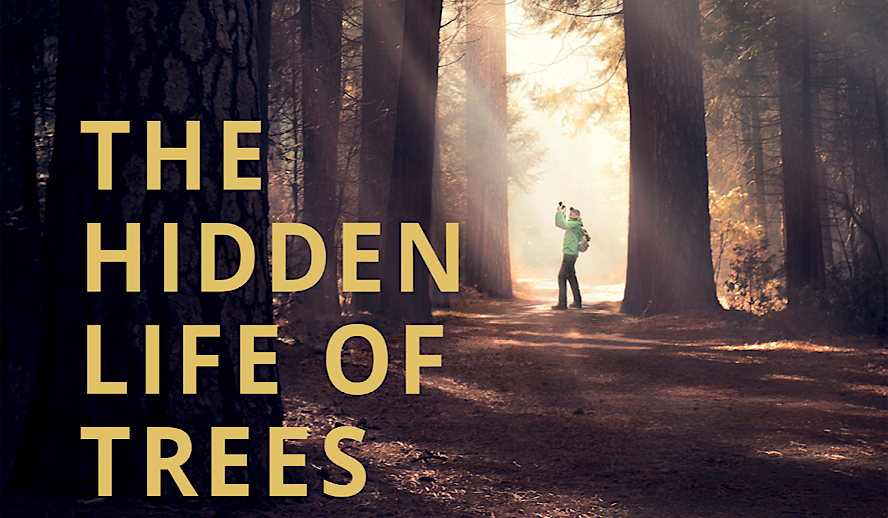 Photo: ‘The Hidden Life of Trees’

The newest documentary from The Constantin Film Production is ‘The Hidden Life of Trees’, based on Peter Wohlleben’s same-titled book. It follows the life of a man who understands the trees and is matched with breathtaking footage of the forests. The film has received tons of positive attention, specifically because it’s solely about nature and opens our eyes. Another big positive of the film has been because of Wohlleben’s unique voice, and how the director of the movie chose to include the writer in the process.

It’s a film, more than anything, that raises important questions. How far is too far? What are we willing to do to get ourselves ahead? And do we really see how our actions hurt others? Sure, the movie is about nature and trees, but the sentiment remains the same. We’ve been hurting the environment more than helping for much too long now.

Jörg Adolph brilliantly directs ‘The Hidden Life of Trees’ in such a whimsical and magical way that it captures the life that writer Peter Wohlleben injected into his original story. We switch between footage of the forest and to Wohlleben himself. The entire film is in German and shows the devastating effects of humans interfering with nature. While there have been hundreds of technological advances in the past century, one of the most destructive things we’ve done is interfere with natural ecosystems.

As Wohlleben’s words wash over us, we watch the world grow and prosper. We see flora and fauna interacting, watch the sun set and rise, and much more. One of Wohlleben’s biggest metaphors is about how trees all have roots, like us, and we’re always reaching out to one another. In a similar way, that’s what Adolph does in this movie. He reaches out to different techniques and ideas, combining them to make this documentary. He could’ve chosen one route, the story of the forest or the story of Wohlleben, and it still would’ve been a success. However, in choosing to combine the two, Adolph creates his own masterpiece and in the end, leaves us wanting more.

Some of the images in the film are so perfect they seem like they’re CGI. Adolph brilliantly uses different effects to accent certain points, switching between time-lapse and slow-motion. The camera work is spectacular, focusing on tiny creatures that we wouldn’t see otherwise. In some scenes, we watch the sunlight move across stationary pieces of moss. In others, we watch flowers grow and mushrooms get older. It’s a plethora of natural things that happen, and we get to witness it. It feels whimsical or like a fairytale, the level of detail they’re able to achieve in the film.

Another special thing about this film is the combination of Adolph and Wohlleben’s powers of persuasion. Wohlleben talks about the trees as if they’re people, using descriptive language to get us to see the bigger picture better. It may seem hard to connect to a story like that, especially since film isn’t a tactile medium, it’s a visual and audible one. However, Adolph is able to pair Wohlleben’s words with vivid images, making it seem like we’re able to reach out and touch a tree. It feels real, not like a crafted documentary, it feels like we’re in the forest with them and watching all the events unfold.

One of the best parts about this film, though, is Adolph’s inclusion of Wohlleben’s voice. Wohlleben wrote the original novel and a large part of its success is credited to his unique narrative. Adolph could have easily made his own movie, and excluded Wohlleben, but instead, he chose to have him be a large part. We switch between magical forests to behind-the-scenes footage with Wohlleben, proving maybe our worlds aren’t so different after all.

Wohlleben provided a handful of information to help educate people, but the statistics alone speak for themselves. Humans have done more damage to nature and hurt more ecosystems than ever in the past few decades. After entering the Industrial Era, we began to use trees as fuel (charcoal) and that led to mass deforestation. From there, we began to make wooden products and furniture, and some types of wood go for much more than others. Even today, there are illegal workers who cut down trees and take them from marked areas. There’s been an increase in cutting down protected trees, all for profit. While there have been efforts made to protect the forests, including armed guards in some parts of the world.

It’s more than just cutting down a plant, it’s about how these actions can affect other beings. Another thing that’s had a surge in the last few years is the job of being a seedling-planter, and being paid to plant tree seeds across a certain area. The seedlings are tracked and are monitored in certain places, allowing scientists to keep track of them. Another thing that’s happening has been more and more involvement from citizens, leading to protests and other political movements in order to save the environment. U.S. Presidents like Joe Biden have even recognized how dangerous climate change could be if we don’t start acting now and slowing down the deterioration of the world we’ve started.

The original writer of the book, Peter Wohlleben, has been heavily involved with the film since it’s conception. In fact, he’s the main protagonist of the documentary and it’s through his eyes that we see nature. We can feel the love for the world oozing in his tone, even if we can’t understand the language. The way he pauses on certain words or emphasizes others is enough to show emotion. The original book is profound, allowing readers to get lost in the story that Wohlleben creates, even though everything is true.

The novel became a bestseller and the basis for the film adaptation. It follows Wohlleben’s thoughts on the way we look at nature and greenery, especially in the battle against climate change. His message is timely and comes at a time when more and more people are becoming more environmentally conscious. As well as that, he ebbs and flows between complete seriousness and some lightness. We hear about the horrific things humans have done, but we also hear about how nature continues to adapt. Most of all, we see growth no matter the circumstances. Wohlleben and Adolph prove one thing most of all, that no matter the situation it’s still possible to grow and prosper.

‘The Hidden Life of Trees’ is available to stream now.