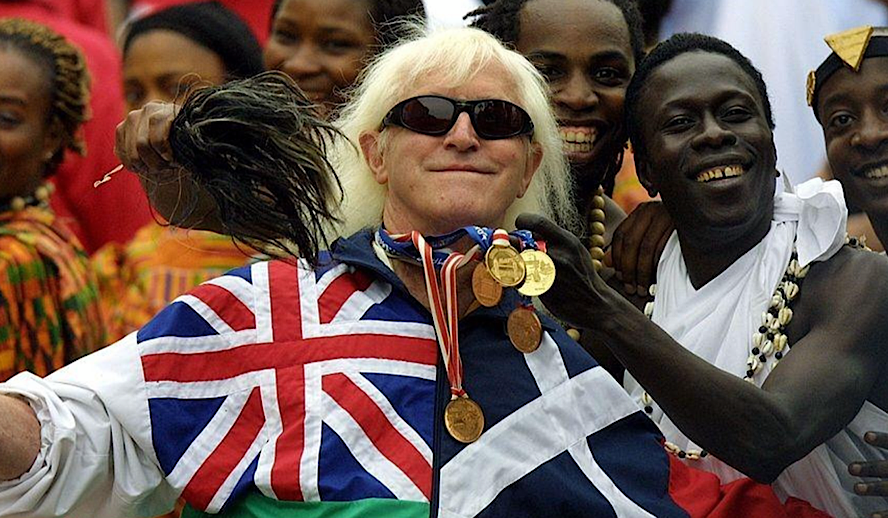 NOTE: Due to the nature of the documentary being reviewed, this review briefly touches on subject matter involving sexual abuse that might be upsetting to hear about.

The Man Who Fooled Millions

Sir James Wilson Vincent Savile, or as he’s better known, Jimmy Savile, is a man who needs little introduction. Born in Leeds, England in the year 1926, he slowly became one of the UK’s most recognized figures during his adult life through a variety of means; raising high amounts of money for charity, hosting two different television shows (‘Jim’ll Fix It’ and ‘Top of the Pops’), and helping out in several different hospitals, Savile seemed like the most pure-hearted individual you could ever imagine. However, after his death in 2011, an alarming number of sexual abuse allegations against the man were made, and a lot of these allegations showed that many of Savile’s victims were underage.

Commissioned by 72 Films and released by Netflix as one of the platform’s originals, ‘Jimmy Savile: A British Horror Story’ is a two-part documentary miniseries directed by Rowan Deacon that details both Savile’s fame and the allegations following his passing. Each part is feature-length, with the first going over Savile’s various accomplishments in his adult life (while hinting numerous times at what would be to come), and the second largely revolves around the allegations that surfaced after his death. The documentary’s narrative is driven by archival footage and multiple interviews with people who had ties with Savile.

It’s been almost a full decade since Jimmy Savile’s true nature has come about, and in that time, people all over the world have come to know his name. Because of that, some might consider a documentary like this to be an unnecessary relaying of information that’s already public. However, I personally feel that ‘Jimmy Savile: A British Horror Story’ actually works for a few key reasons. First off, the two-episode miniseries format keeps the story as long as it needs to be; it’s not rushing itself to fit a regular film’s general runtime, but at the same time it’s not dragging itself out longer than it needs to. Second, the documentary’s choice to use interviews and footage in lieu of a narrator makes it more personal for those involved. The different people who were close to Savile are able to give their own perspectives on what he was like, and how they feel about his true colors being brought to light. Finally, it serves as a good education piece. Not everybody is going to be 100% familiar with everything involving Jimmy Savile’s life, so they’ll benefit from a work like this that gives them deeper insight on the topic. I would know, because this was exactly the case with me.

From a production standpoint, ‘A British Horror Story’ is a fairly well-put-together documentary. It’s nothing outstanding in terms of presentation, but it does exactly what it sets out to do. I do like some of the editing choices, such as the recurring inclusion of clips where Jimmy Savile is seen making some kind of joke or comment that, whether it was his intention or not, alludes to his predatory nature. The score by Jessica Jones (who scored ‘The Tinder Swindler’, another Netflix crime documentary from earlier this year) is solid, never feeling intrusive, distracting, or manipulative. On the contrary, it enhances the atmosphere quite well and is used tactfully.

A Secret Life Exposed Too Late

One thing that this documentary does especially well is show just how deceptive Jimmy Savile was in his heyday. This is especially apparent in the first part, where we’re given an in-depth look at his public life and everything that he did to be as revered as he was. On the surface, he seemed like someone who could do no wrong, someone incapable of being disliked. Some of the shown excerpts of ‘Jim’ll Fix It’, where Saville found ways to grant the wishes of the kids that wrote in, would’ve been incredibly sweet had the knowledge of his crimes not been looming behind it all. During this first part, the documentary also points out that surprisingly little was known about Savile’s private life, and it all proved a point in that even the nicest-seeming can have sides to their personality that very few might ever get the chance to see.

As previously stated, Jimmy Savile and his actions are common knowledge to the public by now, but even so, ‘Jimmy Savile: A British Horror Story’ manages to sum everything about the entire situation up in a relatively concise manner, offering the chance for people who are less so in the know to learn about him. Apart from Savile himself, there’s a clear takeaway from this story about the downside to the level of fame and power that he had. This documentary makes it clear that there were allegations and rumors against Savile since the late 90s, and yet almost all of them went ignored by higher-ups. It’s scary to know that there were efforts made to expose Jimmy Savile for the predator that he was, only for them to be disregarded thanks to Savile’s status as someone who seemed unable of doing anything wrong. While this isn’t something exclusive to ‘A British Horror Story’ itself, it is something that inevitably comes with any kind of discussion related to the man.

A Word of Warning

Before my concluding thoughts, I think it’s only appropriate to say to anyone who might be interested in giving this miniseries a watch that ‘Jimmy Savile: A British Horror Story’ doesn’t pull its punches when getting into the darker aspects of Savile’s life, and the content warning at the start of the second episode is well earned. In particular, a few interviewed victims of Savile recounts what he did to them, and their stories are every bit as horrifying as you could imagine. Knowing what a monster Savile was behind the scenes is something that I feel is important to learn about, but even with that in mind, this documentary is no doubt going to be very upsetting for some.

Should You Watch ‘Jimmy Savile: A British Horror Story’

When it comes to actually recommending this documentary miniseries, it depends on a few things. If you already have detailed knowledge of Savile’s crimes, then it may not be of the highest interest to you. There’s also the aforementioned heavy subject matter that will no doubt make this hard for a good number of people to watch. But apart from those two factors, this is a well-made documentary that takes an unfiltered look into Savile’s life and legacy and tells the audience everything they need to know about the man. It’s an extremely unpleasant and downright frightening story, but it’s an important period in history to be aware of all the while.

‘Jimmy Savile: A British Horror Story’ can be streamed exclusively on Netflix.