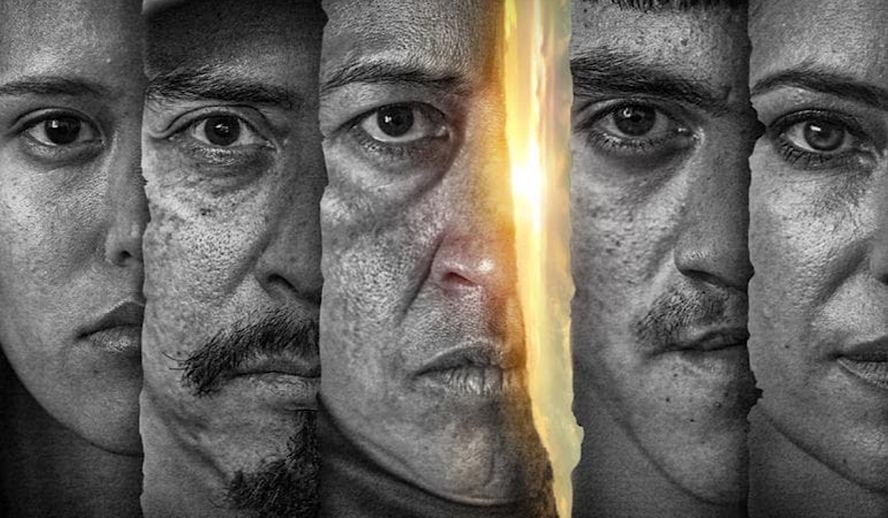 ‘Somos’ follows the story of the people in a small town inside the state of Coahuila, Mexico. In the town of Allende, the daily chores of civilians are looking out for danger and forcibly sweeping the truth under the rug.

Based on Ginger Thompson’s 2017 story, “How the U.S. Triggered a Massacre in Mexico,” ‘Somos’ is a six-episode series created by James Schamus and written by Mexican screenwriter Monika Revilla and Novelist, Fernanda Melchor. The show’s main inspiration is the massacre that overtook Allende on March 18th, 2011. A killing that was led by Los Zetas, the most violent drug cartels of Mexico at the time.

‘Somos’ depicts the perspective on the other side of the coin, the rustic, forgotten one. When the coin is tossed, and a new show needs to be chosen, studios prefer to glamorize the real-life villains than to project the truth of the “unattractive.” It is understandable; villains are always portrayed as badass people with the courage of a thousand lightbulbs. They are highly entertaining and always get away with their deranged actions, and the worst part, at least for me, is that they are usually brilliant. Villains make me jealous because I know I will never have the courage or the brains to be part of a group of bank robbers and get away with it.

I mean, Money Heist is a great example, I was so stressed I had to stop watching. The villain in these shows lie, cheat, manipulate, and even kill people in such a way that you wish you could be them and hope that the next time someone does you wrong, you will have no mercy. But that will never be the case because when the cameras are nowhere to be found and the audience is missing, the truth behind a real-life villain is never cool, fun, or badass, not even a little, not even at all.

‘Somos,’ which in English means “We are,” represents the loss, the silence, the fear, and even the injustice behind the chaos left behind by the villains of Allende. The title speaks for itself, “We are,” as we are important, and we are here to be heard. The people from this town are screaming for justice and want their stories heard.

James Schamus actively searched to depict the culture behind the town to its most honest form, letting the natives take charge when it came to it. The characters took their backgrounds from testimonials from the people that survived the massacre.

Many of the testimonials were made by women; they spoke fearlessly, as they felt they had nothing left to lose. James Schamus made the right decision by stepping to the side and handing the key to women, who then turned into the creative leaders for the show, ‘Somos.’

Several Story Lines Walk You Through The Sidewalks of Allende

Although the plot is based on a true story, its characters are all fiction. The characters are combinations of the many testimonials. As the plot moves forward, the audience understands why the scenes, at first, feel short and unfinished. The relationships between the characters forge a loop that is meant to accentuate the town’s destiny.

The cast is a combination of actors and non-actors, somewhat serving the scenes with balance in the performances throughout the episodes. Many show components aid it to blossom, but the performances were not a part of it. The acting often felt surfaced and a bit stale, constantly indicating the presage of the town.

On the other hand, the show strives to highlight injustice and corruption, and they did it almost to perfection. The show creators divided the storyline between many characters, demonstrating how each character was affected by corruption differently.

They aced when it came to throwing the truth at the audience and forcing them to understand that corruption does not only come in one set of bulletproof vests or villain form, but from any and both sides.

The show highlights the struggle of being part of the lower class in a world where classes are so divided, and the rich can basically do what they please. Often, the lower class is ignored, pushed around, and is in constant danger, but James Schamus wanted, as he said when talking about the show to Netflix, “to make visible the people our culture often works to erase from our perceptions and memories and to affirm our co-existence with them.” For once, the show’s creators wanted to exchange the hands that receive the shorter end of the stick.

Patience is a virtue

Episode one begins with an extremely slow pace, but I later found that it was a way of including the audience to Allende. The unhurried pace gave it a realistic approach, making you feel like you are as part of Allende as the characters on the streets of it.

Let me be honest here; I almost stopped watching on episode one because what could’ve been a ten-minute teaser turned into a three-episode introduction. But, please be patient, and don’t be like me (I’m begging you) because if I had stopped watching, I would’ve missed all the great stuff about it. The pace picks up after the first two episodes, the characters begin to connect subtly to each other, and suddenly you are left with your jaw wide open.

Injustice is More Certain Than We Thought

It is with great pain that you watch the destiny of the town. Although the characters are fictionalized, what makes it more emotional is that real people actually lived through this.

I was so highly intrigued with this story, I went ahead and read Ginger Thompson’s work. Thompson had audio recordings of people recounting what happened on that day, descriptions of how the town looked after, the tension felt, and what was happening behind the scenes for the townspeople. The injustice is felt, the impotence is a horrible feeling that you get while reading her work, and it makes you wonder how enormous the impotence of the people of Allende felt. The show was successful in being true to the story told by Ginger Thompson; it was successful in portraying the town to its most refined, organic form, and it accomplished explaining a percentage of the pain and impotence behind the people of Allende.