‘All Light, Everywhere’: A Self-Aware Documentary on Police Brutality and On-Going Police Violence 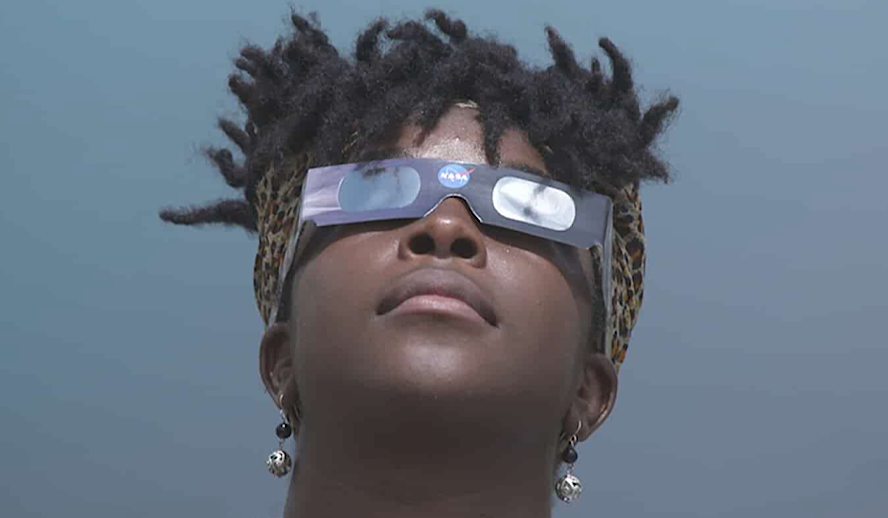 Documentarian Theo Anthony’s newest masterpiece ‘All Light, Everywhere’ is a thoughtful exploration of the gray area between videos and the truths surrounding them. One of the first things that are said by the narrator is that we need to cautiously interpret the things we’re about to see, because we don’t know what is fabricated and what’s real. With documentaries, it’s easy to believe everything we’re shown just because there are pictures or videos to support the filmmaker’s statement.

Take true crime for example, often with unsolved mysteries viewers are so quick to believe they’ve solved something. People usually don’t take into account that there are multiple perspectives being presented in documentaries, and sometimes statements are edited to support the director’s perspective. Anthony’s newest film, ‘All Light, Everywhere’ brings attention to the bias often inputted into films and then proceeds to show us an unconventional documentary on police brutality, body cams, and more.

Related article: The History of, and Trouble With, Police Stories in Pop Culture

‘All Light, Everywhere’ – Peeling Back A Layer of Secrecy

‘All Light, Everywhere’ is as straightforward as it is complicated. Beneath layers of intertwining plotlines and images, the main theme focuses on our role as voyeurs. We consume the media that we’re given, which in turn shapes our ideas and opinions. In ‘All Light, Everywhere’, Anthony tries to stray away from influencing us too much and instead giving us images on their own. He pieces together an intricate story, but makes sure not to spoon-feed us the information. Anthony brings together the complicity in body cams and a movie camera. He shows us the link and how even the world we’re immersed in doesn’t show the full picture.

We’ll truly never know what was left out or how it would impact us, even if we were only given snippets of forgotten material. We may think we’ll enjoy this scene more if it wasn’t cut short or this scene more if it was placed in a different section of the film, but we truly will never know. Some of this misdirection is helpful, giving us space to destress from the heavy material, while other times it does take you out of the film. Some things work well, other things don’t but that relies heavily on the viewer.

Anthony also peels back a layer of secrecy and allows us to see a normal man in uncomfortable scenarios. We see him in the middle of these situations, at a weapons-manufacturing company for instance, and we watch him react. He’s hardly invisible, but the fact that he’s so clearly involved makes us more captivated by the story. We see firsthand how these situations impact him, which in turn makes us react more. Anthony even pulls back the veil on editing this documentary and we see scenes of him poring over footage and dissecting videos to align everything in the way he wants. His visibility as an ordinary person in extraordinary scenarios makes us more interested in the story and more interested in witnessing the secrets we don’t normally see.

Theo Anthony first rose to prominence after his 2016 film ‘Rat Film’ which traced the roots of Baltimore back to its rodent ancestors. He attended Werner Herzog’s film school in 2014 before releasing his first documentary short ‘Chop My Money’ that catapulted him toward national attention. Since then, he’s worked on a number of documentary shorts and films as a director and a cinematographer. Anthony is known for his thoughtful and thought-provoking documentaries, capturing subjects in a fairly objective light. Instead of deliberately provoking or asking leading questions, he lets subjects talk subjectively about their own experiences. Although, like every other filmmaker, Anthony has his own perspective on the subject matter. While he lets people talk, his editing reflects his opinion on the topics in the film.

For instance, during one scene in ‘All Light, Everywhere’, police officers chatter and whisper while a presentation on body cams is going on. They’re giggling and blatantly not paying attention. This little moment says a lot about the character of these men, as well as how light-hearted they take these serious devices. By the end of the film, you can’t help but think that maybe the body cams are as much for the people as they are for the police.

Oftentimes, the absence or presence of a body cam immediately has people condemn an officer. If the officer didn’t have their camera on, they’re automatically guilty. If they happen to have it on, then there’s no way they’re guilty, right? While body cams are extremely useful devices, they are often used to exonerate police officers that are clearly guilty. Bodycam footage may tell a story, but it’s only a single perspective and is unable to tell the full story.

Director Theo Anthony is no stranger to documenting key events in American history. One of his previous films, 2015’s ‘Peace in the Absence of War’ immersed viewers into the Baltimore protests after the death of Freddie Gray. Gray was killed in police custody after being arrested by officers who used unnecessary force. Bystanders say that he could barely stand and that he was beaten with police batons before being dragged into a van. From there, he experienced a rough ride (a type of police brutality) and suffered fatal injuries.

In the years since, more and more Black people have been murdered by the police, some of the most recent cases being Elijah McClain, Breonna Taylor, and George Floyd. These three murders took place within ten months of each other and aren’t even counting all of the Black people who died in 2019-2020 due to police violence. Because of this, the movement Black Lives Matter has gained more and more prominence, after being started in 2014 after the murder of Michael Brown.

One thing is for sure, these horrible acts of violence need to be stopped and officers need to be held responsible for their actions. While many get away with just a slap on the wrist, there’s been more and more public backlash, causing more pressure to be placed on judges. Whether they wear a blue uniform or not, these people need to be held accountable for their actions, especially when they commit heinous crimes.

‘All Light, Everywhere’ is available to view in limited theaters.