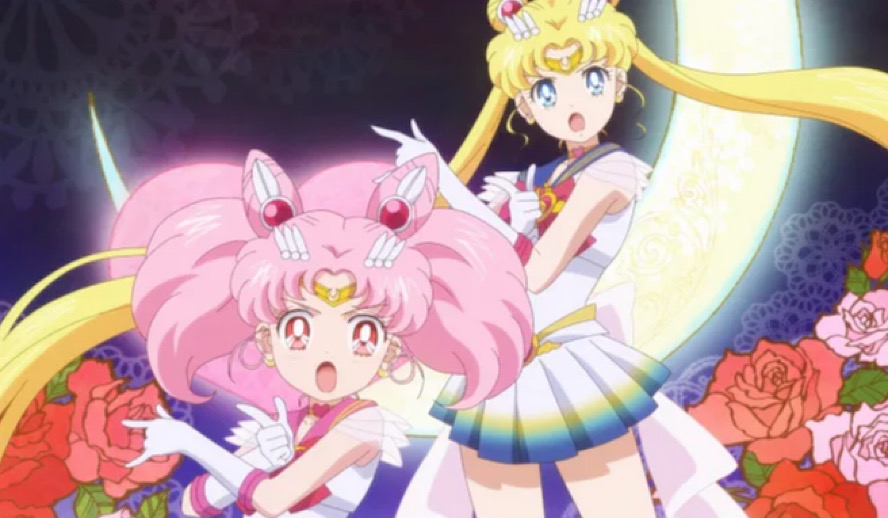 ‘Pretty Guardian Sailor Moon Eternal: The Movie’ – the first Sailor Moon feature film in over 26 years – just hit Netflix after a successful theatrical run in Japan. This 2021 revival comes at a great time for Sailor Moon fans hoping for more content and new viewers getting acquainted with the decades-long IP. Overall, the film is an exciting, magical foray into the Sailor Moon world!

The new release is split into two feature-length parts (Part One and Part Two) and follows the beloved Sailor Guardians as they fight against a universe-shattering threat – the Dead Moon Circus. This review is for ‘Pretty Guardian Sailor Moon Eternal: The Movie’ Part One – but both films are available to stream online. Technically, the film is a direct continuation of the ‘Sailor Moon Crystal’ anime series. However, it’s pretty palatable for all audiences and can be watched without the contextual tee-up.

Related article: A Tribute to Hayao Miyazaki: Enchanted Edifice of the Master Storyteller

Related article: A Tribute to Studio Ghibli: A Masterclass of Storytelling and Cinema

In ‘Pretty Guardian Sailor Moon Eternal: The Movie,’ a new formidable foe appears – a traveling troupe known as the Dead Moon Circus. Ascending on Earth during a seminal solar eclipse, they quickly set up shop and turn their focus on apprehending the power granting Silver Crystal. They also spread dark creatures called Lemures across town, who taint victims’ dreams by turning them into nightmares. Ultimately, the goal of the Dead Moon Circus is to rule the Earth, and eventually, the universe. So, they are definitely an intimidating threat.

And all in all, the Dead Moon Circus is a great antagonist group for the Sailor Guardians. Characterized by a twisted, carnival aesthetic – they provide a great visual counterpart to our heroes. Halfway through the film, they even use magic to turn their circus animals into humans, outfitted in flashy, magical costumes. This amplifies their threat but also gives rise to greater, anime-villain-worthy characters who must test the Sailor Guardians’ ability. And as far as the core Dead Moon Circus crew themselves, when they are not sending these minions into battle but doing the grisly work themselves, they are also a great staple in the film. They each have visually striking appearances, are largely female, and have specific powers. In a sense, they are a female-empowered ensemble just like the Sailor Guardians – just evil.

However, the Dead Moon Circus isn’t the only party at play in ‘Pretty Guardian Sailor Moon Eternal: The Movie.’ While they wreak havoc across town, a magical Pegasus named Helios also descends upon the Sailor Guardians. He says he is searching for a “chosen maiden” to help him find the Golden Crystal and save him from his imprisonment. He also serves as a power source for the Guardians in their fight against the Dead Moon Circus, so it’s a mutually beneficial relationship.

Overall, the film is populated by a great ensemble of villainous characters, as well as strong allies, which ups the stakes of the film and provides bombastic entertainment all the way through. With so many parties involved – let alone each of the Sailor Guardian’s own wants and needs – there is never a dull moment in film.

Even though the anime film is filled with villains, fight scenes, and plain old good action, at the crux of ‘Pretty Guardian Sailor Moon Eternal: The Movie’ is deep internal conflict. Each of the Sailor Guardians is grappling with their own identities, as young teenagers just trying to find their way. Who are they meant to be? Do their Guardian responsibilities take away from their true dreams? What do they want most in life? Are they “enough”? Some are grappling with lost parents, while some are struggling with self-confidence. One wants nothing more than to grow up and experience true love, while another simply wants to be independent and able to lead. Each girl’s insecurities and anxieties differ from one another – which is so great to explore, especially for young female audiences.

And even though there are 10 Sailor Guardians total, the film manages to explore them all, ending each journey of self-discovery in a climactic, exciting transformation scene. For anyone watching the film to experience these iconic anime transformation scenes… you’re in luck. ‘Pretty Guardian Sailor Moon Eternal: The Movie’ is scattered with several, and they are all equally sparkly and fabulous. For Sailor Moon fans, it’s exactly what you’re there to see (for others, compare it to that exciting moment when the superheroes suit up for battle). But visuals aside, these transformations are also heartwarming because they simply show young female characters overcoming their fears and finding self-confidence. At its heart, the film can be considered a coming-of-age story.

These hopes and dreams fit in narratively as well – as they are what the Dead Moon Circus targets when trying to take the Sailor Guardians out, literally using the Lemures to turn these innermost desires into nightmares. So, all of these elements work together quite well.

And of course, an important element of any Sailor Moon story is sisterhood. In ‘Pretty Guardian Sailor Moon Eternal: The Movie,’ we are most focused on Usagi’s (Sailor Moon) relationship with the young Chibi-Usa, a time traveler from the future. As a sort of younger and older counterpart of one another, they have a strong sibling dynamic which is explored through the film. They envy one another at times, admire each other at others, and sometimes, just annoy each other as all siblings too. Either way, it’s nice to have a particular relationship to hone in on rather than just the Sailor Guardians group dynamic in general – which can feel spread too thin as there are 10 of them.

But extending beyond this specific relationship, sisterhood is still explored in the larger ensemble Sailor Guardian group as well, whose familiar playfulness and group dynamic stands strong in ‘Pretty Guardian Sailor Moon Eternal: The Movie’. As a team, they are able to support one another individually while also prioritizing the importance of the group, showing that femininity means strength, rather than competition or tearing other girls down. All in all, the Sailor Guardians group is the epitome of girl power – which is something we all need a little bit of.

‘Pretty Guardian Sailor Moon Eternal: The Movie’ Parts One and Two are now streaming on Netflix. They are available in the original Japanese dub and English dub.

CAST: Varied based on Japanese or English Dub.