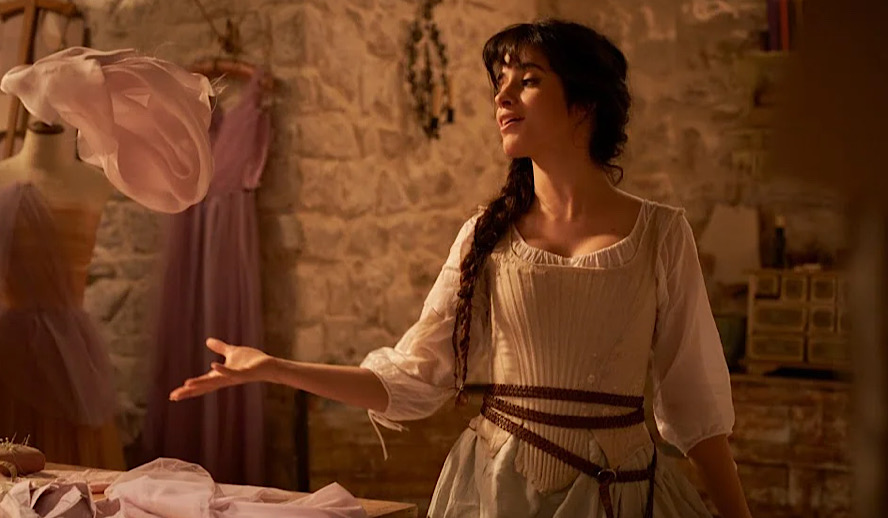 At the sound of the name Camila Cabello, what first comes to mind may be one of her several radio hits that she’s released over the past few years. This Latin pop princess has collaborated with some of the hottest musicians of today such as Young Thug, DaBaby, Mark Ronson, Machine Gun Kelly, and even her equally successful singer-songwriter boyfriend Shawn Mendes. Or possibly you’ll remember her from ‘The X-Factor’s‘ born girl group Fifth Harmony who released several records from 2012-2018 and toured all around the world before Cabello decided to branch out to pursue a solo career.

Regardless of where you know her from, it’s no secret that this 24-year-old Grammy-nominated performer is a household name. To keep fans on their toes, over the pandemic Cabello partook in a brand new endeavor: acting. She will make her film debut in the brand new live-action musical version of Kay Cannon’s (‘Blockers’, ‘Let It Snow’, ’30 Rock’) adaptation of ‘Cinderella’ where she will take on the starring role of everyone’s childhood favorite princess. This reimagined version is female-empowering contrary to previous versions of the film where all the females are seemingly pitted against each other.

Cannon shared with Entertainment Weekly, “I was someone who wasn’t really that attracted to the Cinderella story, I kind of thought it was just a bunch of women being mean to each other.” Cannon’s adaptation is described as a, ”great opportunity to show this loved, iconic character that is Cinderella in a way that’s more relatable to what girls and young women, in particular, are going through, where they can really see themselves.”

With a celebrity as big as Camila Cabello, the film was clearly going to drive in large audiences and wild success. However, to add to the film’s excitement fans will be stoked to hear that Cabello isn’t the only famous individual involved in the flick as the resume behind this film is incredibly impressive. The evil stepmother is going to be played by the wickedly talented Idina Menzel (‘Wicked’ ‘Frozen’, ‘Uncut Gems’, ‘Glee’). James Corden (‘Cats’, ‘Into the Woods’, ‘The Late Late Show with James Corden’) and John Mulaney (‘Saturday Night Live’, ‘Mulaney’, ‘Spider-Man: Into the Spider-Verse’) are set to play footman/mice while ‘Pose’ actor Billy Porter has the honor of playing the traditionally female ever-magical Fairy Godmother character—with a twist.

This innovative version of the Fairy Godmother will be genderless and given the name “The Fab G”. In an interview with CBS News, Porter shared that he had no qualms when it came to portraying this reimagined part, “Magic has no gender. We are presenting this character as genderless. That’s how I’m playing it. This is a classic fairy tale for a new generation, I think that the new generation is really read. The kids are ready. It’s the grownups that are slowing stuff down.” From Porter’s fabulous red carpet looks and impressive performance in all three seasons of FX’s ‘Pose’, I am surely looking forward to devouring the fresh take he will give to such a classic character.

As for the ever-charming prince, the up-and-coming British actor Nicholas Galitzine (‘The Craft’, ‘Chambers’, ‘High Strung’) is set to play Prince Robert after a long casting search for the perfect prince to play alongside Cabello. While Galitzine has proven to his Instagram followers in many of his guitar playing and singing videos that he is quite musical, viewers should be eager to see if his dancing can live up to his vocals as he shared he has partaken in several dance lessons for the film.

Camila Cabello to Lend her Songwriting Chops to her Film

Recent new photos have been released from the set of ‘Cinderella’ which was filmed in the UK. A shot shows Cabello dressed in a cream-colored corset, with fabrics and sewing tools strewn about in what appears to be the inside of a gorgeous castle. In the second photo Cabello is pictured with her handsome prince played by Galitzine with the two staring lovingly into each other’s eyes with a small peek of what seems to be a blush colored ball gown. While fans are excited to see Camila’s acting chops in her very first feature audiences will also be thrilled to know that she additionally is working on the music for the film. Idina Menzel shared on Twitter that both she and Camila have their own original songs in the movie.

Head of Amazon Studios Jennifer Stalke stated, “‘Cinderella’ is a classic we all know and love, but this time with a modern unique twist and starring the sensational Camila Cabello and an all-star cast. Producer James Corden and the filmmaking team have taken this beloved fairytale and revamped it with a fresh, empowering perspective that will resonate with audiences and families around the world. We couldn’t be more excited for our global customers to sing and dance along to director Kay Cannon’s re-imagination of this classic story.”

After a few COVID delays, the film wrapped principal photography in late 2020 and was granted a theatrical release by SONY in February of 2021. However as many films have experienced, the release of ‘Cinderella’ has been pushed more than once due to the COVID-19 pandemic. However in early May of 2021, the good news was delivered that the film was bought by Amazon Studios, and rather than going to a traditional theatrical-film release, it will instead premiere on the Prime Video streaming service in September of 2021.