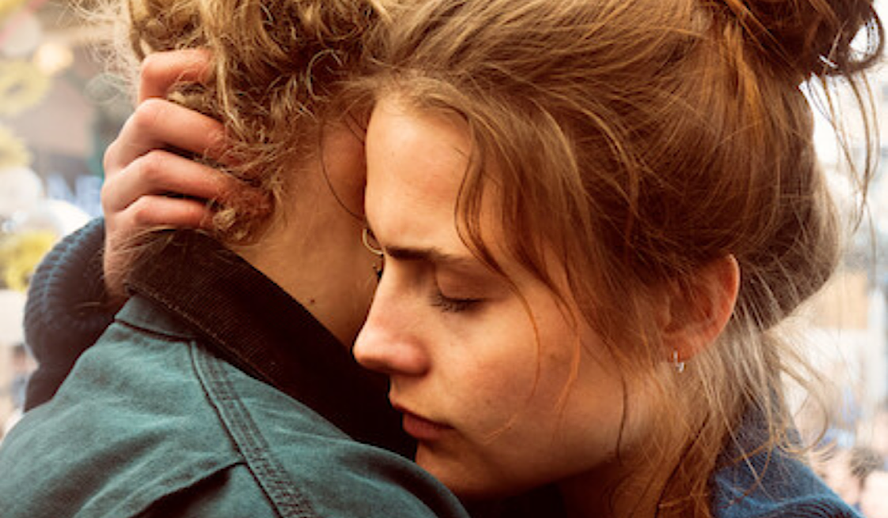 Photo: ‘And Tomorrow The Entire World’/Netflix

A Film Of Protest

From director, Julia von Heinz comes ‘And Tomorrow the Entire World’ (‘Und morgen die ganze Welt’), a German political drama on Netflix that follows actress Mala Emde as Luisa, a young law student in Germany, who joins an Anti-Fascist group to oppose a recent rise in the political right in the country. The film is loosely inspired by the director’s own life as she herself belonged to an Anti-Fascist group when she was younger. Before being released on Netflix, the film premiered at the Venice International Film Festival and was the German entry for Best International Feature Film at the most recent Academy Awards.

Related article: Oscar-Nominated ‘Quo Vadis, Aida?’: A Film that Forces You to Look at The Bosnian War in the Eyes

‘And Tomorrow the Entire World’ has a lot of dense subject matter to it. This is a film that very poignantly wants to spur a discussion — as to what that discussion entails, I am not exactly sure. While the film certainly takes a clear side in its politics, it does not shine the most endearing light on the side it takes either. While I was engaged with the political activism of the film, I found myself struggling to pin down quite exactly what the film had to say. With a plot that is fairly by the numbers, the film needed to be elevated by its political messaging, and to me, it was not.

‘And Tomorrow the Entire World’ – What Worked

The cinematography in the film is very impressive. As a political drama with several scenes of protests and alterations with authorities, the director of photography Daniela Knapp opted to shoot the film mostly handheld. This choice gives the film a very documentary-esque feel to it with the imperfect camera movement that feels almost spontaneous. This all comes off as very effective and timely — after the recent civil unrest and the influx of footage shot by protestors, the shaky-cam tactic implemented in ‘And Tomorrow the Entire World’ makes it feel at times you are watching footage of a real protest which is a credit to both the director and the cinematographer.

The sound design throughout is also very well done; it is clear the care that has been taken to immerse the audience into the film. The protest scenes have so many audio layers that it is nearly overwhelming similar to Aaron Sorkin’s ‘The Trial of the Chicago 7’. Luckily, the film never crosses the line into too noisy and maintains its compelling, anxiety-inducing intent.

The film has some particularly intense sequences, namely the protests as well as a confrontation between the right-wing supporters and the Anti-fascist group. What I admired about the film is how it showed protests in a very real light, depicting them as messy and emotionally taxing. You can see how difficult it is to maintain a peaceful protest when there are agitators, regardless of the side, and the film grapples with the morality of where the line is between protest and crime. The confrontation scene may be the most compelling in the film because while you are intended to identify with the protagonist’s cause, you are not necessarily intended to identify with their actions.

This was an interesting idea to propose and one that I credit the filmmakers for the mature approach. Another strength of the film was the performances of our main three characters. Mala Emde, Noah Saavedra, and Tonio Schneider are all excellent in their roles and elevate their source material; Saaverda appeared in Sam Mendes’ ‘James Bond’ film, ‘Spectre’, that also starred Daniel Craig. Emde however, is the standout of the film offering a look into a headstrong, youthful idealist that is feeling the weight of her cause. Emde does a great job at displaying this burden as the film progresses.

Unfortunately, where the film struggled for me was in its writing. The story of the film has a fairly significant pace problem upon entering the second act. After a very exciting and intriguing first thirty minutes, the film seems to screech to a halt and meander its way to its third act. Keeping the pace that was established in the first act of the film could have greatly improved the overall flow of the film. The characters are another element of the film that felt uneven to me upon a first watch; the protagonist of Luisa is compelling enough in her cause, but the script does not offer her much development which was disappointing. The characters of the film, while not caricatures, all feel very similar in their collective passion for this anti-fascist cause but that only takes the characters so far.

The overall story of the film is the aspect that left me wanting more the most. The film seems to have trouble identifying where it wants to go with its story and seems to rely on its characters and politically thematic content. Unfortunately, these aspects of the film are not strong enough to support the film on their own and while the premise of the film is engaging, it felt like there was meat left on the bone in terms of the story. A few more turning points added into the second and third act would have kept me more engaged throughout the runtime.

The political themes within the film also felt murky and grey — it is possible that this is the intention of the filmmaker: to show protests and politics in a realistic way as messy and non-binary but at times I was confused as to who the filmmaker was intending me to identify with and what she was trying to say. A film I left feeling similarly was ‘Imperium’ that followed Daniel Radcliffe and Toni Collette as Radcliffe infiltrates a white-supremacists group. Both films felt like they had a good spirit but trouble articulating their message.

There is a very clear passion behind the project of ‘And Tomorrow The Entire World’ as the subject matter hits close to home for the filmmaker. The film is incredibly technically sound and impressive in its construction, however falls short in its plot and story. Unfortunately, the politics of the film seem to convolute it as it was not clear to me on the first watch what exactly the filmmaker intended to say with the film. I think there are many interpretations to have on the film’s message, but to me, it didn’t feel like it was intended to be ambiguous, it was just unclear.

This could be just a personal problem I had with the film; I would recommend for audiences to give the film a watch and make up their own opinion and takeaways as to the film’s messaging. It is a well-made film that deserves to be seen even if I didn’t personally enjoy it.

Stream ‘And Tomorrow The Entire World’ today only on Netflix. Director Julia von Heinz is currently working on her next film, a documentary, called ‘Europe – C-19’. The film is set to release in September in Italy.