‘Trees of Peace’: Alanna Brown Inspires with this Story of Survival 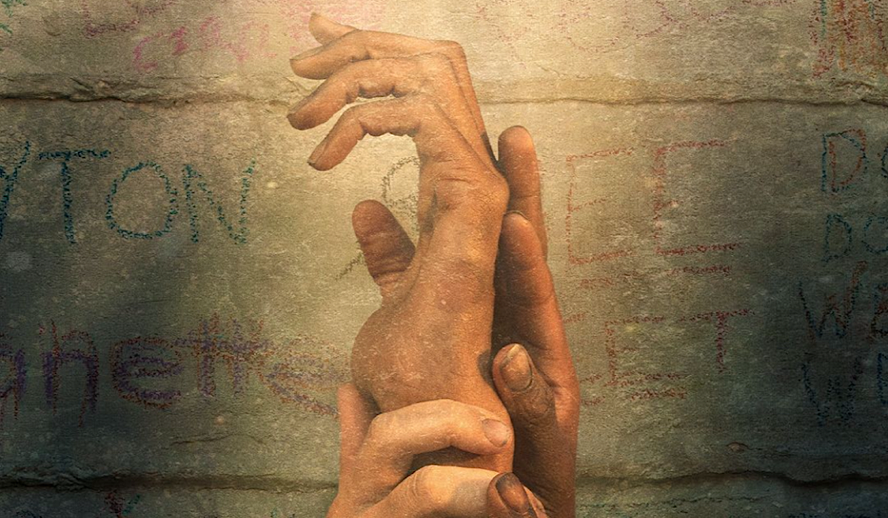 Netflix has just released its next gem of a film – and it is not for the faint of heart. Nowadays, films are praised for their blockbuster appeal and star quality, however, writer/director Alanna Brown has snuck under the radar and onto the scene to present the world with this must-see story of survival and sisterhood, ‘Trees of Peace.’ Set in 1994, Rwanda, during the genocide against the Tutsi, the film centers around four women from different walks of life who must hide together in a cramped storage room. Inspired by true events, the film does not shy away from the horrors these women endure, yet it also emphasizes the need for peace and love in the world.

The Rwandan genocide lasted around 100 days, from early April to July of 1994. Neighbor turned against neighbor, and around one million were killed. However, Brown takes this massive, horrifying situation, and zooms into an intimate setting and intimate story to propel a deeper understanding of humanity. Winning a well-deserved stack of awards from festivals such as the Santa Barbara International Film Festival and the American Black Film Festival, this is a film to add to your watchlist.

The Strength of the Characters

This film would not have been as impactful without the four leading characters, and the actresses who portray them. Charmaine Bingwa, Ella Cannon, Bola Koleosho, and Eliane Umuhire all give noteworthy performances and play off each other so well. We see every shade within these ladies: their desperation, their anger, and despair, but also their hope, their compassion, and perseverance. Each leading lady is layered and nuanced. From Annick, a pregnant wife, to Jeanette, a nun, to Peyton, an American volunteer, to Mutesi, an angered Tutsi woman, each of the four has a distinct personality and reason for hiding. The bond that they form throughout all the days they are trapped together is uplifting, to say the least, and the focus on a forged sisterhood provides a much-needed light to the darkness of the film.

These characters also come alive thanks to the exceptionally well-crafted dialogue. The conversations they share feel honest and authentic. When a backstory is explored, it is not there just for exposition, but rather to further the characters’ understanding of one another, and of themselves. When an argument is had, it is not plopped into the scene for dramatic effect, but it comes from a place of genuine anger that stems from each character’s view on the world. Of course, these women lash out at one another. They’re trapped!

And their ability to fight but still help one another completes the theme of what it means to have a sister. Dialogue such as this is hard to come by. Hollywood can often seem too focused on the drama of it all, or the need for everything to be fast-paced, that the words written in a screenplay may not be grounded enough in the characters or the world. When writing in English class, every child learns that you “show, don’t tell.” By conveying these characters wholeheartedly, and pulling out powerful performances, we are shown who these women are and why we should root for them. Brown certainly knows what she’s doing with a screenplay, and with how to articulate the varying personalities and opinions of the characters.

‘Trees of Peace’ – The Intimate Setting of a Room

Having a whole story take place in one setting is not a new concept, but it will always be a challenging one. ‘Trees of Peace’ doesn’t just take place in one location, it takes place in one room – one very small room that was not meant to “store people.” From classics like ’12 Angry Men,’ to 2015’s ‘Room,’ an intimate room setting squeezes characters together and leaves tension brewing within the four walls. There is no privacy. In this film, the characters have to deduce how to go to the bathroom in this room, how to ration food, and how to not lose their minds.

But there are also more heart-warming moments such as: the ladies playing games with each other, reading a children’s book out loud, and drawing on the walls. These little moments demonstrate their humanity and their ability to lift one another up. There is sometimes the question of whether a movie will be “entertaining” enough, and, rest assured, this one makes the most of its hour-and-38-minute runtime. The claustrophobic setting works to enhance the story, not dampen it.

The one connection the room has to the outside world is a small window the women can look through. This window is a clever storytelling device that allows the realities of the turmoil outside to be seen, pushing each character to their limits. Furthermore, the window is the main source of light, and is used to demonstrate the passing of time. As an asset to production, it allows for interesting, ambient lighting, and is almost a character itself due to all the things shown through it, and the different uses it has (for example, when it rains, the women collect water from the window). Another storytelling device is inventive cinematography. It is only a small room; however, the camera movements and choices work to keep the audience engaged and emulate the emotions felt. Shots that show all four characters slouched in the room work to demonstrate just how cramped everything really is. All these tools work together to create a synchronized work of Cinema that captures the intense story being told.

It’s no secret that the subject matter for this film is extreme, yet real. This can be a hard watch because of the heaviness of the material. However, Brown handles the topics of genocide, sexual violence, prejudice, and divisionism with delicacy. Nothing is played up for shock value, it serves the purpose of demonstrating the harsh world our characters are living in. Some instances are not even shown but are instead heard by the characters or implied in the dialogue. Instances that are heard are particularly gut-wrenching because the audience is thrust into the situation of the characters. They cannot do anything because they must remain hidden, but the sorrow and emotional toll is taken from what they hear is stained onto the soul.

As mentioned previously, this film isn’t for the faint of heart. How can it be when it deals with so much? But films such as this are so important in the modern world. They seek to share their message and show the world at its worst so there can be more push to move the world to its best. Moreover, the hope given by the characters and from the ending speaks to the goodness that’s still in the world, despite all the hardship.