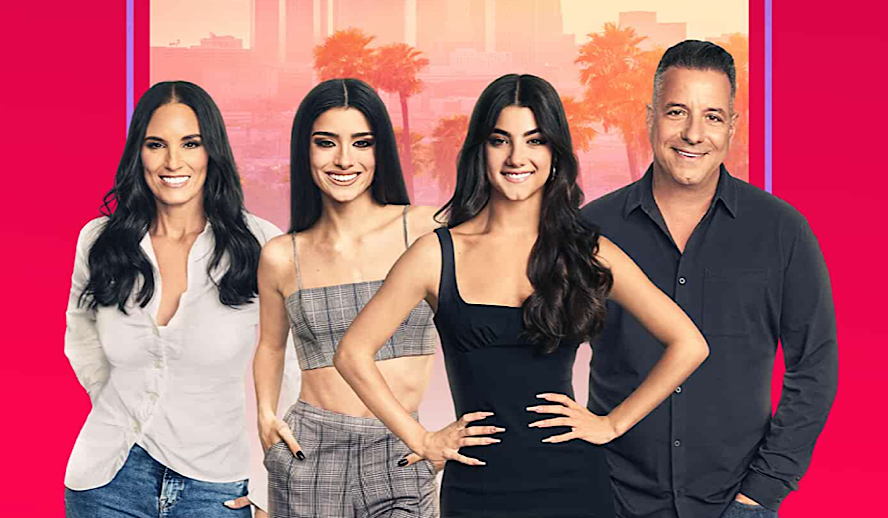 Who Are The D’Amelio’s?

Maybe you’ve heard the name Charli D’Amelio and maybe you haven’t. But chances are if you are remotely integrated with what’s trending in today’s society, the name probably rings a bell. Charli D’Amelio blew up on the popular social media app TikTok in 2019 after users took notice of her dancing expertise. Most of her videos are of her dancing to trending songs circulating on the app and at just seventeen years old, D’Amelio is the most followed user on TikTok, even surpassing user Addison Rae.

In early 2020, Charli signed with the ultra-powerful United Talent Agency who subsequently signed her entire family, which included Charli’s older sister, Dixie. Dixie has also risen to fame thanks to social media, (and especially thanks to her little sister). While Charli is known for her dancing, Dixie however has made it a point to differentiate herself and has instead gone down the musical path. She has released several singles with some of Hollywood’s hottest musicians such as Wiz Khalifa, Liam Payne, and most recently Rubi Rose.

While both sisters have already made their rounds in Hollywood: appearing on Super Bowl ads, performing alongside famous musicians, creating clothing and makeup lines, as well as participating in major campaigns, it seemed as if they were ready for their next big step. What better way for the two young influencers to connect with their fanbase than a reality show that aimed at giving viewers an inside scoop of what goes on behind the scenes? So low and behold, ‘The D’Amelio Show’ was born, and here’s what we think about it.

What Can Viewers Expect on ‘The D’Amelio Show’?

Everyone seems to be curious as to what exactly fame, and in particular TikTok fame, can do to/for a person. Does it change their lives? Does it expand opportunities? Does it affect your relationships with the people around you? The answer to all these questions is: yes, and that is exactly what ‘The D’Amelio Show’ is here to prove. The goal of this reality series is to give an exclusive look at the all-consuming life of being a young influencer. Charli opens up in her confessionals on how she attempts to seek normalcy and how her life has been completely flipped upside down ever since fame struck. In the first episode, she recalls the first time she remembers going viral, “When I first went viral, I was kinda like ‘oh that’s weird. It must’ve been a fluke.’

I am so genuinely happy and confused at the same time. I’m just dancing in my room by myself, why do they know who I am?” She says about her supporters. Her sister Dixie commends both of their growth on TikTok to the COVID-19 pandemic that hit in 2020, “Right place, right time. The app was developing as she [Charli] was going. Especially since quarantine happened as well, a lot of people got on TikTok ‘cause they were very bored. And that’s when both of us grew so much. I mean a year ago I was in high school, kind of living a super-normal life, now those people watch everything I do, which is creepy and scary, but also cool.”

While of course Dixie and Charli have hundreds of millions of supporters, at the end of the day they are also just teenagers. The show at times digs into their more personal lives and the daily issues they face as real people, rather than social media personalities. Some of these topics include boy struggles, anxieties, insecurities, and dealing with the negative side of social media. Growing up in the limelight can be thrilling but also incredibly draining. With millions of eyes picking apart these girls’ every move, it can become incredibly overwhelming. The show depicts the darker side of social apps by adding screenshots of hateful comments the girls receive each day. “Tiktokers will be irrelevant in a couple of years,” “There are so many ppl that deserve to be where she is today,” “Presenting the life of a bratty white girl who has leeched off her sister’s fame,” one user wrote about Dixie in particular.

Thoughts on the Show as a Whole

While the appeal of the series is alluring at first, I am regretful to inform you that each episode essentially tackles the same topic. Where I feel the show had the opportunity to really dig into the behind-the-scenes culture of what fans are begging to know more about, instead the show fell flat and remained incredibly surface level. In summary, the show is about a teenage girl who isn’t really sure how she stumbled into the amount of fame she possesses, and is going through the motions alongside her family episode after episode. While they have no idea how long the fame is going to last, or how quickly it may dissipate, their goal, for the time being, is to have fun and enjoy it while it lasts. While I would agree that this is a tactical and healthy way to deal with the sort of acknowledgment the D’Amelio family is receiving, I don’t however think it is a very exciting concept for a television show.

What further puzzles me is the fact that Dixie and Charli already have their own Apple podcast (‘Charli and Dixie: TWO CHIX’) where the sisters dive into their personal lives as well as the parents (‘The Other D’Amelio’s) where the mother and father discuss what it’s like to parent two of the most famous teenagers in the world. Along with their podcasts, Dixie also hosts her own YouTube talk show on top of the sisters’ daily posts on other popular social apps such as Instagram, Twitter, and Snapchat. It seems that the family already has a multitude of platforms where they can share their story, so adding a reality show into the mix just seemed a tad overkill. For some fans, maybe this is the exact content they were hoping for from the D’Amelio’s, but for someone interested in the world of glitz and glam that comes with social media fame, this may not be the show you were hoping for. Either way, ‘The D’Amelio Show’ is now streaming on Hulu.