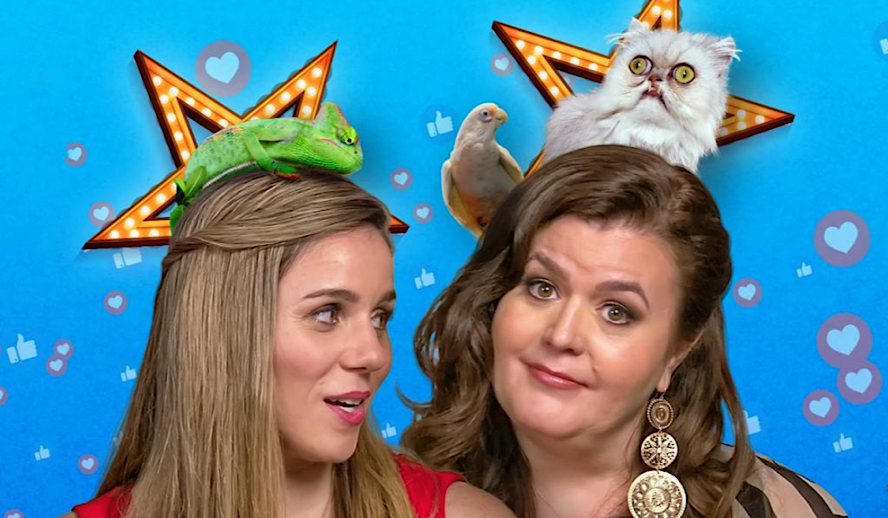 If you’re anything like me and half of the accounts you follow on social media belong to animals, you’re probably going to be a huge fan of Netflix’s newest reality series ‘Pet Stars’. As we all know, Netflix is no stranger to a wide range of reality television shows— from shows about wedding planning like ‘The Wedding Coach’ to selling multi-million dollar Los Angeles homes in ‘Selling Sunset’, and wild dating shows like ‘Too Hot to Handle’ and ‘Love is Blind’, it was about time for Netflix to deliver audiences an adorably hilarious reality show all about animals. ‘Pet Stars’, follows Pets on Q, an animal media company and booking platform for the world’s most talented, popular, and unique-looking animals.

Founder and CEO of the agency Colleen Wilson and director of operations Melissa May Curtis serve as the brains behind the company as they search to fill out their talent roster with the world’s most famous pets. They use tools such as Instagram and Tik Tok, as well as help from The Ugliest Dog Contest and even a reptile convention to search for new clients. Pets on Q’s mission is to link talented animals to the world’s largest brands that want to strengthen their advertising and social media campaigns. Season 1 of the series contains five hilariously adorable and sometimes absurd episodes all under half an hour long that are sure to warm your animal-loving heart.

As mentioned above, Melissa May Curtis and Colleen Wilson are the faces behind this talented pet agency. But what exactly got them into this wildly specific line of work audiences may wonder. For starters, Colleen worked as a banker in New York City, and as an escape from her high-stress and fast-paced job she began fostering and training dogs from kill shelters, while simultaneously working as an animal handler on TV and film productions on the side. In 2014 she laid eyes on an adorably energetic Dalmatian puppy named Charlie who had previously been returned to the shelter four times from the homes he was placed in due to the fact he was completely deaf.

Colleen instantly adopted him and trained him using American Sign Language. Colleen’s persistence and success with Charlie caught the eyes of many curious onlookers including several well-known companies that hired Colleen to train pets for their commercials, fashion shows, and photoshoots. These interactions are what gave Colleen the idea to manage pets’ careers after seeing Charlie’s success.

Colleen moved from NYC to Los Angeles where she met Melissa May Curtis. Curtis began working with Wilson very early on in their friendship. What makes this show such a fun watch is the dynamic the two women have between each other. It is clear as day on screen that the two have an excellent relationship with one another and make excellent work partners on top of that. Melissa shared in an article with PEOPLE magazine, “Colleen and I are genuinely the best of friends and have a ton of fun together, and I think that translates on camera, and people can actually feel the good times we are having together.” Throw in some adorably furry animals, skateboarding bulldogs, and scaly reptiles and Netflix had a hit reality show on their hands.

A day in the life of Melissa and Colleen is anything but ordinary. As previously stated, some days they might be scouring the web for furry Instagram stars, or others they are auditioning animals for some of the largest television and social media campaigns we see on our phones and television screens. The team will spend all day on a soundstage auditioning all animals big and small for upcoming castings. In these castings, dogs will show off their most impressive tricks, dance moves, and the ability to take direction. A lot of times Melissa and Colleen are looking not only for impressive pets, but their owners as well.

Pets on Q’s resume include some of the following campaigns, Blue Buffalo, Friskies cat food, Kong toys, and Cadbury Chocolates, just to name a few. To pay homage to their talented roster of animals, they use Instagram to show off their “pet star of the week” often ending each post with a message to their followers, “Do you think you, or someone you follow, has what it takes to be a featured Pet Star on Pets on Q’s page? Then let us know! We are always on the lookout for new and amazing animal talent, so please mention them in the comments below or tag us on their page!”

I was so excited to watch this series because it was the perfect escape. Oftentimes I get so sucked into the drama of reality TV that it ends up not being a distraction and instead I end up immensely invested. ‘Pet Stars’ is the perfect television show that you don’t have to pay too close attention to in order to enjoy it. The animals are goofy, their owners are often goofier and Melissa and Colleen are the perfect hosts. If you’ve already binged the first season and are looking to fill the paw print shaped void in your heart (that is until season 2 gets picked up—fingers crossed) keep up with Charlie the deaf Dalmatian’s adventures on Instagram where he currently has over 19 thousand followers (@deafdal).

Colleen and Melissa’s Instagrams can be found here: @colleen.m.wilson and @melissamayc.