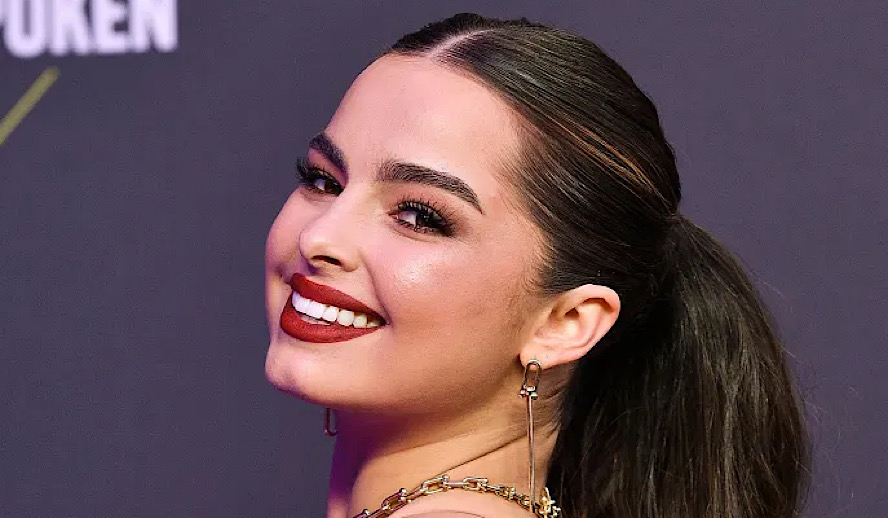 In a generation where technology rules the world, it’s safe to assume almost everyone is familiar with popular social media platforms such as Instagram, TikTok, Twitter, and Snapchat. Twenty-year-old content creator Addison Rae has quickly become the face of these platforms, TikTok especially, as she remains the second most followed user on the platform with over 78 million followers and doesn’t fall far behind on Instagram where she holds nearly 40 million followers.

Recently, however, Addison has proved to the world she is more than just a social media mogul as she tested her acting chops in the 90’s remake of ‘She’s All That’ to be titled ‘He’s All That’ which Netflix has recently bought the rights to. Here is everything we know about the film and Addison’s budding career past social media stardom.

Addison Rae Easterling’s social media career took off when she began posting content on TikTok in the summer of 2019. Her videos consisted mostly of choreographed dances to popular trending songs on the platform. She quickly rose to fame with these alluring dance videos and gained over one million followers in a few short months after downloading the app. She eventually dropped out of her first year of Louisiana State University where she was studying broadcast journalism to move to sunny Los Angeles to further pursue her budding career as a content creator and take her shot in the entertainment industry. As time passed, her follower count continued to increase and not only did she catch the attention of her millions of followers, but brands such as Hollister, American Eagle, and Reebok took notice of her and have since collaborated together on several Instagram campaigns.

In early 2020, Rae signed with talent agency WME so they could continue to build her career outward from social media to bigger avenues such as film and television, music, podcasts, and future endorsements. Only a year into her TikTok career, Forbes reported Rae as the top paid content creator earning around $5 million in 2019 for her posts on social media alone. Considering the accomplishments Addison has made in her short stint of stardom, we can only begin to wonder what is next for this 20-year-old mogul. So far, it looks like her first start to branching out from TikTok came in the form of a starring role in a soon-to-be Netflix original film.

He’s All That: gender-bending remake of 90’s classic – Netflix takes the reigns

1999 rom-com and fan-favorite ‘She’s All That’ centers on Zack (Freddie Prince Jr.) the high school jock that makes a bet with his two best friends (Paul Walker and Matthew Lillard) that with his charm alone, he can make the school’s nerdiest girl (Rachael Leigh Cook) desirably popular. Nearly twenty years later, Miramax announced in late 2020 Rae would star in this gender-swapping remake of their beloved 90’s classic. This new film follows a similar formula — with roles reversed, this time following a teenage girl’s perspective. Addison’s character, Padgette Sawyer, is the “it girl” in high school whose image becomes tainted after her ridiculously popular boyfriend was caught cheating on her.

Desperate to regain her popularity, she makes a pact with her two best friends that she can turn the school’s biggest outcast, Tanner Buchanan (Cobra Kai), into prom king. Rachael Leigh Cook is returning to the reboot as a new character while the film rounded out the rest of its cast with well-known young adult actors such as Peyton Meyer (American Housewife), Madison Pettis (American Pie), Isabella Crovetti (Magic Camp).

Kourtney Kardashian (Keeping up with the Kardashians) is set to make her feature film debut with a cameo role in the movie. Mark Waters (Freaky Friday, Mean Girls) is set to direct and the original film’s writer R. Lee Fleming Jr. (Light as a Feather) as well as original producers Jennifer Gibgot and Andrew Panay will be resuming their titles for the reboot. Netflix has recently acquired the rights to ‘He’s All That’ and will be available to its viewers in over 190 countries around the world. According to Deadline, this deal cost Netflix over $20 million.

Lead actress to pop star, here’s where you can find Addison next

With her very first acting role under her belt, fans are eager to know what Addison Rae is up to next. Her plate is rather full as she juggles hosting her weekly Spotify playlist with her mother Sheri Easterling ‘Mama Knows Best’, promoting her cosmetic line ‘Item Beauty’ where she holds the company title of Co-Founder all while still posting her regularly scheduled TikToks in between meetings, interviews, photoshoots, and so forth. Fans were also delightfully surprised when she dropped her very first single titled ‘Obsessed’ less than a week ago which has already surpassed 11 million views on YouTube.

In an article with Rolling Stone, Rae admitted that she used her time wisely during the pandemic to study songwriting and production while also building a trustworthy team that could lead her to pop-stardom. She released this single under Jacob Kasher Hindlin’s independent record label called Sandlot Records. She collaborated with a team of successful songwriters and publicists to ensure she was taken seriously in this musical endeavor, which her fans have graciously taken a liking to.

While there is no official word on when fans can expect ‘He’s All That’ on Netflix, it is assumed to be released sometime later this year. In the meantime, keep an eye out for Addison’s latest endeavors as she continues to make her way toward superstardom.